This week we will look at two very different types of formal poetry:  the French villanelle and the Japanese haiku ballad.

The villanelle is a highly structured poem made up of five tercets followed by a quatrain, with two repeating rhymes and two refrains. 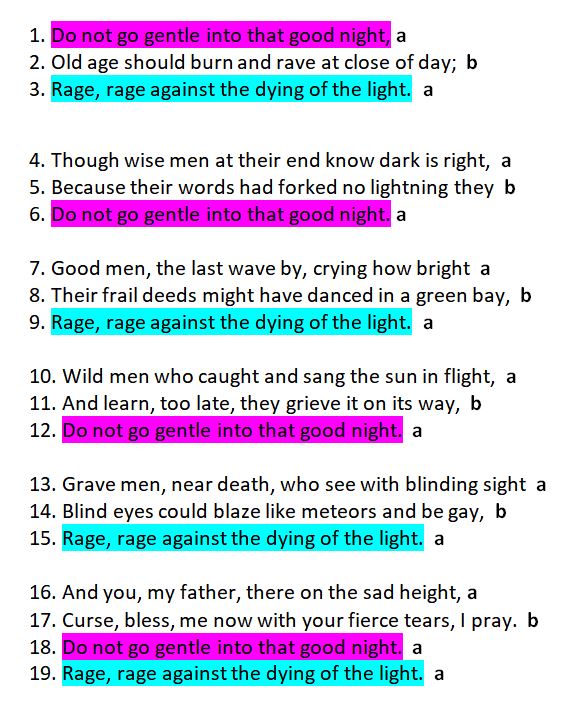 History of the Villanelle Form

The villanelle did not start off as a fixed form. During the Renaissance, the villanella and villancico (from the Italian villano, or peasant) were Italian and Spanish dance-songs. French poets who called their poems “villanelle” did not follow any specific schemes, rhymes, or refrains. Rather, the title implied that, like the Italian and Spanish dance-songs, their poems spoke of simple, pastoral or rustic themes.

While some scholars believe that the form as we know it today has been in existence since the sixteenth century, others argue that only one Renaissance poem was ever written in that manner—Jean Passerat’s “Villanelle,” or “J’ay perdu ma tourterelle”—and that it wasn’t until the late nineteenth century that the villanelle was defined as a fixed form by French poet Théodore de Banville.

Regardless of its provenance, the form did not catch on in France, but it has become increasingly popular among poets writing in English.  Contemporary poets have not limited themselves to the pastoral themes originally expressed by the free-form villanelles of the Renaissance, and have loosened the fixed form to allow variations on the refrains.

Villanelles often take large complicated topics like death or loss or love as their subject.  They use the looping, repetitive structure to provide various aspects or perspectives, in the end letting the reader decide what to make of it. Elizabeth Bishop’s “One Art” is another well-known example; other poets who have penned villanelles include W. H. Auden, Oscar Wilde, Seamus Heaney, David Shapiro, and Sylvia Plath. 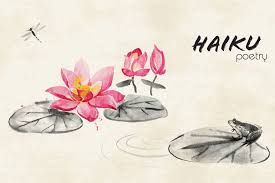 A traditional Japanese haiku is a three-line poem with seventeen syllables, written in a 5/7/5 syllable count. Often focusing on images from nature, haiku emphasizes simplicity, intensity, and directness of expression.

History of the Haiku Form

Haiku began in thirteenth-century Japan as the opening phrase of renga, an oral poem, generally a hundred stanzas long, which was also composed syllabically. The much shorter haiku broke away from renga in the sixteenth century and was mastered a century later by Matsuo Basho, who wrote this classic haiku:

An old pond!
A frog jumps in—
the sound of water.

As the form has evolved, many of its regular traits—including its famous syllabic pattern—have been routinely broken. However, the philosophy of haiku has been preserved: the focus on a brief moment in time; a use of provocative, colorful images; an ability to be read in one breath; and a sense of sudden enlightenment.

Here are a few other examples of haiku:

“A World of Dew” by Kobayashi Issa

A world of dew,

And within every dewdrop

A world of struggle.

“Lighting One Candle” by Yosa Buson

The light of a candle

Is transferred to another candle—

“The Taste of Rain” by Jack Kerouac

There are many, many forms of formal poetry.  For a very incomplete list, please go to this link: https://www.poetryfoundation.org/learn/glossary-terms?letter=V

ENG 106 by Leigh Hancock is licensed under a Creative Commons Attribution 4.0 International License, except where otherwise noted.