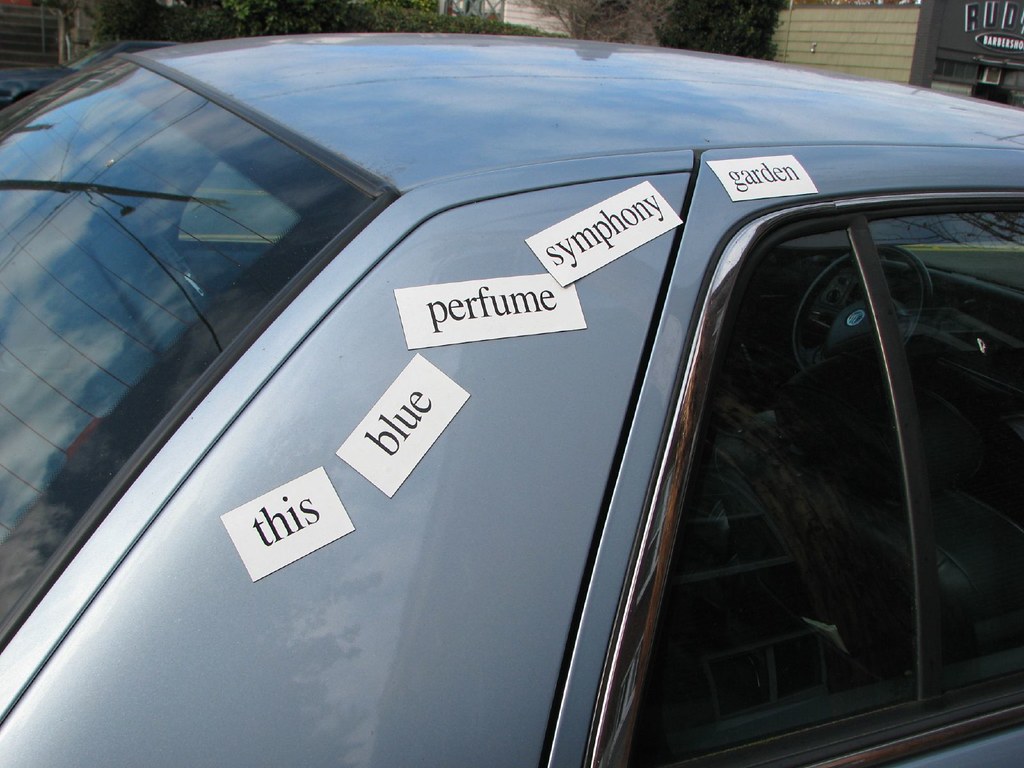 Perhaps you’ve heard the phrase, “he (or she) was just being poetic.” It’s a phrase you wouldn’t be surprised to hear after someone utters some flowery description of a sunrise or a snowstorm. It describes a use of language that is perhaps pretty but also meaninglessly ornate. It’s an unfortunate use of the word. Authentic poetic language is very different.

Poets use the same words (“house, bridge, fountain, gate”)  that everyday people use.  There are no words that are reserved solely for poets.  But they use them in ways that often exploit and play at the poem’s accepted meanings.

For one thing, poetic language is often figurative rather than literal.  But what does that mean?  Literal language says exactly and directly what it means:  “The president is the head of the country”   Figurative language, on the other hand, goes beyond dictionary definitions, perhaps representing one thing by means of another thing, i.e., referring to the President as “The White House.”  Figurative language capitalizes on the subtle, multiple connotations a word may carry and it works to develop new meanings for words.  Figurative language strives to communicate what  a literal statement cannot.

Poems are often the most concentrated expressions of language’s inherent poetry. Poets are more conscious and deliberate in their use of language. Sometimes they heighten or intensify ordinary ways of using language; sometimes they pack maximum meaning into each word.  Sometimes they play with the multiple meanings (connotations and denotations) in every word, a practice that can make poems seem contradictory and hard to understand.  But these multiple and subtle meanings are also what give poems their richness and power.

It’s important to  note that poems do not use only–or at times even very much–figurative language.  For example, consider this poem by carpenter-poet Clem Starck: 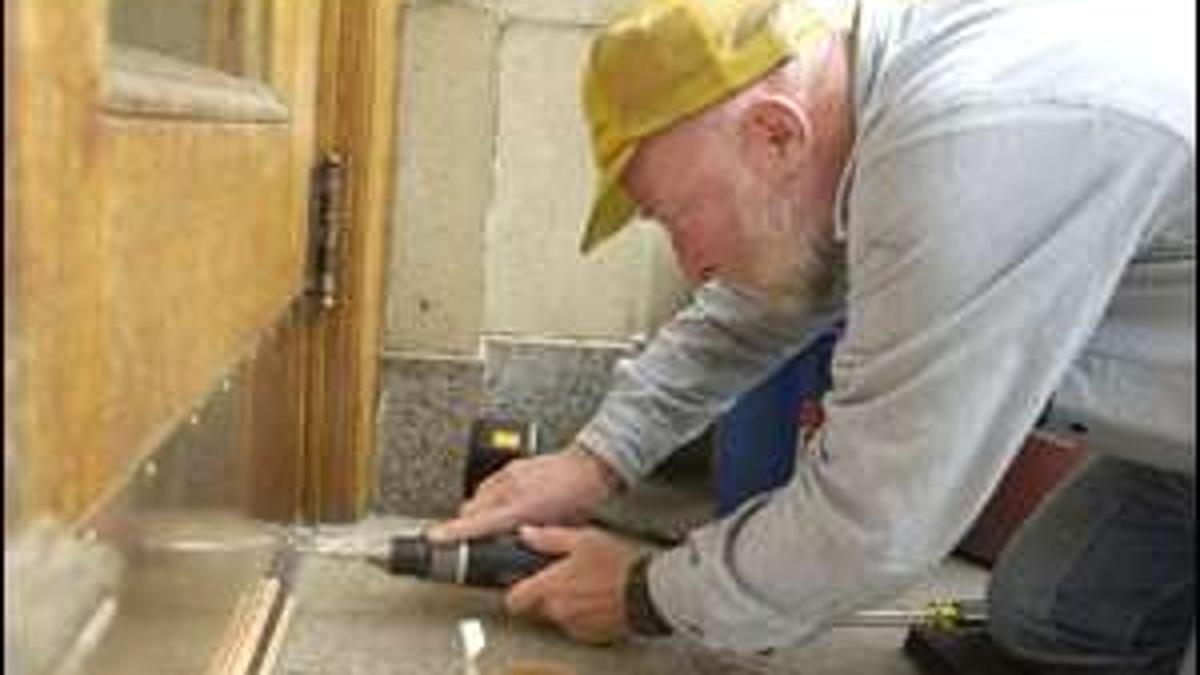 me and Maloney all that’s left of the crew.

Sunk in the hillside,

hundreds of tons of reinforced concrete

formed in the shape of a drum

it could be a kiva, or a hat box, or look from the air

It could be a storage tank for toxic waste.

It could be a vault to house

In any case, it’s finished,

And I’m left with Maloney,

who likes to drink beer after work

when he finds them

prowling in back of his warehouse at night.

He laughs, telling the stories.

After a year and nine months he decided he’d rather

I know what he means.  I work

When it rains we work in the rain. When it snows

we work in the snow.

I am Maloney’s right-hand man:

when he laughs I laugh too.

Pretty straight-forward, right?  And yet–even though this poem uses everyday language, it seems to be trying to say more than just what’s on the surface.  This poem vibrates with more meaning than meets the eye.  How, on a language-level, does it do that?

In some sense, all language is figurative, since the word ocean is not the actual ocean.  You cannot swim in it.  “Ocean” represents or even symbolizes a cool, briny substance that covers over half the earth.  So in some sense, every time we talk, we engage in poetry!

Think about common figurative expressions that, at first glance, sound literal, but in reality do not mean what they literally say:

In reality, the difference between literal and figurative language has less to do with the words themselves and more to do with how they are used or understood.  What is the poem’s intent?  What is it trying to do?

Let’s look at these three examples:

2) She felt as though she’d just lost her best friend.

3) She turned away and looked out the window. The world outside became blurry.

The first sentence is basically literal.  It communicates the emotional state of a female person. It’s not especially deep or interesting, but it is fairly clear.

The second sentence is more figurative, because it compares how she feels to a state the reader might understand: losing one’s best friend.  This sentence is somewhat cliche, however, so it doesn’t carry a lot of emotional charge or interest for the reader.

The third sentence offers us readers the image of a female person looking out a winder while her vision goes blurry.  We don’t know what is happening, but we might assume that tears are blurring her vision….and therefore realize that she is sad.  This sentence is a bit more impactful than the first two, because it calls on us to engage, empathize and interpret a statement that is more than its literal meaning.

In poetry, we need both figurative and literal language because they do different jobs.

There are many different types of figurative language, including but not limited to the following:

Being able to rattle off the names and pat definitions of these terms is not important or helpful, although the more you understand the language of poetry, the easier it is to communicate your interpretations to someone else.  What’s more helpful is to learn to identify when a poet is using figurative language, so that you can better access and understand the deeper meanings.  Here are a few definitions and examples to get you started.

Metaphor—a figure of speech in which one thing (which usually is easy to understand) stands for another thing (which is often more abstract). In Blake’s “The Tyger,” we know that the tiger is not quite a literal tiger. But it’s not entirely figurative either. The figure depends for its meaning on the “tigerness” of real tigers. But what exactly the tiger refers to or stands for is never made crystal clear. 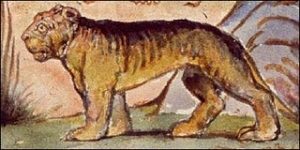 Tyger! Tyger! burning bright
In the forests of the night,
What immortal hand or I
Could frame thy fearful symmetry?

You might also notice that within the overall metaphor of the tiger, there are other metaphors such as “burning bright.” “Burning bright” compares our metaphorical tiger to a fire.” But why is the tiger burning? When you read the poem, you will see that this tiger was made with a hammer and chain in a furnace. The metaphor makes a tiger the creation of a blacksmith (the blacksmith being a metaphor for God). This is not how “literal” tigers are made. Why has Blake chosen these metaphors? What effect do they have on our reading or understanding of the poem? Such questions can be answered—and they can be answered either well or poorly. But the answers will not be as simple or final in this poem as the answer to the question of the child/book figure in Bradstreet’s poem.

Still other metaphors may be impossible to pin down precisely. Both of the figures mentioned so far evoke emotion or feeling as well as meaning. But it is possible to take a figure so far into the emotional that it loses all sense of the intellectual meaning, as some claim T.S. Eliot does in this image from a poem not on our syllabus,

The yellow fog that rubs its back upon the window-panes,
The yellow smoke that rubs its muzzle on the window-panes,
Licked its tongue into the corners of the evening,
Lingered upon the pools that stand in drains,
Let fall upon its back the soot that falls from chimneys,
Slipped by the terrace, made a sudden leap,
And seeing that it as a soft October night,
Curled once around the house, and fell asleep.

It’s clear that the poet is comparing fog to a cat (this is an implied metaphor because the cat is invoked without ever being named). The “catness” of fog is however far less obvious than the fearful power of blacksmith/God is to a tiger or the mother to child relationship of an author for her book. Moreover, this fog-cat metaphor is stretched out to such an absurd length that it begins to lose sense. We learn very much less about fog by comparing it to a cat than we learn about books by comparing them to children or about God by comparing him to a blacksmith.

But the difficulties we may have with the cat-fog metaphor doesn’t mean that the poet has failed. In the context of the poem it is clear that the metaphor is meant to reveal more about the state of mind of the title character than about the catness of fog.

We’ve barely begun to discuss the intricacies of metaphor. But that will be enough for now. We could spend the whole book on the subject. Many books have been writing trying to understand all there is to understand about metaphor. We’ll go through the rest more quickly.

Simile. Simile is very much like a metaphor but it uses an explicit word, usually “like” or “as,” to compare one thing to another. So instead of saying “My book is my child,” You say, “My book is like a child.”

Irony: saying one thing but meaning another, generally the opposite. Saying of a beautiful painting, “Oh, isn’t that ugly.” In irony we perceive that the words deliberately fail to coincide with their usual meaning.

Symbol: The use of a verbal object or quality of an object to stand for an abstract idea. The black hats worn by bad guys in Westerns and the white hats worn by Good Guys are symbolic of evil and good. Notice that they are not metaphors, but they could be metonymy, since we somewhat arbitrarily associate white with good and black with evil.

ENG 106 by Candace Bergstrom; Leigh Hancock; and Alan Lindsay is licensed under a Creative Commons Attribution 4.0 International License, except where otherwise noted.