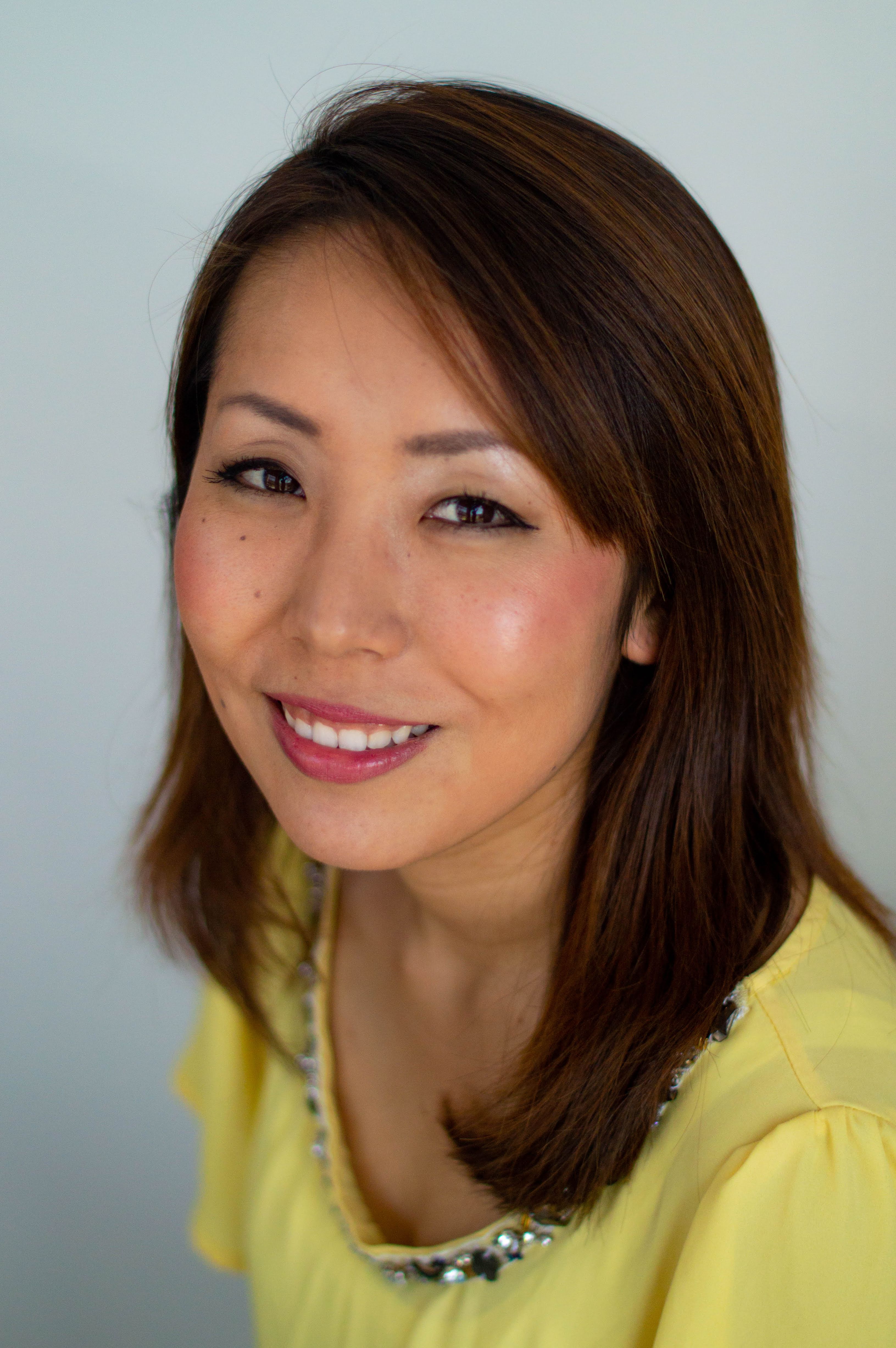 I was born in Tokyo, but my father is Okinawan and when I was four we moved to Okinawa. We are this chain of little islands. Okinawa has a culture that is close to Chinese culture. Okinawa has been part of Japan since the 19th century but there is a little bit of discrimination for a mainland person because of the war.  In school they taught us how horrible the war was and everyone would say that we should never start a war again.

I was born in 1991 and my parents were born after the war.  My grandmother was a survivor of the war, she is almost a hundred years old. She doesn’t want to talk about the war at all.  My grandmother told me only one story, when I introduced my white American husband to her. He doesn’t speak Japanese so they just shook hands and I translated. She saw his eyes and said he seemed like a good person. A lot of Okinawans hate Americans, well not hate, hate is a strong word, but because of the US bases in Okinawa.  There is a lot of land and there is a lot of controversy about the bases. There are always protests going on.  My grandmother said that she knows that not all Americans are bad people.  She got a lot of candy from American soldiers, that was her first time having chocolate. She said that compared to Japanese army, some Americans have a good heart.  He seemed like one and she said it was ok to marry him.  That was the only story.

But I’ve heard from her friends because she is a very social person, a lot of people come over, so I’ve heard the stories. Some of her friends killed themselves because the Japanese army said that if you get captured by Americans you have to suicide before they torture you.  They were told if they capture you they will torture you, if you are a woman they are going to rape you.  I saw one picture, there was a naked person run over by a tank.  I don’t know if it was true or not, but they were told that this was going to happen to you also. A lot of them suicided because they didn’t know that the war had ended.  Okinawa fighting lasted almost two months longer than the war so there was a little confusion, or were they just lying?  They didn’t know and a lot of them suicided.

Eighty percent of the total US military stationed in Japan is in Okinawa. Right after the war the US took the whole island and almost thirty years later they gave it back to Japan, but it is still geographically in a good location.  That’s what I’ve been told in school, that it is a good location for US military so they don’t want to give it up. They just gave back most of the land, but still keep a lot of the bases. The people of Okinawa, my grandmother’s generation, most of them are against it.  They just took their land. Whoever owned the land they didn’t get any money, they just took the land.  Whoever owned the place before, of course they are going to be angry about it. Okinawa has a strong land.  It is a little different than here.  My grandpa had a lot of land because he was a farmer.  We aren’t using it anymore, but my grandma is not going to sell the land because she wants to keep it in the family.  So my parents, my dad got land from grandma and he built a house and did that for all of her kids.  She has five kids; one lives on the mainland and four live on Okinawa, so they all get land and build a house, but my aunt sold her house and my grandma was very angry because she wanted to keep it in the family. So I would say that a lot of people have strong feelings about land.  They don’t want to sell to strangers.

The younger people feel differently because we get a lot of US products on bases and military brings a lot of business, restaurants and stuff, good business for whoever is hired by US military because not just Americans work on military base.  There are guards, military contractors, hired at good pay, so for a lot of younger people it is good for the economy.

Around some of the bases are other kinds of business. Prostitution is legal in some places.  Government has made it ok in a particular place.  It says that they just go there to take showers together, they don’t do any sexual stuff but I am pretty sure they do.  The government allows some part of it.  Only particular places near the base. In Japan it is really popular to go to a snack bar, you just go there and sit there and talk to a girl and have a drink.  It is a popular easy way to make money.  You don’t have to do any sexual stuff, you just have to sit there and talk to them. Whoever does more, they are not forcing.  They usually have guards to protect girls if men try to touch them.  They are American and Japanese men who go to these places. It is accepted in society. 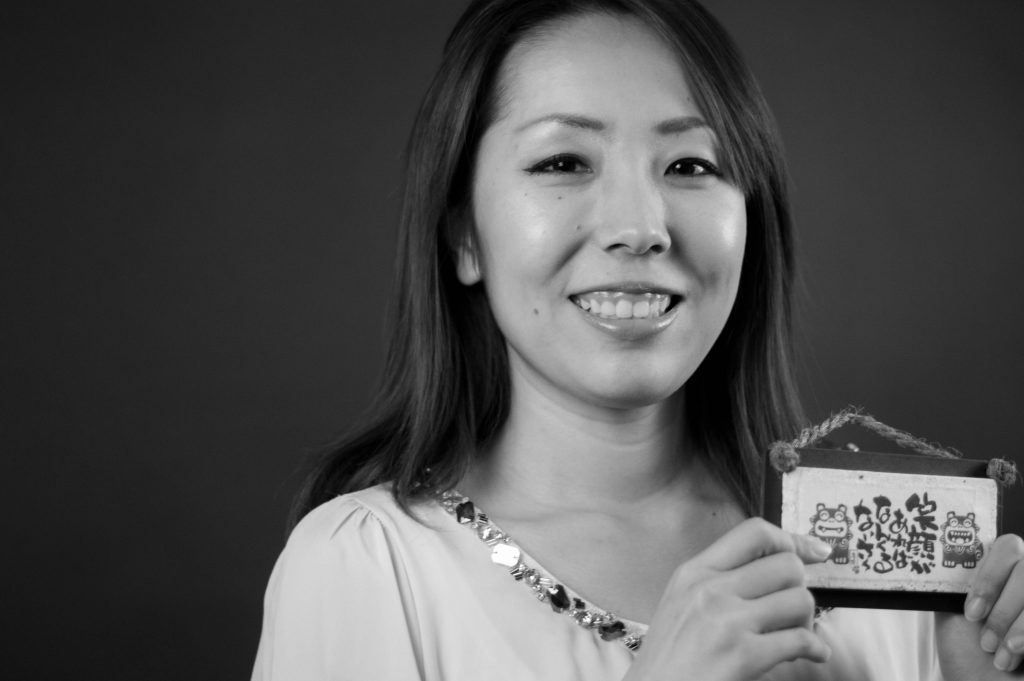 My friends introduced me to my husband.  We got married pretty quickly. He was in the military in Japan.  We got married six months after we met because he was going to be stationed in Kyrgyzstan for a little bit.  And if we didn’t make any commitment we would likely break up.  And so we got married and so far so good. Then we came to the US;  I kinda knew when I married him. It wasn’t my first choice, but I already made up my mind if we have to come to the US I would.

My process took only about a year because military has a special priority for visas.  One year is what we were expecting.  For some of my friends it took a long time.  My husband’s coworker’s spouse, she’s from the Philippines and used to live in Korea and Japan, and if you live in a country for more than a year you have to get a criminal background check for everywhere you’ve lived. It took her two or three years because a lot of paperwork to process from other countries. I applied to immigration, but mostly my husband did it.  A few months later they got back to us.  I did a lot of medical stuff, too.  I did a lot of vaccines and medical checks to see that I don’t have any sickness.  Finally I did an interview.  They asked a lot of personal stuff because I guess some people just marry for citizenship.  We had been married over two years by the time I did the visa so I was ok and got ten-year green card, but if you haven’t been married and apply for a visa you only can get five-year green card.  After that you have to do the whole process over again.  There is a difference for how long you’ve been dating and how long you’ve been married. They want to know how we met and how long we’ve been dating, how I can trust my husband and they asked about why you want to come to America.

I had been to the US once before to travel, to Hawaii. Hawaii and downtown Honolulu was a tourist place, but it was closer to Okinawa because I felt it was very similar except for the language.  I was surprised by a lot of stuff in the US. Recently I was very surprised about the race problems going on here because I never felt discrimination from anyone here in the US.  I have been here for three years and have never had that problem.  It seems to be a very generous and kind place so I didn’t feel that way.  I was surprised because it is more obvious in Japan if you are a foreigner because there are not a lot of races over there, mostly Asian.  If you are a foreigner it is so obvious and everyone is going to look at you, not in a hateful way, but it just catches people’s eye.  I experience that with my husband a lot because while we were dating certain people looked at us a certain way because of his looks.  I was expecting me to be seen when we moved here, but it is nothing like that.  It was surprising. But in the media, in the news they always talk about racist stuff and it didn’t feel connected to me. After I learned more history I kinda see why people are feeling that way.  Japanese play the victim card sometimes because we lost the war. We are the victim of the atomic bomb and a lot of people died.  It is very tragic thing that happened, but we killed a lot of people also.

I don’t have any other family members here.  If I have a chance I would like to move back at some point.  Japan is not a bad country.  Economically we are pretty great, I would say. A lot of public transportation.  Living-wise sometimes it is better over there, sometimes it is better over here.  I wouldn’t necessarily say that this one is better. For me it is more comfortable over there. I don’t plan to become a citizen yet.  I don’t feel like an American.   I feel like if I change my citizenship it is betraying my family.  I already changed my name, my name is his name, but I heard a lot of negative stuff about changing your citizenship.  I know that from a lot of other countries they want to be a citizen here, and I understand why, but from my perspective I’m going to change citizenship after I’m feel like I’m American. Japan does not allow dual citizenship. I can remain a green card holder indefinitely because I am married.  But if you came here and you are not married I can imagine how hard that process would be. If my husband were to die or get a divorce I could renew my green card and stay. The only benefit of becoming a citizen would be voting. That would be pretty much it.  I vote in Japan.  I can do it from the consulate embassy here in Portland. I used to live in Florida and the closest consulate was seven hours away by car and so it wasn’t worth it to vote.

I also want to say that the US immigration is more generous than Japan. Last year Japan only took five or six refugees, certainly less than ten. We are little island, so geographically a lot of people may not want to move there. The government says it is ok, but in reality it’s not. People move from other parts of Asia, and some people from Syria. I think America is expecting a lot more people; it is a different culture, it is what America stands for.