Two encounters started me down the path to this project.

The first encounter happened during a brunch for International Women’s Day during which a panel of speakers shared their life stories. One woman told her story of escaping Vietnam in an overcrowded boat to a refugee camp in Thailand after the fall of Saigon. Jenny, whose story is included in this project, was someone I had known casually as a colleague for years, but I hadn’t known anything about her past. How many other culturally and historically significant stories were there in the lives of my students and colleagues? And how could knowing them change the way we relate to each other?

The second encounter started with a conversation with a quiet student who was reluctantly chatting with me during break. I was trying to get to know him better in the hopes of engaging him in the course. When he said his parents came to the US from Iran, I asked if they had come around 1979.  “How do you know about the revolution?”  he asked with both incredulity and suspicion. I paused to think about how to answer that question. As a historian, of course I knew about the Iranian Revolution,  but I’m sure that his experience in the US hadn’t given him much faith that anyone here knew anything about Iranian history at all. And when later that term I taught the regularly scheduled lecture about the CIA-orchestrated coup in Iran, the blowback of the revolution, and the hostage crisis, I thought about it differently. I saw the student straighten his back and pay attention in a whole new way. And I hoped that maybe someday one of the other students in the room would not just be able to make an Iranian-American student feel seen, but that they might understand some of the ways the actions of the US government were partly responsible for why he is here.

Portland, OR gets a lot of national attention for being one of the whitest major cities in the United States, but that isn’t exactly what I see when I look around my history classroom at Portland Community College. Over twelve percent of Portland is foreign born and I wager that the percentage at community college is higher; I see many different faces and hear many accents in my classroom. That diversity, however, isn’t always reflected in the curriculum, especially with respect to immigrants, and particularly with respect to US history. As a teacher I try to foster ways for students who are immigrants to see themselves as a core part of US history. I also want all students to see the connections between people’s lives and national policy. As the United States moves toward becoming even more multilingual, international, and globalized in politics, economics, and social issues, it is imperative for all students to understand that recent patterns of immigration are directly related to the history of imperialism, war, trade, and cultural politics of the United States. 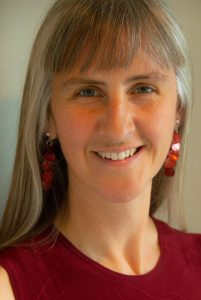 Propelled by the voices of my students and colleagues, and with these goals in mind I decided to conduct a series of oral histories of immigration rooted in the people of Portland Community College. This resource is a strategy to address a dual instructional challenge: the alienation of immigrant students from inclusion in the narrative of the making of the United States and the oversimplified immigration story as presented by the mainstream media. There are many stories of immigration already available, but this project creates a more tangible connection between students and their own immediate community.

I’ve collected the edited transcripts and the photographs into this book to use a text for my US history course, but the material is an open educational resource. This is academic jargon for a text that is free for other instructors to also use, but is also available to a wider audience, including the narrators, their families, students, and the larger community.

I’d like to thank some of the people who helped make this project happen. Thank you to my early readers, Cryss Punteney, Rory Elliott, Nimisha Gokaldas, and Monica Matthews, for catching so many typos. (If there are any left, the responsibility is mine). Cynthia Kimball has far surpassed checking for simple edits by giving me thoughtful feedback as well as repeatedly engaging with me in lengthy conversations about the abstract ideas, philosophical questions, and pedagogical possibilities of this project; I cannot thank her enough. I am grateful to all the people who helped me connect with people to interview, especially Nancy Wessel, Cynthia Kimball, Luciana Diniz, V. Martin, Tanya Batazhan, and Usha Ramanujam.  I’ve been indebted to professional oral historian Irene Reti for training me so many years ago, and for her continuing support and advice. While the design of the ebook comes from the pressbooks templates, I cannot express enough admiration and gratitude to graphic designers Robert Perry and Filo Canseco, who made the physical display and printed book look so beautiful. Robert also provided vision and inspiration to dream so much bigger.  His enthusiasm and generosity astounds me. With the help of Abe Proctor, Traci Fordham, and Tricia Brand of the Office of Equity and Inclusion Robert and I hope to be able to share this project with the wider community at PCC.  For help with Open Educational Resources I benefited from the advice and expertise of librarians Jen Klaudinyi and Amy Hofer. I also appreciate the PCC library for letting me use the study rooms for interview space and the PCC Multimedia labs for access to photo editing software. Thanks to Nancy Wessel, Kurt Simonds, and Karen Edwards for helping me secure sabbatical time to work on this project. I also owe my gratitude to the Mellon/American Council of Learned Societies for generously funding this project.

There were both tears and laughter in so many of these interviews. Many times I left the interview in a swirl of frustration at the cruelty of history and admiration for the tenacity of humanity. I’m humbled by this experience and feel immense gratitude for all who generously gave me their time and courageously shared their stories. My biggest thanks goes to all of the narrators whose stories are the reason this project is here.