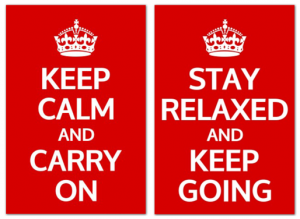 Paraphrasing is another way of presenting ideas from source material in your own words, but without the condensing that happens in a summary. Instead, paraphrases stay approximately the same length as the original source material being paraphrased.

You might paraphrase a section from a source (unlike summary, it is unlikely that you will ever need to paraphrase an entire source) when an idea or point in that source is important to an assignment you are working on and you feel it needs to be included, but you can rephrase it in a way that fits your work without losing any key information.

For example, let’s look at the last paragraph of the Scientific American article (found at www.scientificamerican.com) “Are you a Magnet for Mosquitoes?,” about why mosquitoes are more attracted to some humans than others. The sentence, “Scientists that study human odors and genetics have previously suggested scent cues associated with genetics are likely controlled via the major histocompatibility complex (MHC) genes” could be a good candidate for a direct quote because I wouldn’t know how to paraphrase the part about MHC genes.

The sentence that follows, though, says this:

“Those genes appear to play a role in odor production and also in mammals’ mating choices—because humans and mice alike appear to prefer mates that smell less similar to themselves, which scientists have theorized may be a natural control against inbreeding.”

Since there isn’t particularly specialized or original language in here that must be preserved, this second sentence is a good candidate for paraphrase. One way (of many possibilities!) this might look is like this:

These same genes that might be attracting mosquitoes more to some of us than to others could also be helping us choose partners that we aren’t likely to be related to.

What Makes Something a Paraphrase?

It can be easy, when writing a paraphrase, to rely on some of the original author’s phrasing or direct synonyms for the author’s original words. Remember that a paraphrase must be entirely your own writing, not just phrases or words substituted in the same sentence structure, length, etc. used by the original text. Write paraphrases in sentence structures that are natural to you and true to your own writing voice. The only job of a paraphrase is to accurately and completely represent the relevant idea presented in the text you are paraphrasing.

How Should I Organize a Paraphrase?

It is not likely that you will encounter an assignment that solely requires you to paraphrase a text. Instead, you will use paraphrase to support your own points and ideas in work with a wide range of goals. That said, there are still some guidelines for incorporating paraphrase into your work:

Check Your Understanding: Creating a Paraphrase

Here is a brief passage from Sarah Boxer’s article in The Atlantic, “An Artist for the Instagram Age”: “The fact that some folks have managed to make the scene while others get left out in the cold is integral to the excitement of participatory art. The thrill is akin to exotic travel, or getting to see Hamilton. Because not everyone who wants the experience actually gets the experience, these works, even if their intentions and messages are democratic, tend to become exclusive affairs.”

Which of the following is an appropriate paraphrase of this passage? Why is that one “good” and the other one less functional as a paraphrase?

See the Appendix, Results for the “Check Your Understanding” Activities, for answers.

The Word on College Reading and Writing by Carol Burnell, Jaime Wood, Monique Babin, Susan Pesznecker, and Nicole Rosevear is licensed under a Creative Commons Attribution-NonCommercial 4.0 International License, except where otherwise noted.