Felony disenfranchisement is the exclusion from voting of people otherwise eligible to vote (known as disfranchisement) due to conviction of a criminal offense, usually restricted to the more serious class of crimes: felonies. Jurisdictions vary as to whether they make such disfranchisement permanent, or restore suffrage after a person has served a sentence, or completed parole or probation. Affected individuals suffer “collateral consequences” including loss of access to jobs, housing, and other facilities.

Opponents have argued that such disfranchisement restricts and conflicts with principles of universal suffrage. It can affect civic and communal participation in general.

On the Disenfranchisement rate sheet, use the Recommended Chart tool to create the following three charts.  Put each chart on its own individual sheet.  (Note:  Not an object in a spreadsheet.)

You will need to edit the Chart Title.

You may need to adjust the chart size to make it look like the illustration.

Put the chart on its own individual sheet — don’t leave it as an object on the spreadsheet.

Notes:
Take a look at both the Washington and Oregon charts.  They are the same kind of chart, but your charts may look different because the data is a bit different. 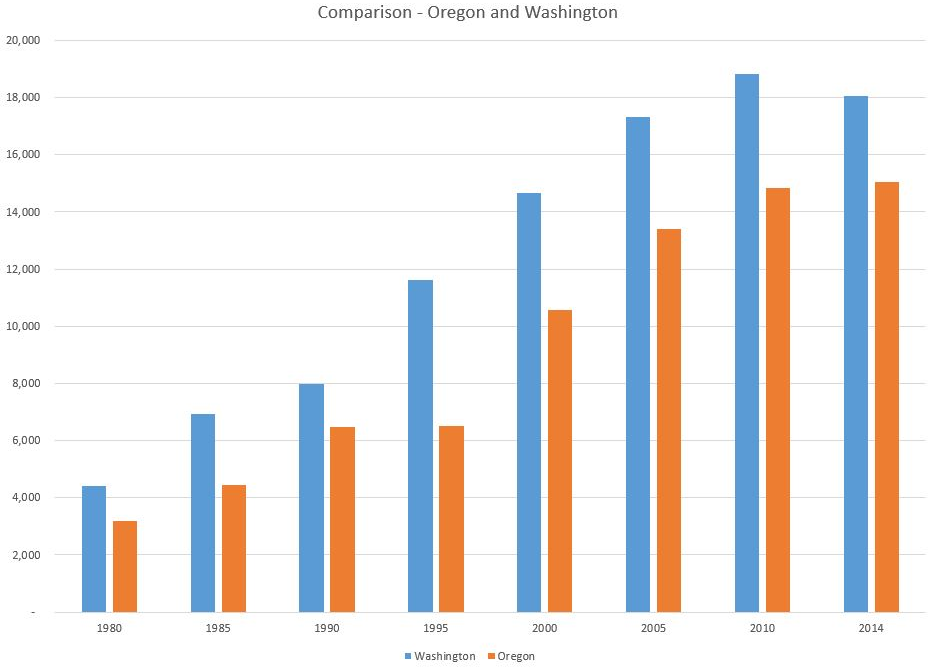 This chart is on its own separate sheet.

“4.6 Scored Assessment” by Noreen Brown, Portland Community College is licensed under CC BY 4.0