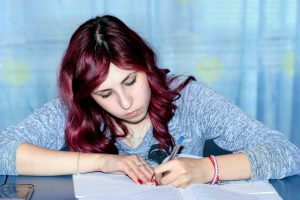 This is Susan. She is a student at Portland Community College. She lives in Portland. 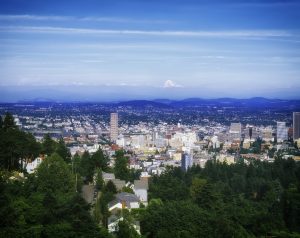 Portland is a small city in Oregon. Oregon is a state in the United States of America. 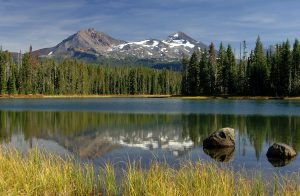 There are many trees, rivers, and mountains in Oregon.

This is the flag of Oregon. It is blue. Oregon is called the “Beaver State.” 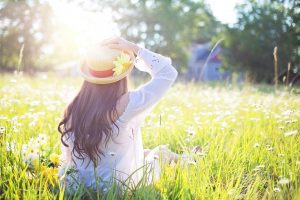 Summers are warm and dry in Portland. Susan likes the sun. 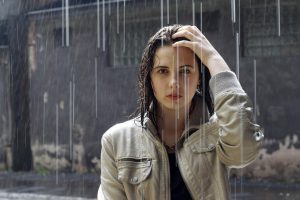 Winters in Portland are different. They are cool and wet. Susan doesn’t like the rain. 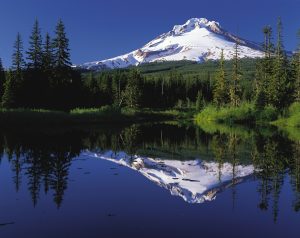 Portland is near a mountain. The name of the mountain is Mt. Hood. 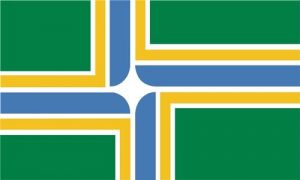 This is the flag of Portland. The green is nature. The blue lines are two rivers. The names of the rivers are the Willamette River and the Columbia River. 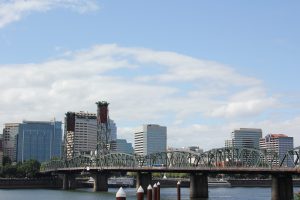 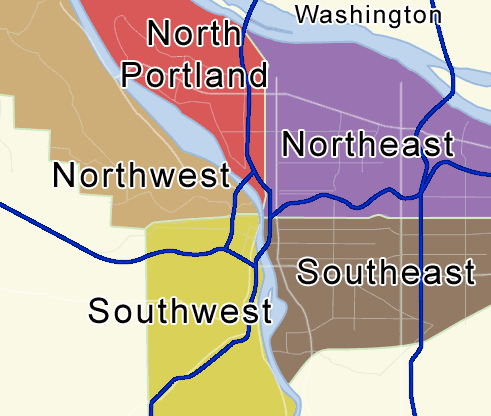 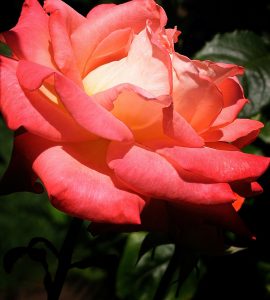 Susan has a garden with lots of trees and flowers. One flower is a pink rose. 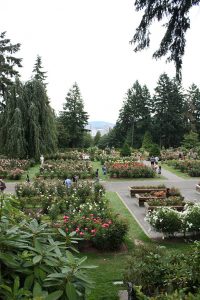 Portland has lots of parks. Many parks have gardens with roses. Portland is the “City of Roses.” 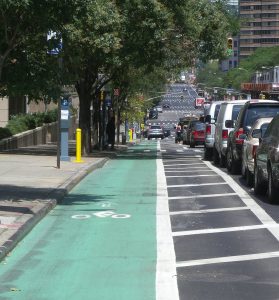 Susan rides her bike to the parks. Portland has many bike lanes on the streets. It’s easy to ride a bike in Portland.

Susan eats lunch outside in the summer. She likes food carts. There are many food carts in Portland. Susan is vegan.

(vegan = she does not eat animals) 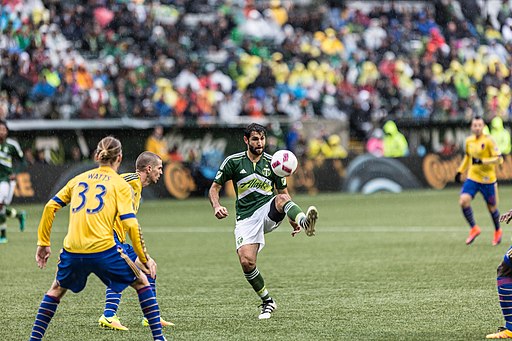 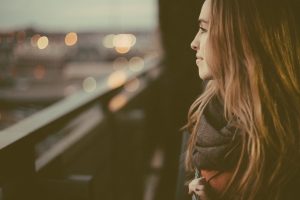 Susan is from Portland. Where are you from? Tell a classmate about it.