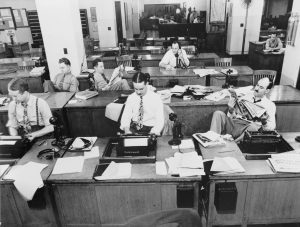 The year is 1948. Dick works at a newspaper in Portland. He writes stories about the city. 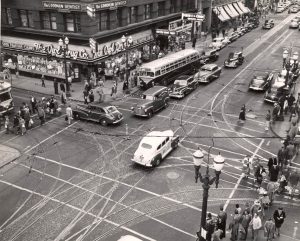 He looks out his window every day. He sees a busy street. He wishes for a park. 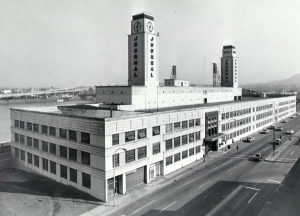 One day he sees a small circle in the street. “What is that?” Dick asks his friend.

“It is a hole. It is for a new street light,” says Dick’s friend.

Dick is a writer. He likes to tell stories. Dick thinks of a better story about the hole in the street. 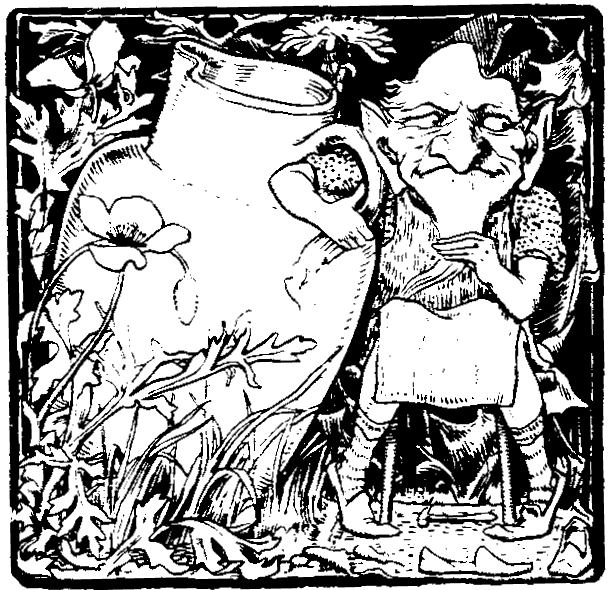 Dick looks at the hole again. Then his eyes grow big. He sees a little man in the hole! The little man is a leprechaun!

(A leprechaun is a small Irish fairy.)

Dick runs to the hole.  He catches the lucky leprechaun.

The leprechaun gives Dick one wish. Dick wishes for a park. 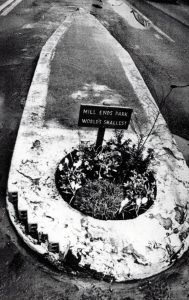 The leprechaun points to the hole in the street. “Here is your park!” says the little man.

Dick pulls weeds. He plants flowers. He thinks it is the best park. “It’s a big park for little leprechauns,” Dick says. He calls it Mill Ends Park.

Dick writes many newspaper stories about the park. He says leprechauns live there. Many people read the stories in the newspaper. They all love the little park.

Mill Ends Park is the smallest park in the world.You can visit it today. It is in downtown Portland at Southwest Taylor Street.

Dick makes a wish in the story. He wants a park. What do you wish for?