People who have experienced marginalization in this country continue to work to raise their families, to ensure their children have better lives, and to work toward . While there are a multitude of individual, organized, and grass roots efforts that work both outside and inside the representative system, we have looked most closely at the analysis of the feminist movement and the ways it intersects with other needs and activism.

The United States has been focused on the Black Lives Matter social movement more fully in 2020 than ever before. Black people have been actively seeking change for hundreds of years. The year 2020 saw increased activity both amongst Black people and among individuals who are not Black. Nationally, there is increased understanding of the and bias that Black people continue to experience. This is a time of enlightenment and understanding, and rapid change. The authors encourage readers to continue to understand how past and current practices affect the experiences of Black and multi-racial families.

One aspect of the current Black Lives Matter movement is the increased involvement of people from other races and . Called “allies,” people who do not have a Black or identity, who work to support and advocate for equity, come to this position through a variety of experiences and observations. Often it is an interaction with a close friend or family member who experiences racism that impacts allies. But others may not have close experience with people of color. to stories, whether through music, the news, novels, or podcasts, is critical to understanding someone else’s lived experience. In this podcast, you can hear about one ally, a young Korean American, who surprised himself by speaking up.

Allyship is critical to changing systems of bias, dissemination, and the corresponding privilege that other groups experience. The focus of the story should continue to be Black individuals who have experienced ongoing systemic harm to their families. They have continued to advocate for understanding of their experience, representation, belonging, and an equal opportunity to participate in society and institutions.

You have likely heard of Dr. Martin Luther King Junior’s “I Have Dream” speech delivered in Washington, D.C. on the steps of the Lincoln Memorial on August 28, 1963. Maybe you have heard these famous lines,

I say to you today, my friends [applause], so even though we face the difficulties of today and tomorrow (Uh-huh), I still have a dream. (Yes) It is a dream deeply rooted in the American dream. (Yes)

I have a dream (Mhm) that one day (Yes) this nation will rise up and live out the true meaning of its creed (Hah): “We hold these truths to be self-evident, that all men are created equal.” (Yeah, Uh-huh, Hear hear) [applause]

I have a dream (Yeah) [applause] that my four little children (Well) will one day live in a nation where they will not be judged by the color of their skin but by the content of their character. (My Lord) I have a dream today. [enthusiastic applause]”

You can read the full text here, at the King Institute’s website.

You can watch the whole speech here, with subtitles (although there are occasional places where the audio has been lost).

It’s worth reading and listening to, and reflecting on your viewpoint about whether and how the country has progressed and changed since this speech in 1963. Even as we reflect, we must keep in mind our own . This author, a White person, has not experienced the negative effects of racialization; in fact I have benefitted from it, even when I didn’t realize it. So, reflect. And a part of that reflection must be the willingness to hear the experience and viewpoint of those whose social identities put them most at risk for structural and individualized discrimination. 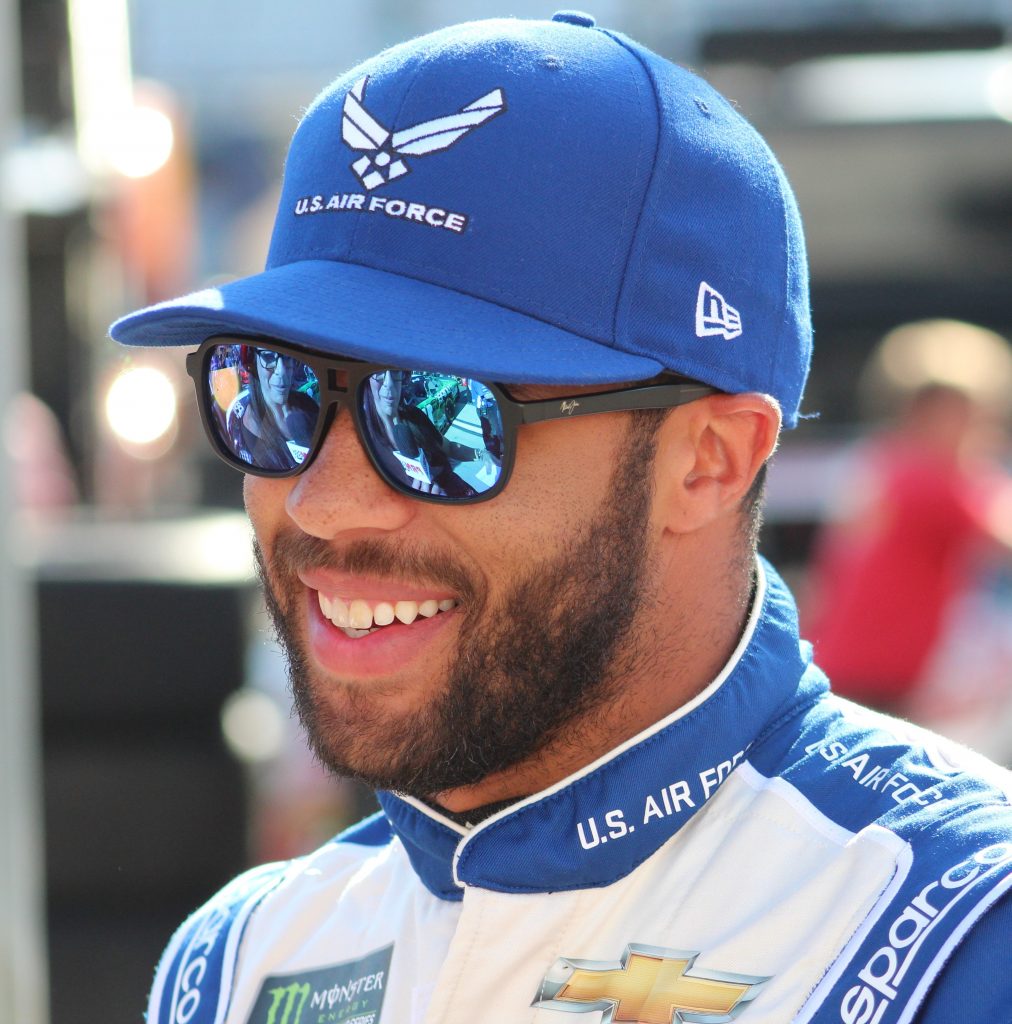 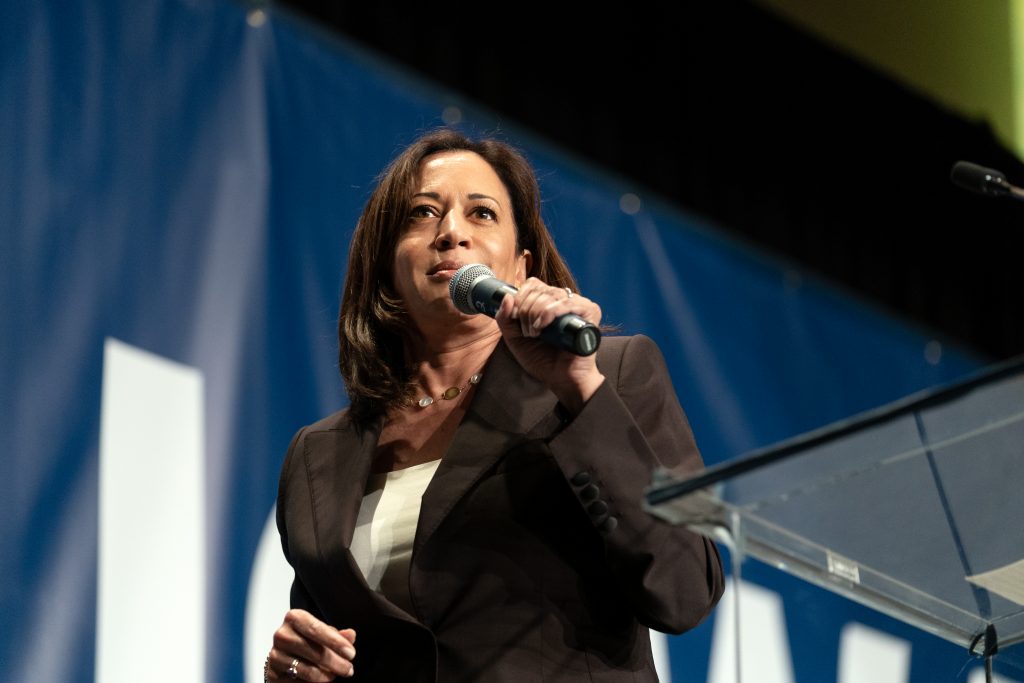 There are many Black leaders who are changing the way that representation is expressed and experienced. Bubba (Darrell) Wallace, a successful National Association for Stock Car Auto Racing (NASCAR) driver made significant headlines by calling on the organization to ban the display of Confederate flags. Within 48 hours, the flags were banned, and he had his race car painted with a Black Lives Matter theme. This famous athlete used his personal influence combined with the ongoing social movement and the current national focus to address a longtime problematic symbol of oppression.

The Black Lives Matter movement has a website and if you’ve heard the media characterize what Black Lives Matter means, read here. For example, you’ve probably heard something about “defunding the police.” Before assuming what that means to this movement, take the time to read about it.

Senator Kamala Harris, a woman of Black and South Asian (Indian) ancestry was elected Vice President in the national 2020 election. Her nomination and election highlights her education and work accomplishments as well as the importance of representation at the national level. The election of one Black leader does not solve the that many people of color experience, but it is one step along the way.

We have looked closely at several ways that representation affects families in the United States. As you continue your education in this class, and in the future, pay attention to the ways in which you see representation making a difference, and the potential for changes in representation.

Ensuring that people have what they need in order to have a healthy, successful life equal to others.  Different from equality in that some may receive more help than others in order to be at the same level of success.

The personal or institutional action of treating people unjustly based on notable characteristics, often related to traits such as race, sex, age, or sexual orientation.

A social category and shared identity based on a common culture or national sense of belonging.

An acronym for “person of color” or “people of color.” Can refer to individuals with a skin tone other than white.

Here, "listening" implies the willingness to learn about the experience of others with more curiosity and less judgement.

A person’s sense of self as defined by and in relation to the combination of social characteristics, roles, and groups to which they belong.

Contemporary Families: An Equity Lens by Elizabeth B. Pearce is licensed under a Creative Commons Attribution 4.0 International License, except where otherwise noted.