For about 100 years, water in the United States has been supported by a federally funded infrastructure that ensures families safe drinking water and sanitation. Water-borne diseases, such as cholera, were virtually eliminated by the provision of this system. Although the effort to create safe water and sanitation was well funded up until the end of the 20th century, there are some geographic areas and groups that are underserved; systems were not funded before funding dried up.

Safe water and sanitation can be defined by these three things:

is a barrier to safe water access. Challenges in poor communities include contaminated water supplies, housing with lead-infested water, other substandard plumbing issues, and unequal distribution of public drinking water such as water fountains in schools and other public places.

As individuals more regularly carry their water with them, access to a bottle filling station can mean the difference between a one-time purchase or the ongoing expense of hundreds of plastic water bottles. Look around your own daily environments; where can you find these stations? Could there be more bottle fillers added and more equitably distributed?

Almost one third of adults in America are inadequately hydrated. Race is the biggest predictor to lack of water access; African American and Latinx people are more likely to experience lack of adequate hydration as are lower income people.[1] This graphic from the University of North Carolina describes six access challenges.

There is no centralized government or research entity that collects national data about water and sanitation in the United States, which creates challenges to assessing and meeting needs. In November, 2019, the US Water Alliance and Dig Deep, two organizations dedicated to improving water access for families in the United States, released a comprehensive report analyzing all available data from local, regional and national sources. More than two million Americans lack access to safe water. Closing the Water Access Gap in the United States: A National Action Plan has five key findings:

Along with race and poverty as indicators, the report identifies residents of Puerto Rico, people, and members of American Indian communities as having a greater likelihood of lack of access to water and sanitation.[2]

Let’s look more closely at a community that has experienced a safe water crisis between 2014 and 2020. For some context, Flint was a booming city with an economy centered around the automotive industry through the late 20th century. In fact, this is where vehicle manufacturer General Motors was founded. Although its industrial prime is past, Flint is still home to roughly 100,000 Americans. According to the United States census population estimates, 53.7% of Flint residents are African American and 40.4% of its population lives in poverty.[3] The median household income in Flint is about $24,000-$27,000 a year.

City officials in Flint decided to change its water source in 2014. The city used to get its water from the Detroit Water and Sewage Department. This water was treated and sourced from Lake Huron and the Detroit River. While this worked fine, the city was strapped for cash and in 2011, Flint had a $25,000,000 deficit.[4] The city declared a state of emergency and was looking for ways to save money. City leaders decided to source water from the Flint River as a cheap and temporary alternative while a pipeline from the Huron River was built. Unfortunately, shortcuts were taken and the water was not treated properly for human consumption, which caused spikes of lead in the water. Immediately after the water source was switched, people noticed that the tap water in Flint was different. The color ranged from yellow to brown, it smelled weird, and it tasted terrible.

Dangerous amounts of lead were found in Flint’s drinking water. In one home, Virginia Tech researchers found that the lead levels in the water were between 200 parts per billion (ppb) to 13,200 ppb.[5] Lead amounts above 5,000 pbb are classified by the EPA to be hazardous waste. Children are the most susceptible to the effects of lead. It can lead to many health issues such as anemia, slowed growth, and learning problems. Lead can put pregnant women at risk for miscarriage, as well as causing organ issues in adults. High levels of lead can cause death.[6] An outbreak of Legionnaires’ disease is also thought to be caused by the water crisis.[7] According to the CDC, “Legionnaires’ (LEE-juh-nares) disease is a very serious type of pneumonia (lung infection) caused by bacteria called Legionella.” At least twelve people have died as a result, and numerous criminal and civil lawsuits have been filed against officials. After 18 months of negotiations, a $600 million settlement to be paid by the state of Michigan was agreed to in August, 2020. More than 80% of that money would go to people who were minors and most affected by the toxins in the water. As of the publication of this text, plaintiffs still had time to decide whether or not to agree to the settlement.

To read more about how to find lead in your home environment and the effects of lead on children, click here for the CDC’s infographic.

According to the EPA, “Environmental justice is the fair treatment and meaningful involvement of all people regardless of race, color, national origin, or income, with respect to the development, implementation, and enforcement of environmental laws, regulations, and policies.”[8] People of color and low income families are disproportionately being affected by the water crisis in Flint, a classic case of environmental injustice. These families can’t easily move or fund a new source of water.

Watch this 3 ½ minute video to further understand the definition and history of environmental justice.

While on the surface it may seem like the crisis in Flint was caused by a singular error (switching the water source), the underlying responsibility is with multiple government policies that are institutionalized. These are the results of over a hundred years of policy that eventually culminated into a health crisis.

Earlier we described Flint as a city of industry, home to a rich automotive economy. The Deindustrialization (The decline of the manufacturing industry) of the United States was hard for everyone who relied on these companies to provide for their families. The decline was reinforced in the 1980s as the manufacturing industry hit a recession. Flint’s population shrunk from around 200,000 to just 100,000 residents.[9] Many people who had the means relocated to a different area in search of better opportunities. But then there are those who are more or less forced to stay, as relocating can be a risk, as well as being cost-prohibitive. As the overall population of Flint declined, the African American population percentage of Michigan has steadily increased. According to Census data, in 1960 the total percentage of African Americans in Michigan was roughly 9%. As deindustrialization occurs, and people relocate, it jumps to 14% in 2000.[10] Those who remained in Flint were White Americans and African Americans of low income. These two groups are by far the most impacted by the effects of deindustrialization, although this isn’t isolated to Flint.

Could this Happen in Oregon?

The decline of deindustrialization can be felt in Oregon as well. Oregon’s timber industry faced a massive decline after the 1980s recession.[11] Environmental regulations have affected job availability. We can see many parallels between this situation and other communities who have faced job and company losses. Many towns that were dependent on the income from the timber industry are now left struggling.

Douglas county recently voted to shut down their entire library system.[12] Jackson County and Josephine County have also had to shut down their libraries, although eventually they managed to bring back partial services.[13] Many timber towns depended on a federal program that gave $100,000,000 every year to Oregon counties. Since the program has been discontinued, many counties are having to make sacrifices to keep from going under.[14] Another parallel we can see between the deindustrialization of Michigan and Oregon is people leaving small towns for urban centers, with those remaining mostly being of low income.

Lawmakers in these communities face similar choices as the leaders in Flint, Michigan. When there are fewer taxpayers to fund local services and less federal funding for services that all families can use, programs such as libraries, schools, parks, and even water must be examined as places to save money.

One purpose of analyzing Flint, Michigan as a case study is to give a voice to those impacted by this and similar hardships. To see additional perspective and proposed solutions to these social problems, watch the TED Talk below. LaToya Ruby Frazier was hired to document the unfolding crisis in Flint and relates her history growing up with environmental racism in Philadelphia to the crisis. She details the experiences of the low-income residents as well as a creative solution that helps.

The US Water Alliance described at the start of this section has provided the most comprehensive view of water access in the United States and is dedicated to valuing and managing this resource. Via listening sessions and collaborations with businesses, governments, non-profit organizations and individuals all over the country, they have developed a platform of seven big ideas to sustain water resources:

Ideas and organizations such as this one provide leadership so that all families in the United States will have access to safe water and sanitation. 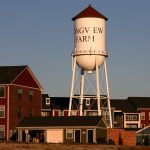 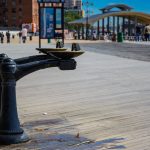 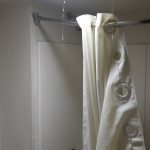 “A Brief History of Environmental Justice” by ProPublica. License Terms:  CC BY 4.0.

Figure 9.18. “Indoor Shower” by KevinStandlee is licensed under CC BY-NC-SA 2.0.

Ensuring that people have what they need in order to have a healthy, successful life equal to others.  Different from equality in that some may receive more help than others in order to be at the same level of success.

The combination of one’s social and economic status, specifically related to income, education, and career or job status.

Being in the state of not having access to stable housing. Couch surfing, tent cities, shelters, and living in a car are all examples of houselessness.

Contemporary Families: An Equity Lens by Elizabeth B. Pearce and Alexis Castaneda-Perez is licensed under a Creative Commons Attribution 4.0 International License, except where otherwise noted.