Fillet welds are one of the most common weld types in the industry. This weld is used when the joint has two members coming together to form an intersection of commonly 90 degrees. These welds can be applied on varying angles but this would be the most prominent. 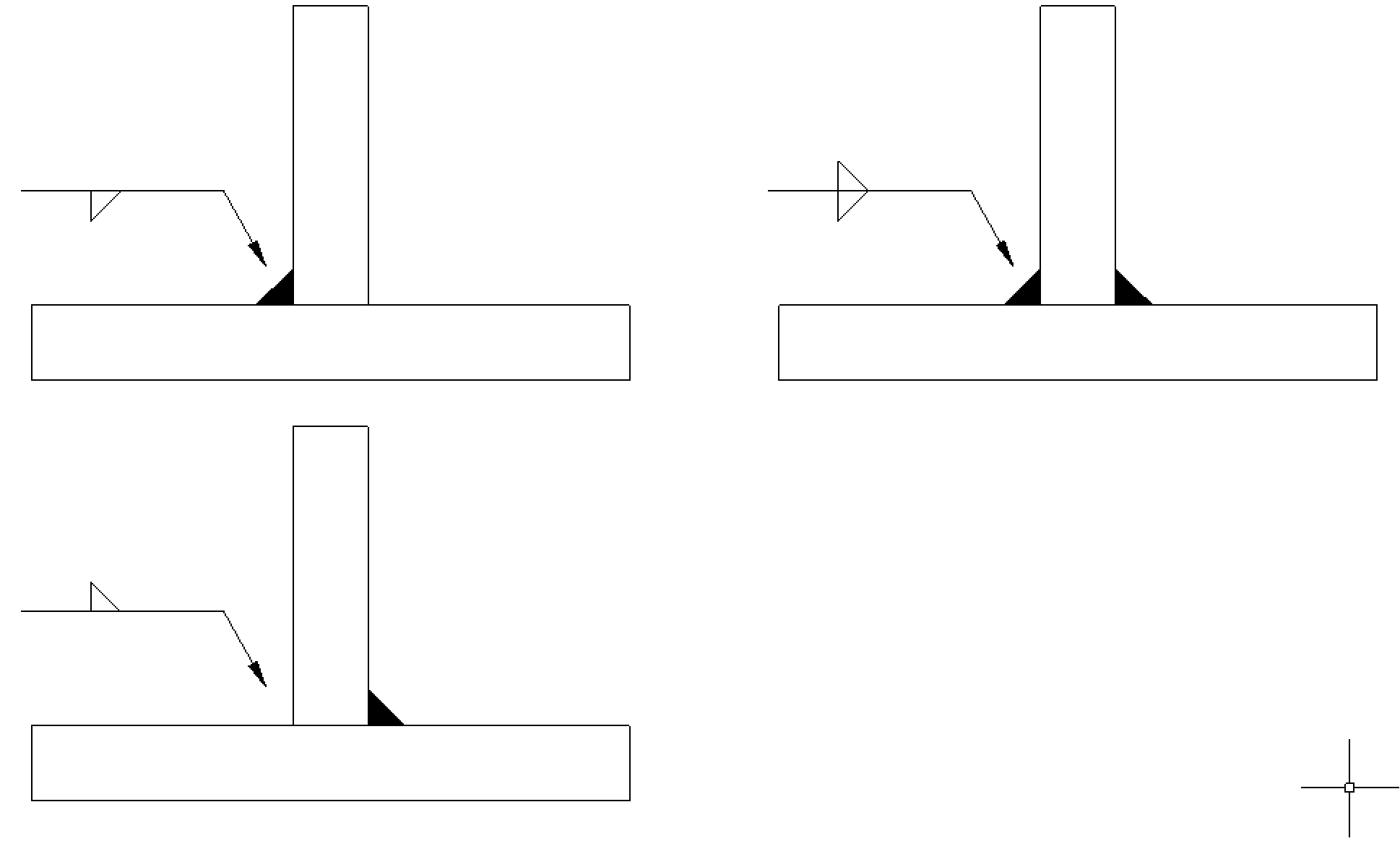 Fillet welds may have a size associated with them. This size is called out on the left side of the symbol before the vertical side. The size is indicating the leg length of the weld. If a single size is called out this is specifying that weld should have equal leg sizes. If it is an equal leg fillet weld it is not common to dimension it on the print as shown below for demonstration purpose. 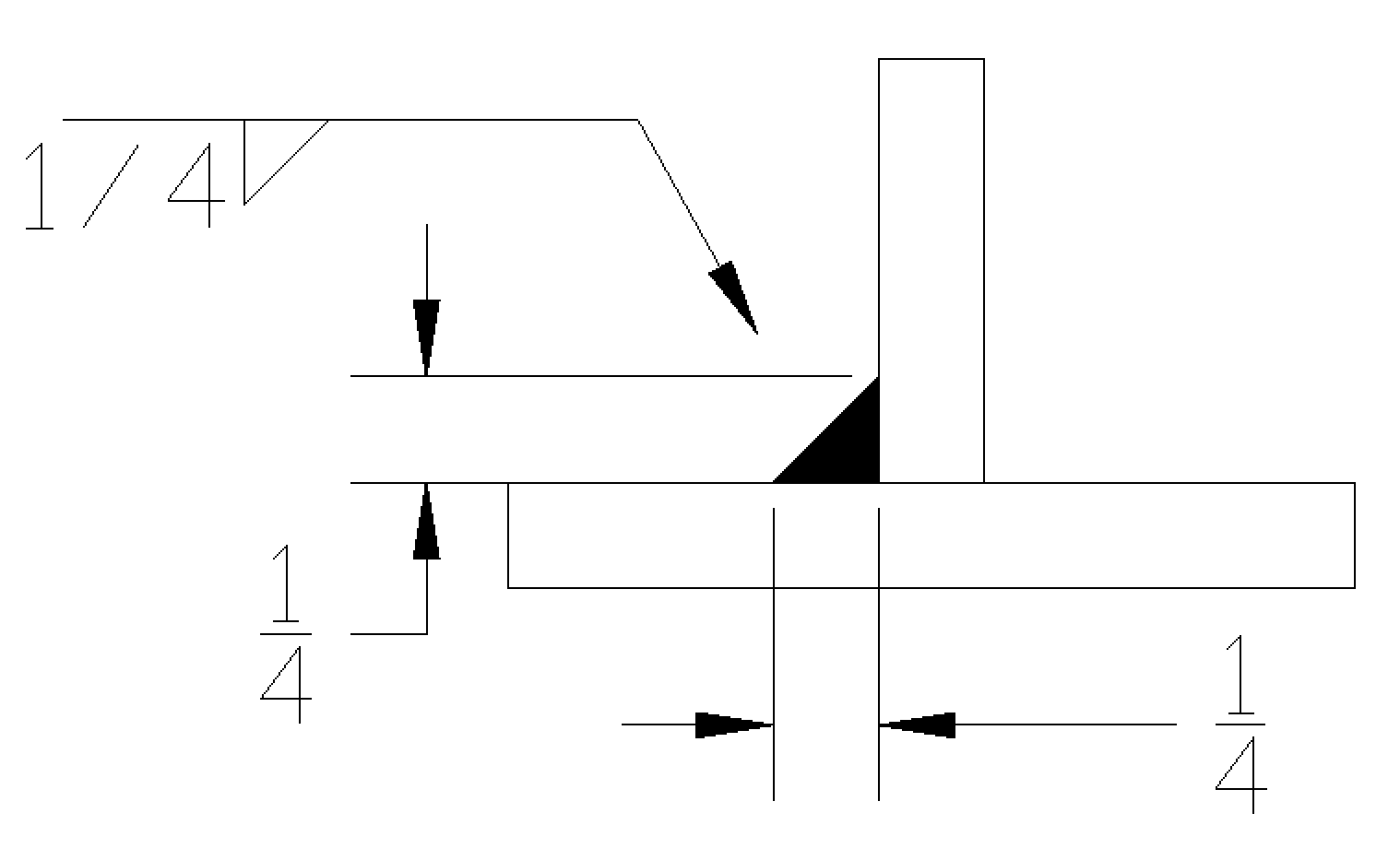 If a double fillet weld is called out the size will be shown for both sides of the joint, depending on the part these welds could vary in size so it is necessary to provide this information. 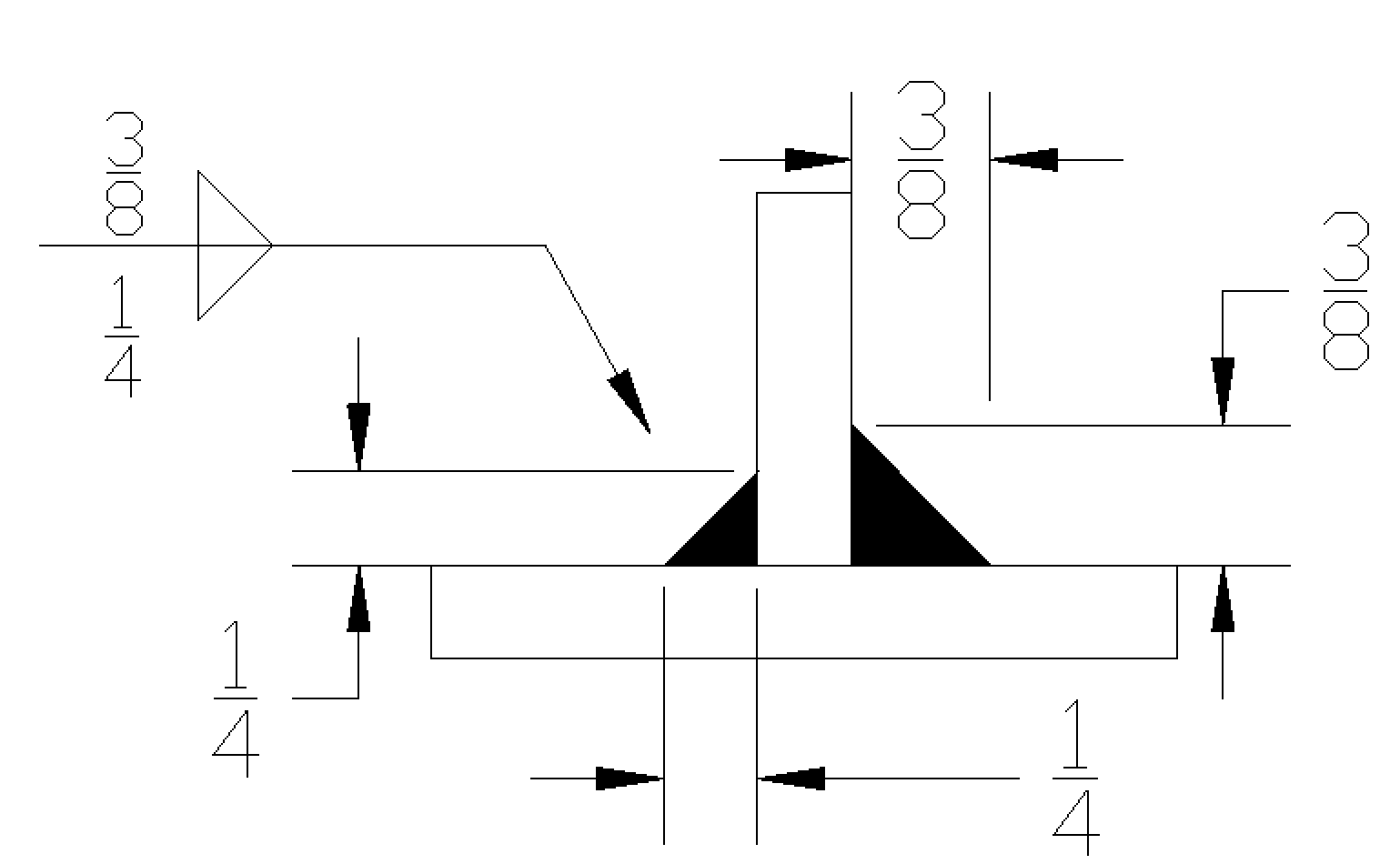 There are times when an unequal leg fillet weld is called out. In this situation the part must be dimensioned in order to apply the correct leg size to the right member being welded. This may include only one of the two leg lengths. If there were no indication of which leg is which the part could be welded incorrectly. 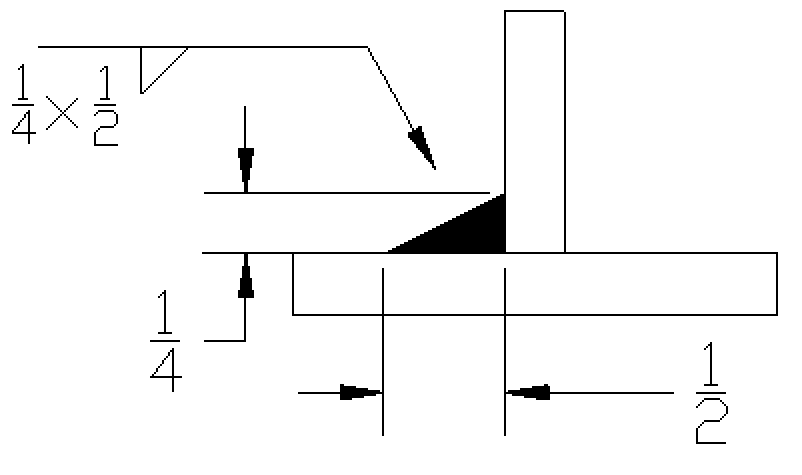 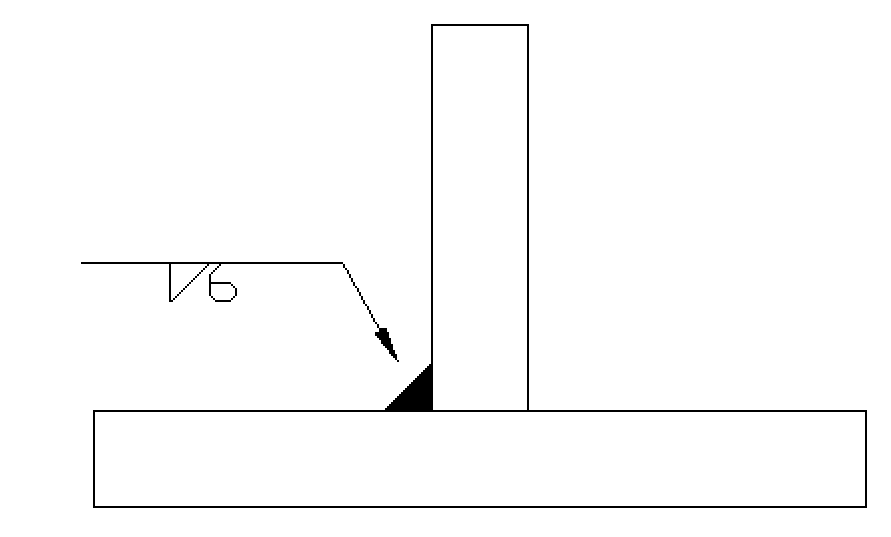 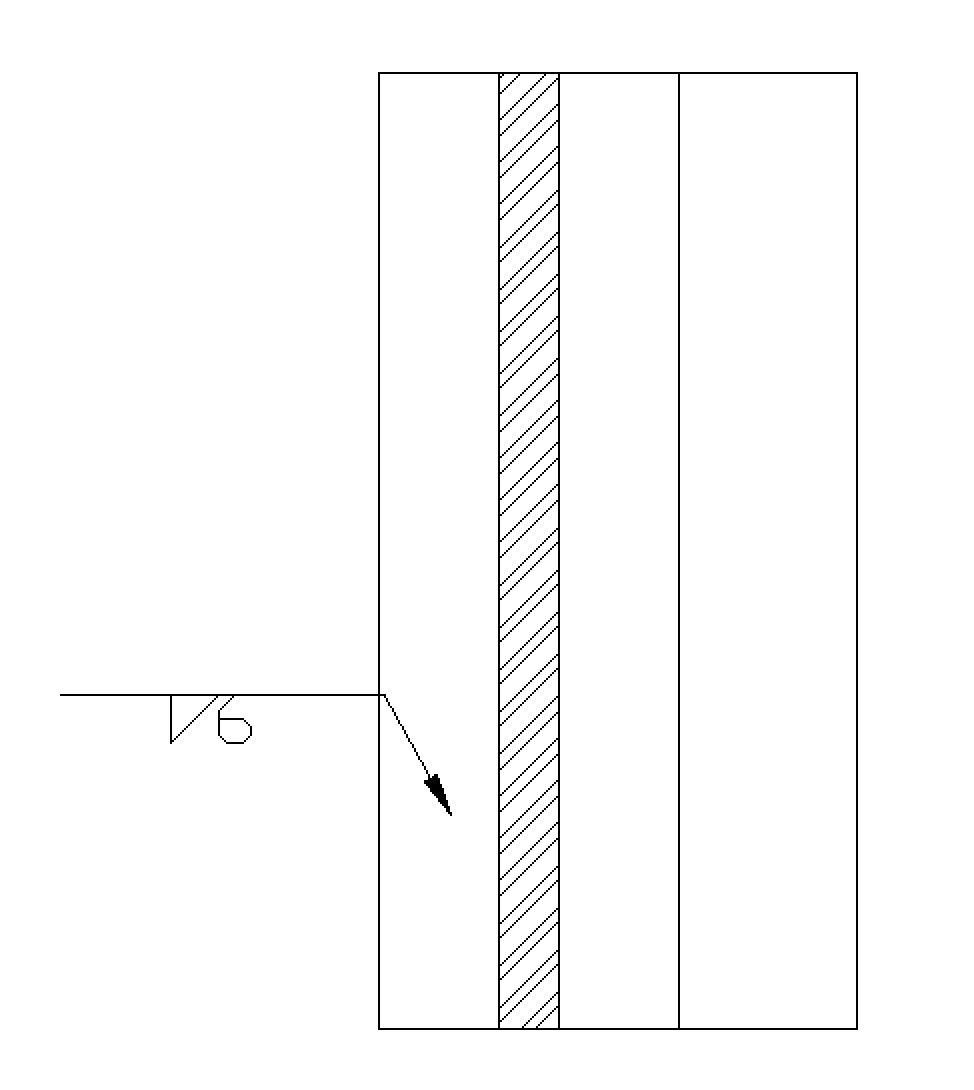 This shows a 6” fillet weld to be applied to the arrow side.

There may be times where a length is given on a part and the location of the weld will be given with a dimension in order to achieve the correct location. 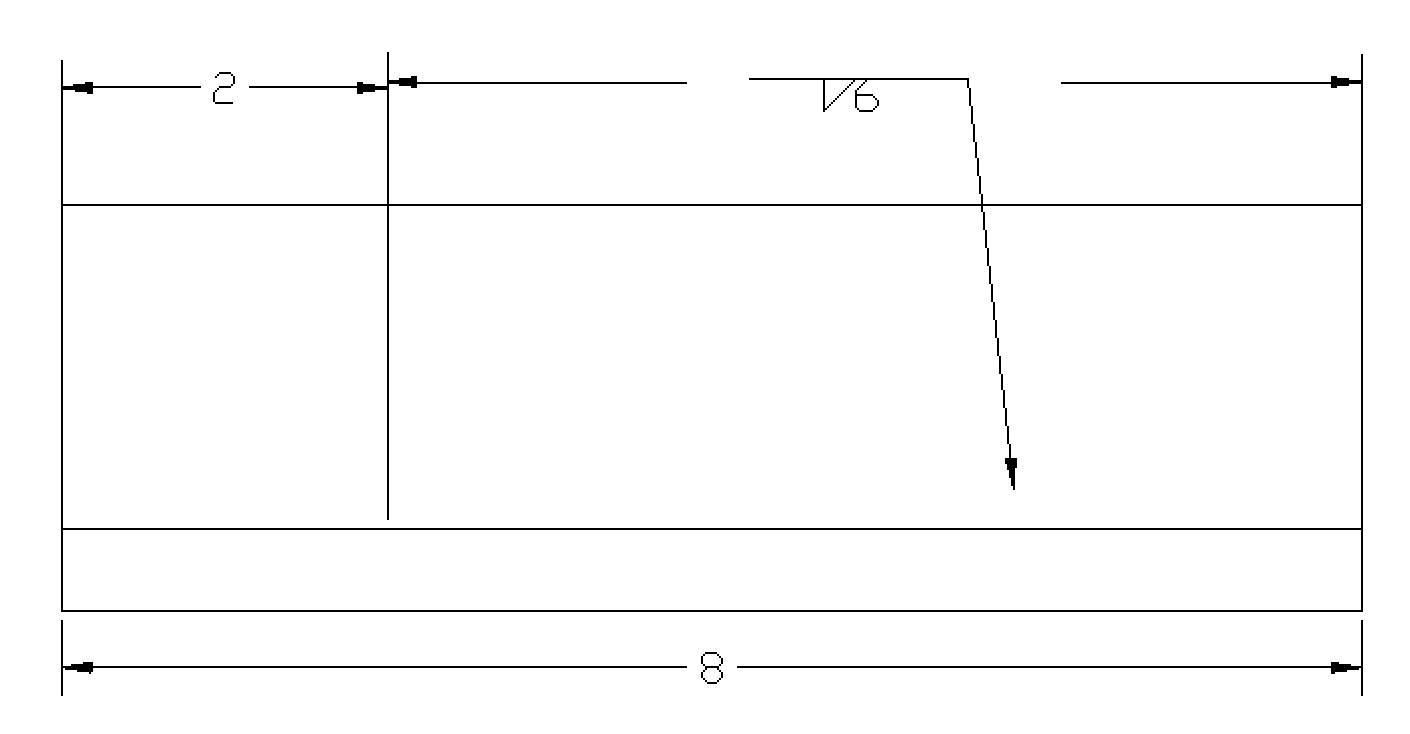 Hatching lines may be used to indicate the length of a weld instead of using a dimension on the weld symbol itself.

There are instances when a weld may change direction because of part geometry. If this happens it will be called out using multiple arrows off of one reference line. 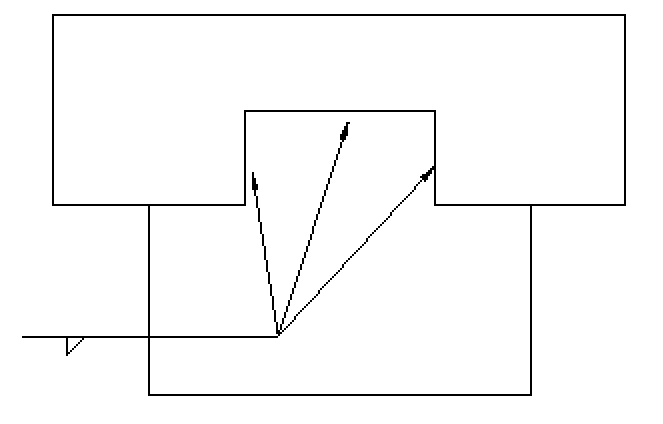 When a weld is not required to be continuous it is common to apply an intermittent weld. This means that there are gaps between the termination of one weld and the start of the next. These are called weld segments. They are commonly referred to as skip welds in the industry.

At times that there are welds on both sides of the joint and they are intermittent, this now becomes chain intermittent welding. This can be seen on long sections of a tee joint that isn’t under a large amount of stress.

If the weld is only to be intermittent on one side and a continuous weld on the other the symbol must be dimensioned individually.

Not all pitch will be the same, or necessarily common space. You must be able to calculate the spacing between weld stops and weld starts in order to apply the correct welds to the specification. An easy way to find this distance is simply subtract the pitch from the weld length (segment.)

At times there will be a mixture of continuous welding as well as intermittent welding. If this occurs the spacing between these segments will all be the same.

If this combination occurs welding symbols should specify continuous and intermittent on the same side of the joint. These are also often dimensioned.

Write down the corresponding information with each letter and specify what it is. 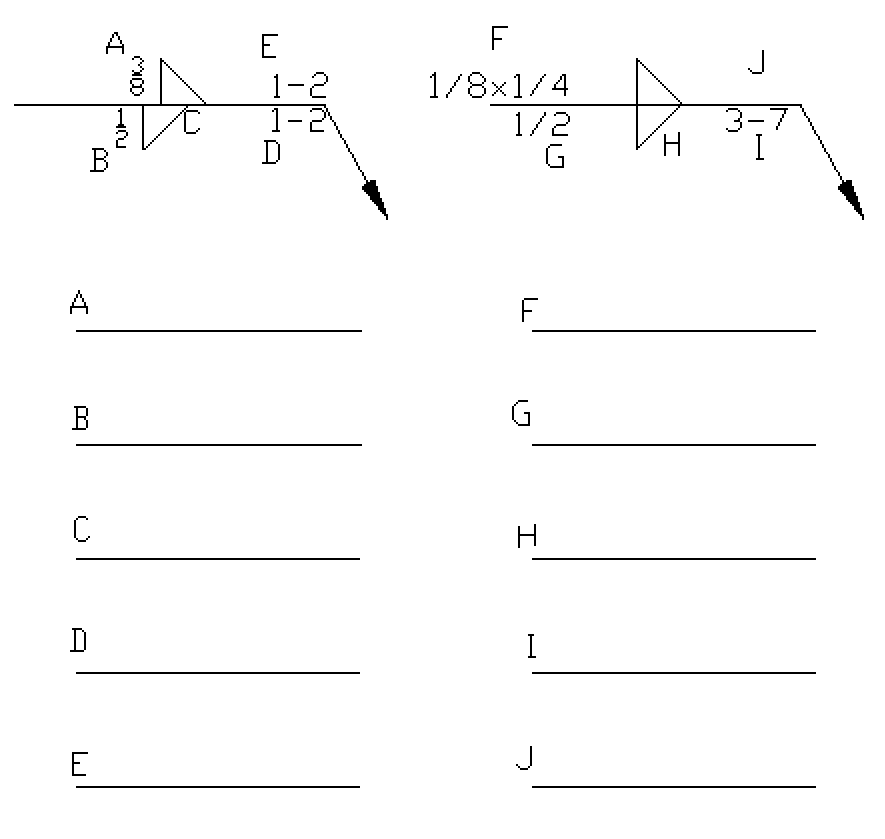