We will spend time exploring the three main components of the criminal justice system, or an easy way to remember this is the three main C’s: cops, courts, and corrections. This section will briefly introduce the police, courts, and correctional systems and how they often function with each other, whereas subsequent chapters will further focus on how they each operate as their entity.

Imagine walking downtown on a Friday night and witness a robbery in action. The first thing a person would typically do is call 911. Then the person would tell the 911 operator, referred to as dispatch, what they saw, where the event occurred, and any other relevant information. The operator would then send out the call or dispatch it to nearby police on duty. The first point of contact with the criminal justice system for most individuals is the cops. We often refer to them as first responders. We will use a variety of terms for cops, such as police officers and law enforcement, but recognize we are always talking about the men and women who enforce laws and protect the people of the United States. The police respond to calls and can apprehend the offender. Because of technology, the police respond quickly.

Other times, police may witness a crime while on patrol. Police make initial contact, investigate crimes, apprehend offenders/potential offenders (arrest), and then book them in the local jail. Law enforcement does not determine guilt or innocence, hand down punishments, or implement the punishment. [1]

During an investigation, police officers may need to obtain a search warrant. The Fourth Amendment of the Constitution requires that police officers have probable cause before they search a person’s home, their clothing, car, or other property, with some exceptions explored later on. In order to ensure due process, searches usually require a search warrant, issued by a “neutral and detached” judge. Arrests also require probable cause and often occur after police have gotten an arrest warrant from a judge. Depending on the specific facts of the case, the first step may be an arrest. [2] As stated above, if they catch a person in the commission of a crime, they will arrest first and investigate later.
Police on Standby

The next phase of the criminal justice system is the courts. The courts may consist of prosecutors, defense attorneys, judges, and a reasonable jury of one’s peers. The primary role of the courts is to determine whether an offender should be charged with a crime and if so, what charges should exist. The officers will forward over information to the district attorneys for review, and the district attorney will determine what charges are filed against an offender, also known as the defendant. [3] In the above scenario, if the prosecutor’s office has determined there is enough evidence to charge the individual of robbing the business downtown, then charges will be filed, and the suspect is charged with a specific crime. The defendant in the robbery will be informed of all their rights that are afforded to them by the Constitution and that they have the right to legal counsel or a defense attorney. There are private defense attorneys as well as public defenders who are appointed if a person is indigent, or unable to afford their attorney. A defendant, or the accused, will enter a plea of guilty or not guilty, and a trial date is set.

The prosecutor’s office will evaluate the type and quality of evidence they have when deciding to move forward or drop the charges. Direct evidence is evidence that supports a fact without an inference, such as a testimony of an eyewitness to a crime because the person saw the crime. The other type of evidence, circumstantial evidence, would be something that happened before or after the crime or information obtained indirectly or not based on the first-hand experience by a person. Circumstantial evidence includes people’s impressions about an event that happened which they did not see. For example, if you went to bed at night, and there was no gas in your tank, and then you awoke to a full tank of gas, while you didn’t actually see your dad fill your tank, you assume the did it while you slept because gas tanks cannot fill themselves. [4]
If a defendant pleads guilty, there may be a plea bargain given.

A plea bargain is similar to a deal will be made for a reduced sentence since the defendant pleads guilty. Plea bargains get used a lot for the vast majority of cases in our CJ system, and debates often ensue over the ethics behind them. A defendant should only plead guilty if they committed the crime and must admit to doing so in front of the judge. Once the defendant admits to the crime, they agree they are guilty and agree that they may be “sentenced” by the judge presiding over the court. The judge is the only person authorized to impose a sentence. However, with the current number of cases entering our system every day, pleas bargains have often called a ‘necessary evil.” [5]

Let us say the defendant chooses to go to trial. The prosecution and defense will then present their cases before a jury and judge to determine if there is enough evidence to convict the defendant. The prosecutor must prove they have probable cause that the defendant is the one who committed the crime, and the defense ensures the rights of the accused get upheld while defending their client. Judges are important and often get referred to as an impartial moderator or referee in the courtroom. The judge receives guidance and assistance from several sources in order to sentence a defendant. Over time, Congress has established minimum and maximum punishments, and the United States Sentencing Commissions has produced a set of sentencing guidelines that recommend certain punishments for certain crimes while considering various factors. Further, the judge will look at a pre-sentence report and consider statements from the victims, as well as the defendant and lawyers. The judge may consider a variety of aggravating or mitigating factors. These include whether the defendant has committed the same crime before, whether the defendant has expressed regret for the crime and the nature of the crime itself. [6]

If a defendant is convicted, then that defendant is found guilty. Let us imagine surveillance camera caught the robber downtown and fingerprints that were left behind matched the offender; this would make a conviction more likely. This phase is known as adjudication. If found guilty, the court is responsible for handing down a punishment. In the vast majority of criminal cases, the judge decides the sentencing hearing, but in some cases, a jury determines the outcome. Although this was a brief overview, it is essential to know that the courts charge defendants, holding a preliminary hearing, arraignment, potential plea bargains, adjudication, and sentencing.

After a defendant is found guilty, they have the right to appeal the outcome if they believe they were wrongly convicted or the sentence was too harsh. An appeal is not another trial, but an opportunity for the defendant to try to raise specific errors that might have occurred at trial. A common appeal is that a decision from the judge was incorrect – such as whether to suppress certain evidence or to impose a certain sentence. Appeals are complicated and sometimes result in the case going back to the trial court. A conviction can get reversed, a sentence altered, or a new trial may be ordered altogether if the Appeals Court decides that particular course of action. If a circuit court judge decides the appeal, then a defendant can try to appeal that decision to the United States Supreme Court in Washington, D.C. The United States Supreme Court is the highest appellate court in the American court system, and they make the final decision concerning a defendant’s appeal. The Court is not required to hear an appeal in every case and takes only a small number of cases each year. [7]

In The News: Brendan Dassey 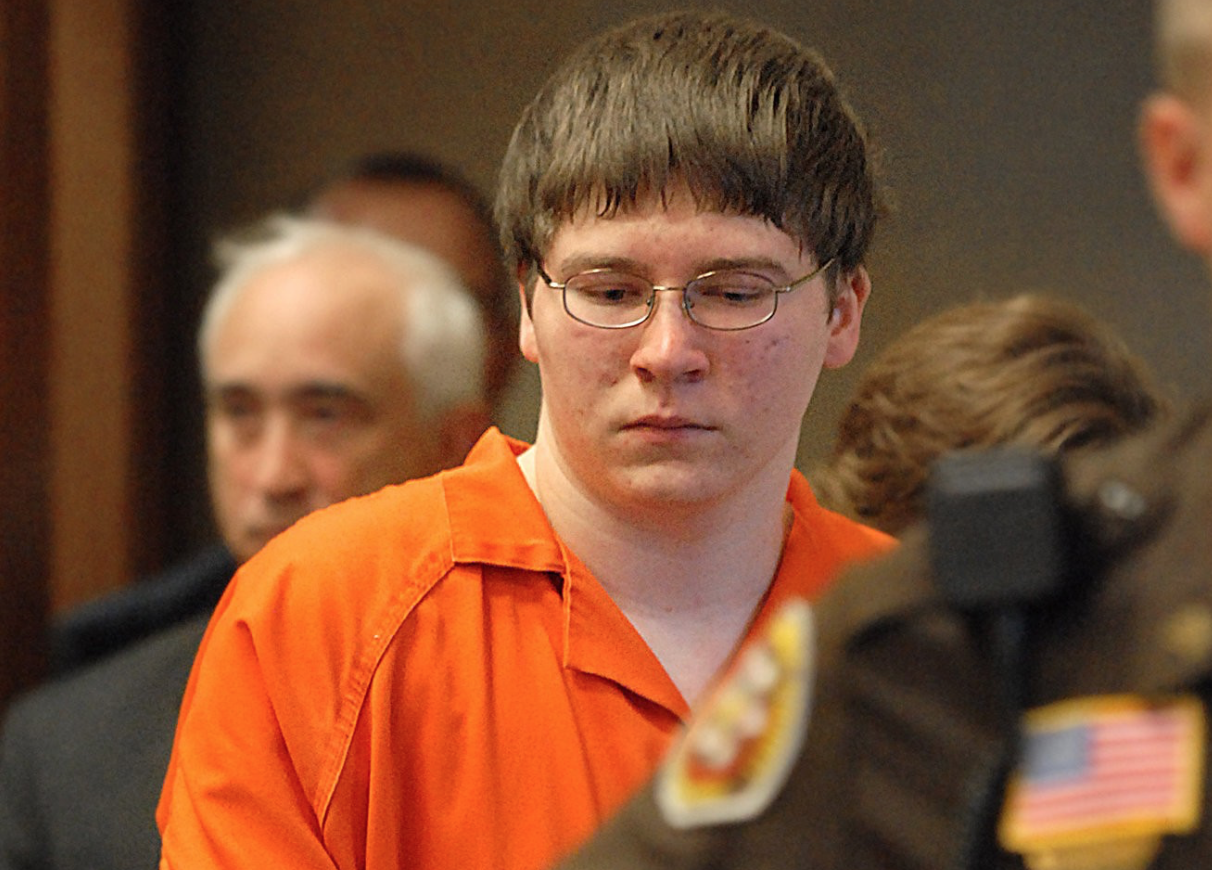 Brendan Dassey, featured in the Netflix documentary The Making of a Murderer in 2015, was charged with murder as a juvenile. Dassey’s 2007 conviction was questionable because his videotaped confession with police was problematic. Dassey was 16 without a lawyer or parent present during his confession. He appeared scared and unaware of the gravity of his situation on camera, and his lawyers say he had a low IQ in the seventh percentile of children his age, making him susceptible to suggestion. Dassey was found guilty as an accessory to murder with his uncle Steven Avery in the 2005 murder of Teresa Halbach, a 25-year-old photographer in Manitowoc, Wisconsin. The United States Supreme Court declined to hear his case and did not provide a statement as to why.
[8]
Video Link Adam Ruins Everything: Why the Public Defender System is So Screwed Up https://www.trutv.com/shows/adam-ruins-everything/videos/why-the-public-defender-system-is-so-screwed-up.html

Once a defendant has been found guilty, the correctional system helps carry out the punishment that is ordered by the court. The defendant may be ordered to pay financial restitution or a fine and not serve time under a form of incarceration. When an offender gets sentenced to a period of incarceration, at either a jail or prison, they will serve their sentence under supervision. Offenders that get sentenced to less than a year will serve their sentence in a local jail, but longer sentences will serve time in prison. However, offenders can also get sentenced to community-based supervision, such as probation. In this situation, an offender would get assigned a probation officer (PO), and there would be specific rules they are required to follow. If an offender violates rules, the PO may request the offender be incarcerated in jail or prison to serve the remainder of the sentence. [9] Lastly, an essential part of corrections is helping former inmates with prisoner re-entry or reintegration into society through parole, community-based supervision after serving time in a locked facility, and may require drug-testing, help with finding employment, education, and social support. [10] 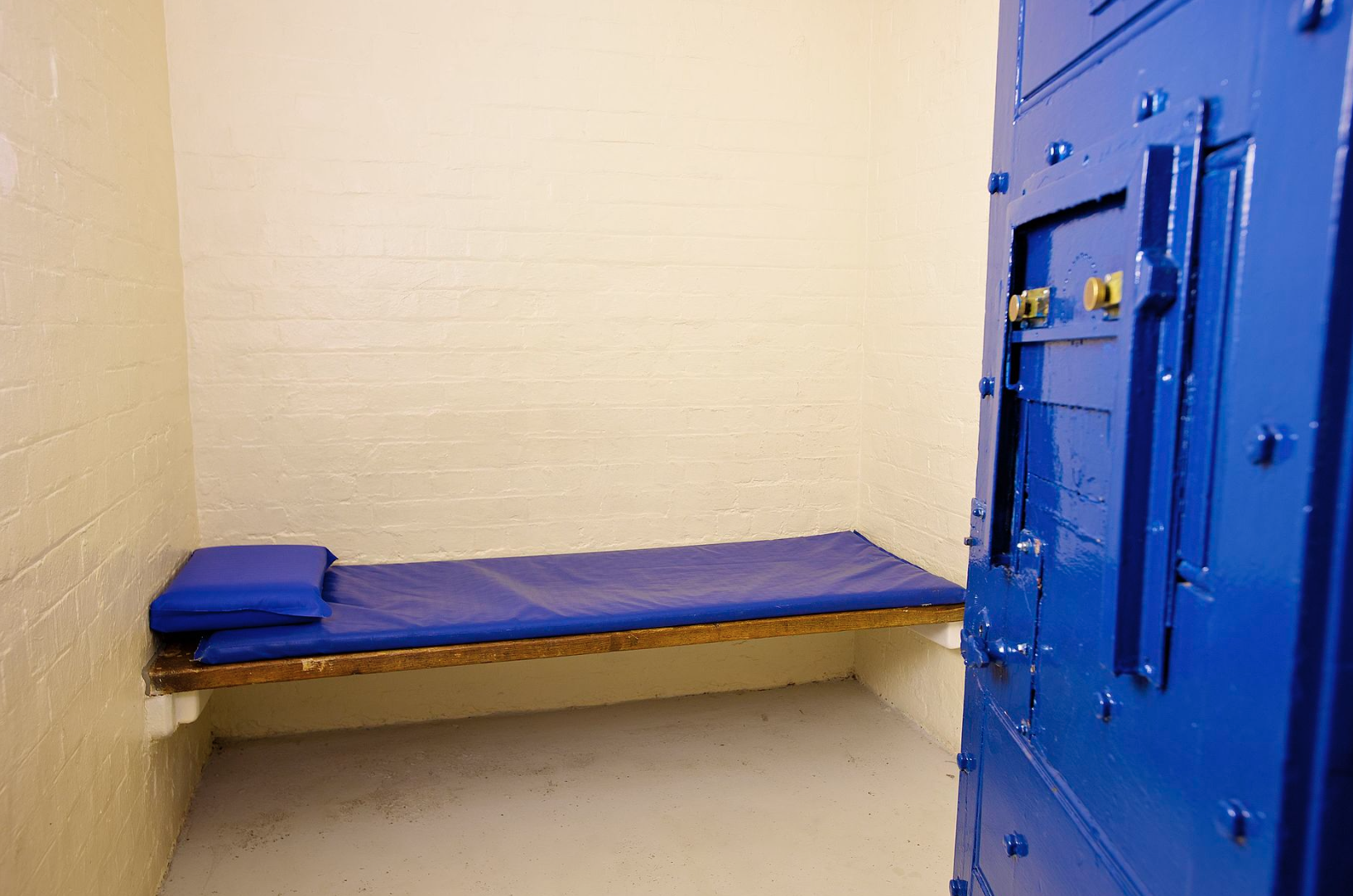 1.7. The Three C’s: Cops, Courts, and Corrections by Shanell Sanchez is licensed under a Creative Commons Attribution-NonCommercial-ShareAlike 4.0 International License, except where otherwise noted.