Jails vary greatly in function and size. For example, the vast majority of jails hold less than 50 jail detainees each (roughly 2,000 jails). Yet, the 50 biggest jails hold over half of the total number of detainees, more than 350,000 in the 50 biggest jails. [1] For example, Los Angeles County Jail is actually a system of buildings spread across LA County, which includes the Inmate Reception Center, North Facility, South Facility, LOMA, Twin Towers, Men’s Central, just to name a few of the facilities. For a more detailed description of the jail facilities in L.A. County Jail, please see http://shq.lasdnews.net/pages/tgen1.aspx?id=as1.

While most jails are run by County Sheriff, there are some jails that are managed by cities or jurisdictions. For example, Chicago, New York, Philadelphia, and Washington D.C. all have their own jails, which are not managed directly by the county in which they reside.

Jails also vary by how they are designed. While there are others, jails can be separated into two broad types, the older generation, and the new generation. Older generation jails are jails that are typically linear in design, with cell doors separating rooms or sections down long corridors. Many jails operate with this design. Newer generation jails are more podular in design, where multiple cells face a central area. Additionally, when these podular designs are used, a direct supervision approach is also often used. Direct supervision is where there are no particular barriers between the deputies and the detainees within a facility. For example, the image below depicts what a direct supervision jail may look like. 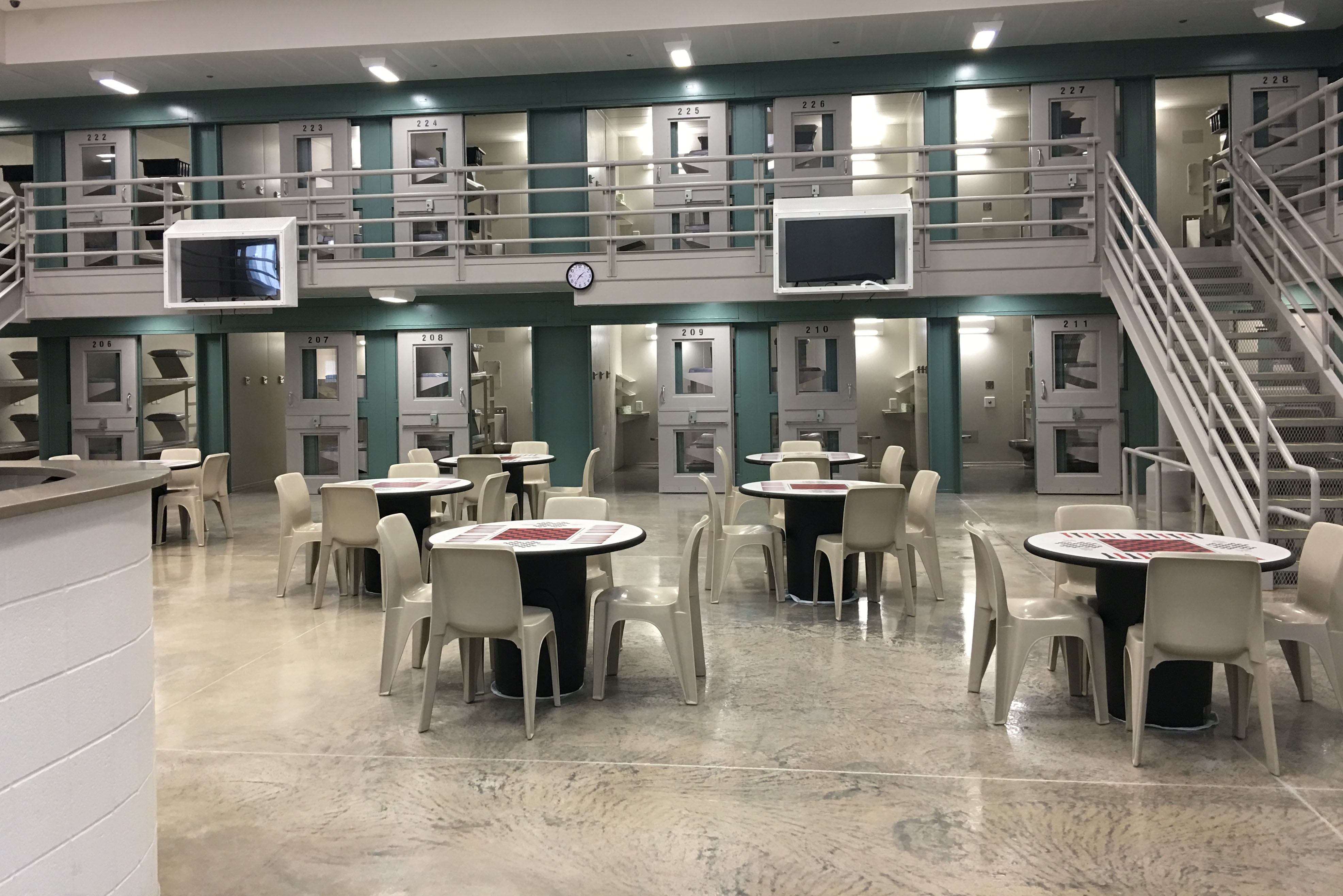 As you can see in the image, the operational booth (immediate left) is open to access the day area or common area, and the doors of the cells for this jail section open to this space. Below is an image of the older generation, linear style of jail. This typically uses the indirect supervision approach. 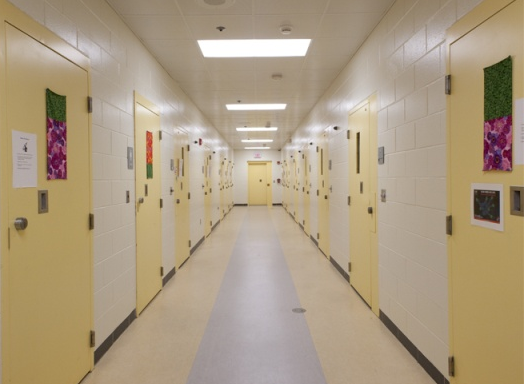 8.8. Types of Jails by David Carter is licensed under a Creative Commons Attribution-ShareAlike 4.0 International License, except where otherwise noted.