Read it out: Paralympic Games

Focus on your pronunciation. Practice saying the reading out loud slowly, loudly, and clearly.

After you practice, record your slow, clear pronunciation and share your recording. 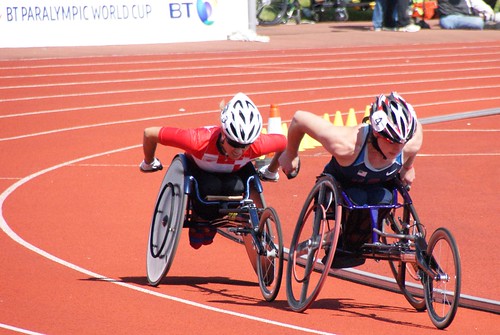 The Paralympic Games are a major international sports event. People with physical disabilities compete in these games. They have included people with amputations, blindness, disabilities that affect movement, and more.

The Paralympics started as a small gathering of British World War 2 veterans in 1948. They planned new games every four years. They have continued to grow since then.  The winter games opened in 1976. The Paralympics became one of the largest international sport events by the early 21st century.

Paralympians have many different kinds of disabilities, so there are several categories that they compete in. The disabilities are in six general categories. Athletes are placed into groups which vary from sport to sport.

These athletes work for equal treatment with able-bodied Olympic games participants, who receive much more money. Some Paralympians have also overcome even more challenges, and participated in the Olympic Games.

You can use this button to record your voice. Listen before you share it, to make sure everything recorded clearly.

Green Tea Intermediate English Communication OER by is licensed under a Creative Commons Attribution 4.0 International License, except where otherwise noted.