To understand biochemistry, one must possess at least a basic understanding of organic and general chemistry. In this brief section, we will provide a rapid review of some concepts necessary to understand cellular chemistry.

Chemistry is chemistry, whether in a cell or outside it, but biological chemistry is a particular subset of organic chemistry that often involves enormous macromolecules, and that happens in the aqueous environment of the cell. 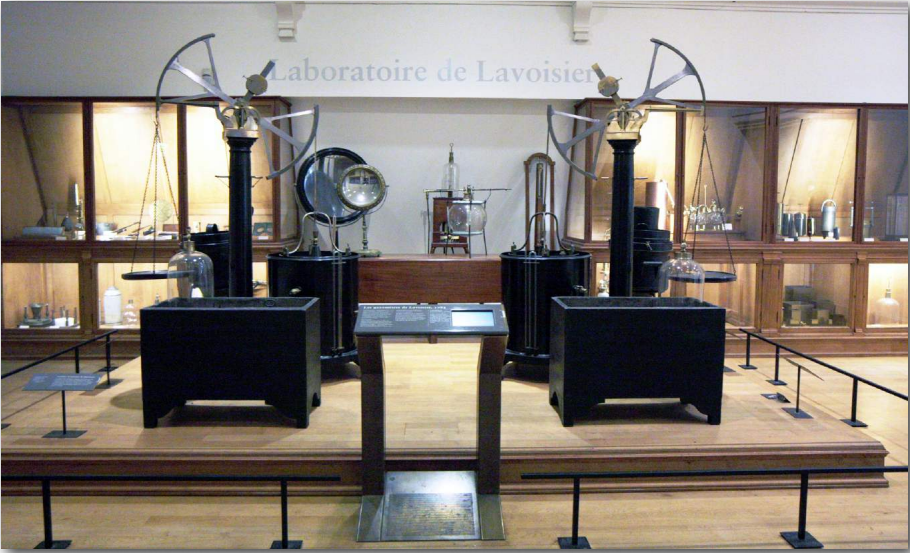 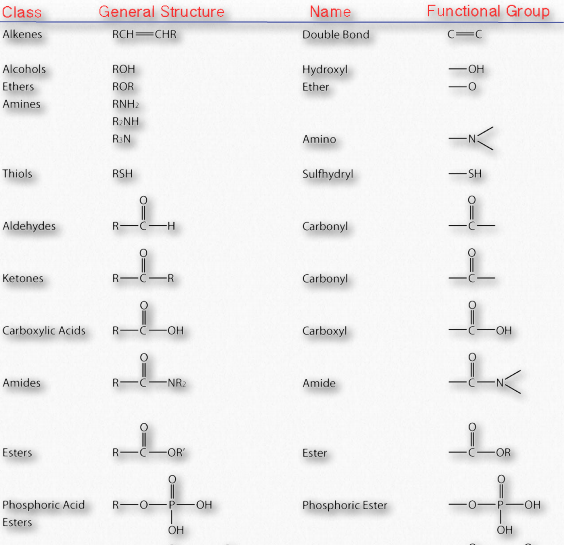 In addition to functional group theory, you will also make use of an understanding of covalent and ionic bonds as you learn biochemistry.

Covalent bonds, formed from the sharing of electrons between two atoms, hold together the structures of proteins, carbohydrates, lipids and nucleic acids. Ions and ionic bonds, formed when one atom donates an electron to another, appear in charged polyatomic ions and in dissolved minerals in cellular and body fluids. 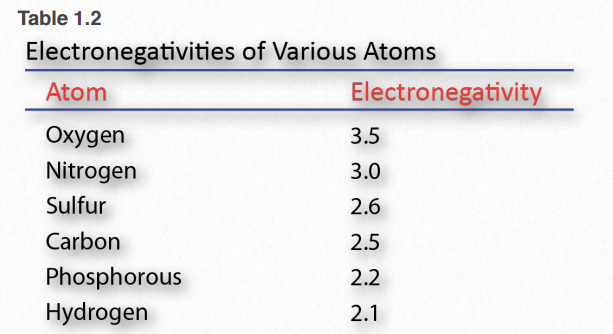 For example, in a molecule of water, with hydrogen covalently bonded to oxygen, the electrons are “pulled” toward the oxygen, which is more electronegative. Because of this, there is a slightly greater negative charge near the oxygen atom on a water molecule, compared to the hydrogen. The unequal charge distribution in this bond makes it a polar covalent bond. The 3D arrangement of atoms in water, along with two polar covalent bonds, results in water exhibiting a molecular dipole with one side being somewhat negative and the other somewhat positive. 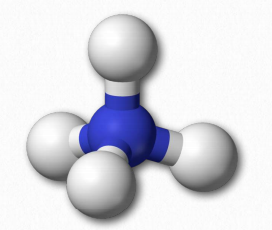 Hydrogen bonds are intermolecular forces that occur between different molecules in close proximity to one another. In water, hydrogen bonding interactions are plentiful. They are the result of the attraction of the partial positive and partial negative ends of the molecular dipole (Figure 1.20). 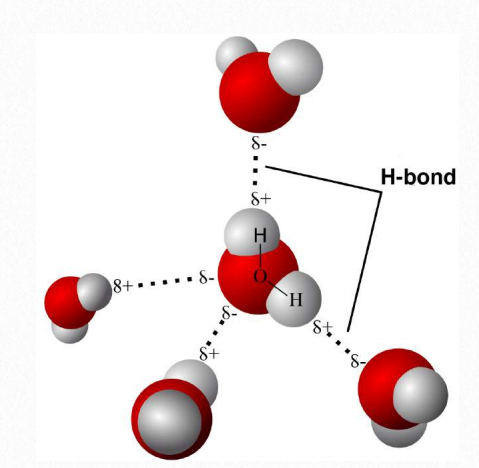 Oxidation-reduction chemistry is common in biochemistry. Oxidation involves loss of electrons and reduction involves the gain of electrons. For every biological oxidation, there is a corresponding reduction – one molecule loses electrons to another molecule. Oxidation reactions tend to release energy and are a source of bioenergy for chemotrophic cells.

Ionization of biomolecules, by contrast does not involve oxidation/reduction. In ionization, a hydrogen ion (H+) leaves behind its electron as it exits (leaving behind a negative charge) or joins a group (adding a positive charge). Biological ionizations typically involve carboxylic acid groups or amines, though phosphates or sulfates can also be ionized. A carboxylic acid group can have two ionization states – a zero charge form with the carboxylic acid holding its proton, and a -1 form where the hydrogen ion has been released. An amine also has two ionization states. A charge of zero on an amine corresponds to a nitrogen with three covalent bonds (usually in the form of C-NH2) and a charge of +1 corresponds to a nitrogen making four covalent bonds (usually X-NH3 +).

A carbon has the ability to make up to four single bonds (forming a tetrahedral structure). If it bonds to four different chemical groups, two different arrangements are possible, producing stereochemical “handedness”or chirality (Figure 1.21).

Enzymes have very specific 3-D structures, so the chemical reactions that involve enzyme catalysis are stereospecific: e.g. they produce just one stereoisomer. By contrast, the same molecules made without chiral reagents or processes produce equal amounts of both isomers. 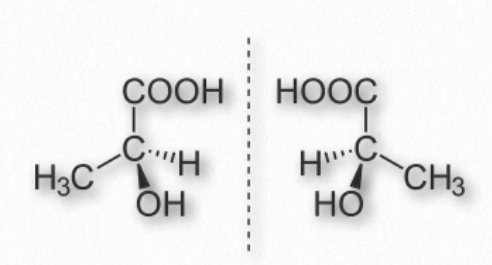 Energy calculations allow us to predict whether a reaction will be spontaneous, occurring without an input of energy. The factors that influence spontaneity include change in enthalpy (ΔH) and change in entropy (ΔS). Enthalpy is related to heat flow, and reactions that are favorable often give off heat. Entropy is related to order or organization, and reactions that are favorable often involve a decrease in the order or organization of a system. These loose conceptual definitions are useful in casual considerations, but more structured definitions exist.

Enthalpy change and entropy change play off one another (with temperature another relevant factor) in this fashion:

For a process, the change in the Gibbs free energy ΔG is given by

A negative ΔG corresponds to release of free energy. Reactions that release energy are exergonic and will occur spontaneously, whereas those that absorb energy are called endergonic and only occur with a continual input of energy from an external source.

In biochemistry, studies often have used a standard Gibbs free energy change (ΔG°’), measured with standard conditions of temperature, pressure, and concentration, and at pH = 7.

Catalysis is an increase in the rate of a reaction induced by a substance that is, itself, unchanged by the reaction. Because catalysts remain unchanged at the end of a reaction, a single catalyst molecule can be reused for many reaction cycles.

Proteins that catalyze reactions in cells are called enzymes, while ribozymes are RNA molecules that act as catalysts. Almost all biochemical reactions occur with the assistance of catalysts, which serve to encourage reactions but also control the chemistry that occurs in cells. 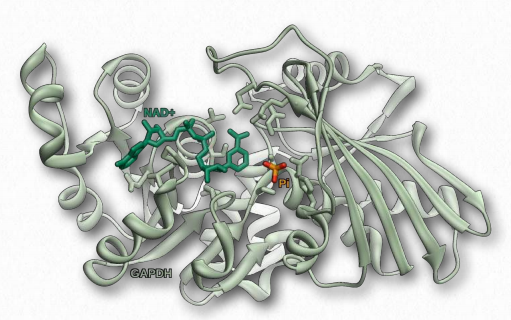 Figure 1.22 – Glyceraldehyde-3-phosphate dehydrogenase in the midst of catalysis Wikipedia