The protective membrane around cells contains many components, including cholesterol, proteins, glycolipids, glycerophospholipids, and sphingolipids. The last two of these will, when mixed vigorously with water, spontaneously form what is called a lipid bilayer (Figure 3.1), which serves as a protective boundary for the cell that is largely impermeable to the movement of most materials across it. With the notable exceptions of water, carbon dioxide, carbon monoxide, and oxygen, most polar/ionic require transport proteins to help them to efficiently navigate across the bilayer. The orderly movement of these compounds is critical for the cell to be able to 1) get food for energy; 2) export materials; 3) maintain osmotic balance; 4) create gradients for secondary transport; 5) provide electromotive force for nerve signaling; and 6) store energy in electrochemical gradients for ATP production (oxidative phosphorylation or photosynthesis). 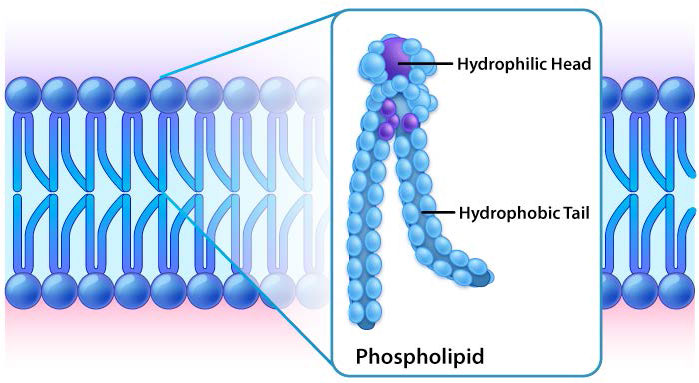 While all cells have cell membranes, the components of the membranes can vary. Figures 3.1 and 3.2 illustrate the structure and environments of plasma membranes. All plasma membranes contain a significant amount of amphiphilic substances linked to fatty acids. These include the glycerophospholipids and the sphingolipids. The fatty acid(s) are labeled as hydrophobic tails in the figures. 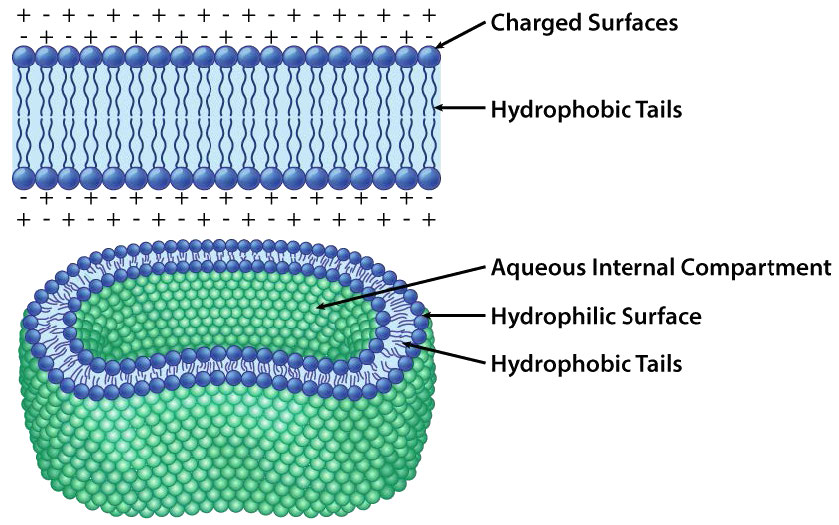 Figure 3.2: Organization of the lipid bilayer Image by Aleia Kim

The composition of the hydrophilic heads varies considerably. In glycerophospholipids, a phosphate is always present, of course, and it is often esterified to another substance to make a phosphatide (Figure 3.3). Common compounds linked to the phosphate (at the X position) include serine, ethanolamine, and choline. These vary in the their charges so in this way, the charge on the external or internal surface can be controlled. Cells tend to have more negative charges on the exterior half of the lipid bilayer (called the outer leaflet) and more positive charges on the interior half (inner leaflet). 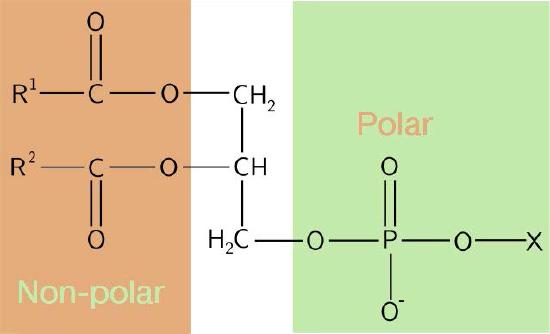 Figure 3.3 – Schematic diagram of a phosphatide 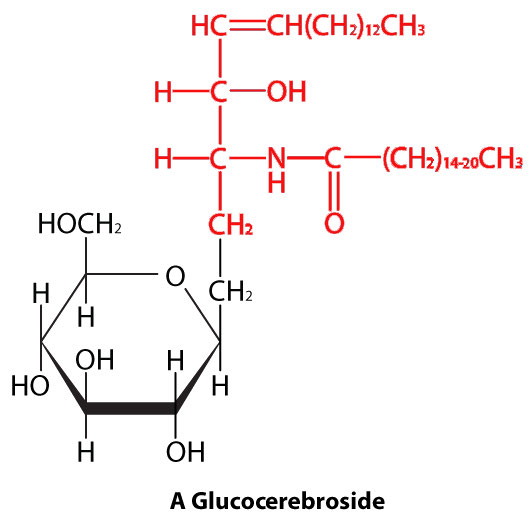 In sphingolipids (Figure 3.4), the hydrophilic head can contain a phosphate linked to ethanolamine or choline and this describes the structure of sphingomyelin, an important component of neural membranes. Most sphingolipids lack the phosphate and have instead a hydrophilic head of a single sugar (cerebrosides) or a complex oligosaccharide (gangliosides).

If you recall how amino acids organize into folded proteins, the tendency is for hydrophobic components of a polypeptide chain to pack into the center of a globular protein. This leaves the hydrophilic components interacting with water. A similar phenomenon drives the non-polar portions of amphiphilic membrane molecules to arrange themselves so the hydrophobic portions avoid contact with water. 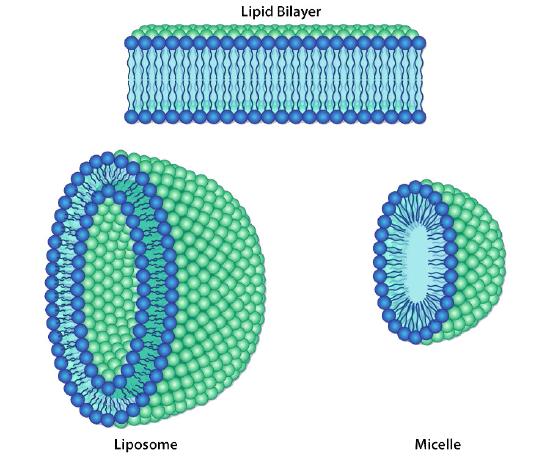 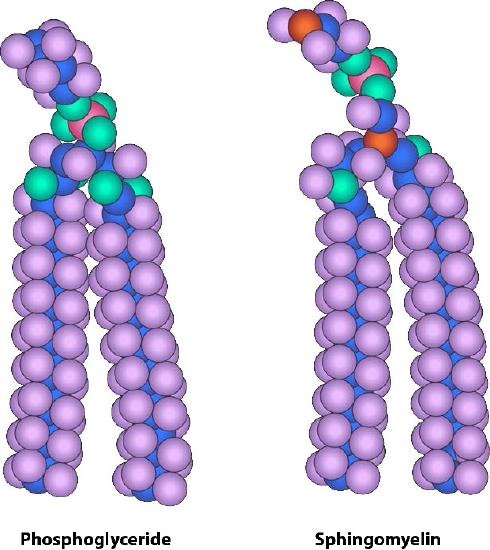 Figure 3.5 – Similarity of form between a phosphoglyceride and sphingomyelin Image by Aleia Kim

Movement of lipids within each leaflet of the lipid bilayer occurs readily and rapidly due to membrane fluidity. This type of movement is called lateral diffusion and can be measured by the technique called FRAP (Figure 3.10). In this method, a laser strikes and stains a section of the lipid bilayer of a cell, leaving a spot as shown in B. Over time, the stain diffuses out ultimately across the entire lipid bilayer, much like a drop of ink will diffuse throughout when added to a glass of water. A measurement of the rate of diffusion gives an indication of the fluidity of a membrane. 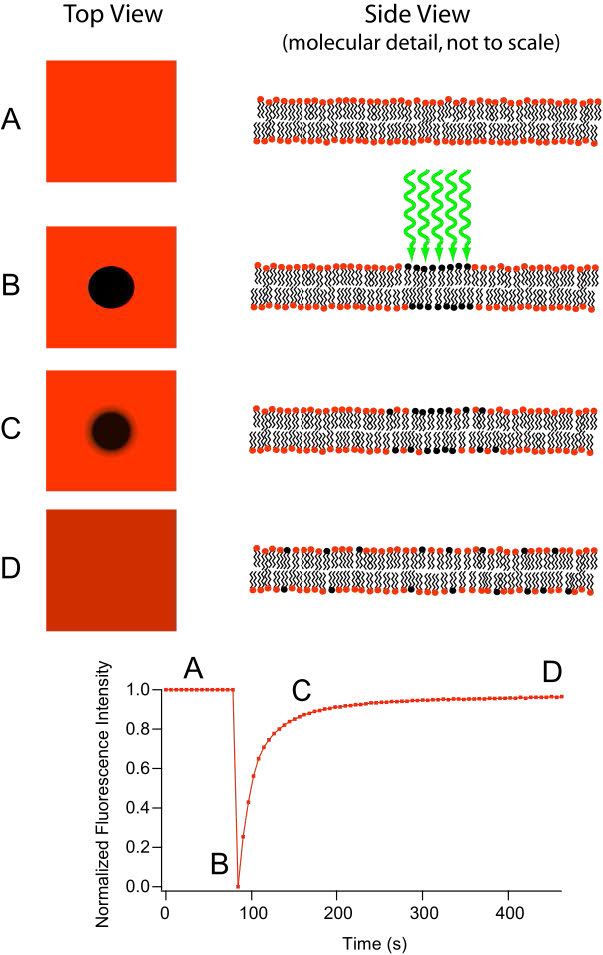 While the movement in lateral diffusion occurs rapidly, movement of molecules from one leaflet over to the other leaflet occurs much more slowly. This type of molecular movement is called transverse diffusion and is almost nonexistent in the absence of enzyme action. Remember that there is a bias of distribution of molecules between leaflets of the membrane, which means that something must be moving them. 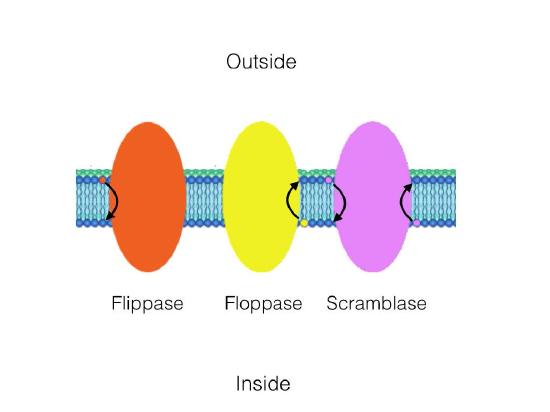 Figure 3.11 – Catalytic action of a flippase, a floppase, and a scramblase 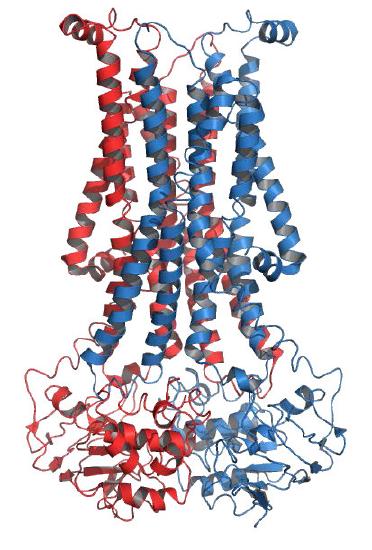 Figure 3.12 – Structure of a flippase Wikipedia

Other components of lipid bilayer

Besides glycerophospholipids and sphingolipids, there are other materials commonly found in lipid bilayers of cellular membranes. Two important prominent ones are cholesterol (Figure 3.13) and proteins. Besides serving as a metabolic precursor of steroid hormones and the bile acids, cholesterol’s main role in cells is in the membranes. The flatness and hydrophobicity of the sterol rings allow cholesterol to interact with the nonpolar portions of the lipid bilayer while the hydroxyl group on the end can interact with the hydrophilic part.

Cholesterol’s function in the lipid bilayer is complex (Figure 3.13). It influences membrane fluidity.

Transport of materials across membranes is essential for a cell to exist. The lipid bilayer is an effective barrier to the entry of most molecules and without a means of allowing food molecules to enter a cell, it would die. The primary molecules that move freely across the lipid bilayer are small, uncharged ones, such as CO2, CO, and O2, so larger molecules, like glucose, that the cell needs for energy, would be effectively excluded if there were not proteins to facilitate its movement across the membrane.

Figure 3.17 – The lipid bilayer as a barrier Image by Pehr Jacobson

Figure 3.17 depicts the barrier that the lipid bilayer provides to movement across it and the pressures (ionic attraction, in this case) that can affect movement. Potential energy from charge and concentration differences are harvested by cells for purposes that include synthesis of ATP, and moving materials against a concentration gradient in a process called active transport.

Proteins in a lipid bilayer can vary in quantity enormously, depending on the membrane. Protein content by weight of various membranes typically ranges between 30 and 75% by weight. Some mitochondrial membranes can have up to 90% protein. Proteins linked to and associated with membranes come in several types.

Membranes provide barriers/boundaries for most molecules, but the permeability of water across a lipid bilayer creates a variable that must be considered. The variable here is osmotic pressure. Osmotic pressure (loosely) refers to the tendency of a solution to take in water by the process of osmosis. In Figure 3.22, one can see a visual representation of the concept of the pressure. 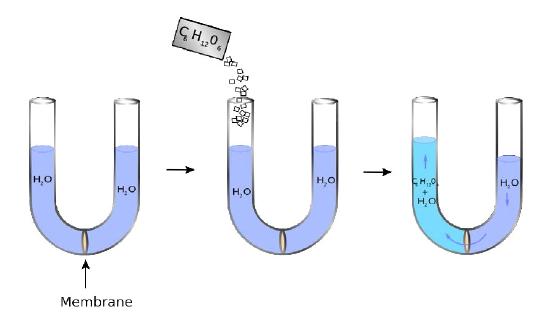 A U-shaped tube has at its bottom a semipermeable membrane. Water can pass through the membrane, but sugar molecules (C6H12O6) cannot. On the left side, sugar is added creating a concentration difference between the right and left chambers. Water diffuses across the membrane from right to left in an attempt to equalize the concentrations, causing the level of the right side to decrease and the left side to increase. The pressure resulting from the differences in height is felt at the membrane.

where n is the number of moles, R is the gas constant, T is the temperature in Kelvin, and V is the volume.

It is more convenient in solutions to work with molarity, so

where M is the molarity of the dissolved molecules, R* is the gas constant expressed in (L atm)/(K mol), and T is the temperature. The Greek letter Π is used to refer to the Posmoticterm, so

Remember when calculating the molarity to include the molarity of each particle. For example, when one dissolves sucrose in solution, it does not split into smaller particles, so

However, for salts, like KOH, which forms two ions in solution (K+ and OH- ),

We consider three situations (Figure 3.23). First, if the concentration of solutes is greater inside the cell than outside, water will tend to move into the cell, causing the cell to swell. This circumstance is called hypotonic. Conversely, if the solute concentration is greater outside the cell than inside of it, water will exit the cell and the cell with shrink. This is a hypertonic situation. Last, if the concentrations of solutes into and outside of the cell is equal, this is called an isotonic solution. Here, no movement of water occurs across the cell membrane and the cell retains its size. 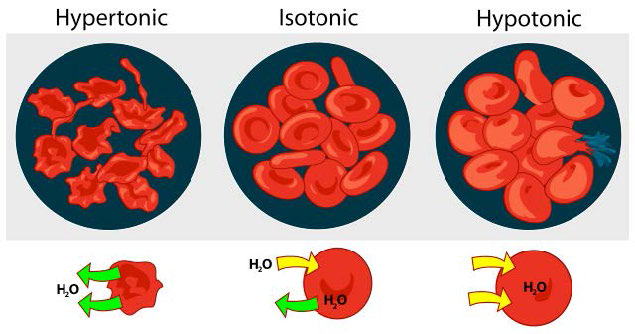 Figure 3.23 – The effect of three different osmotic conditions on red blood cells concentrations on either side of the membrane

If the osmotic pressure is greater than the forces holding together a cellular membrane, the cell will rupture. Because of this, some cells have built in defenses to prevent problems. Plant cells, for example have a fairly rigid cell wall that resists expansion in hypotonic solutions (Figure 3.24). Bacteria also have a cell wall that provides protection.