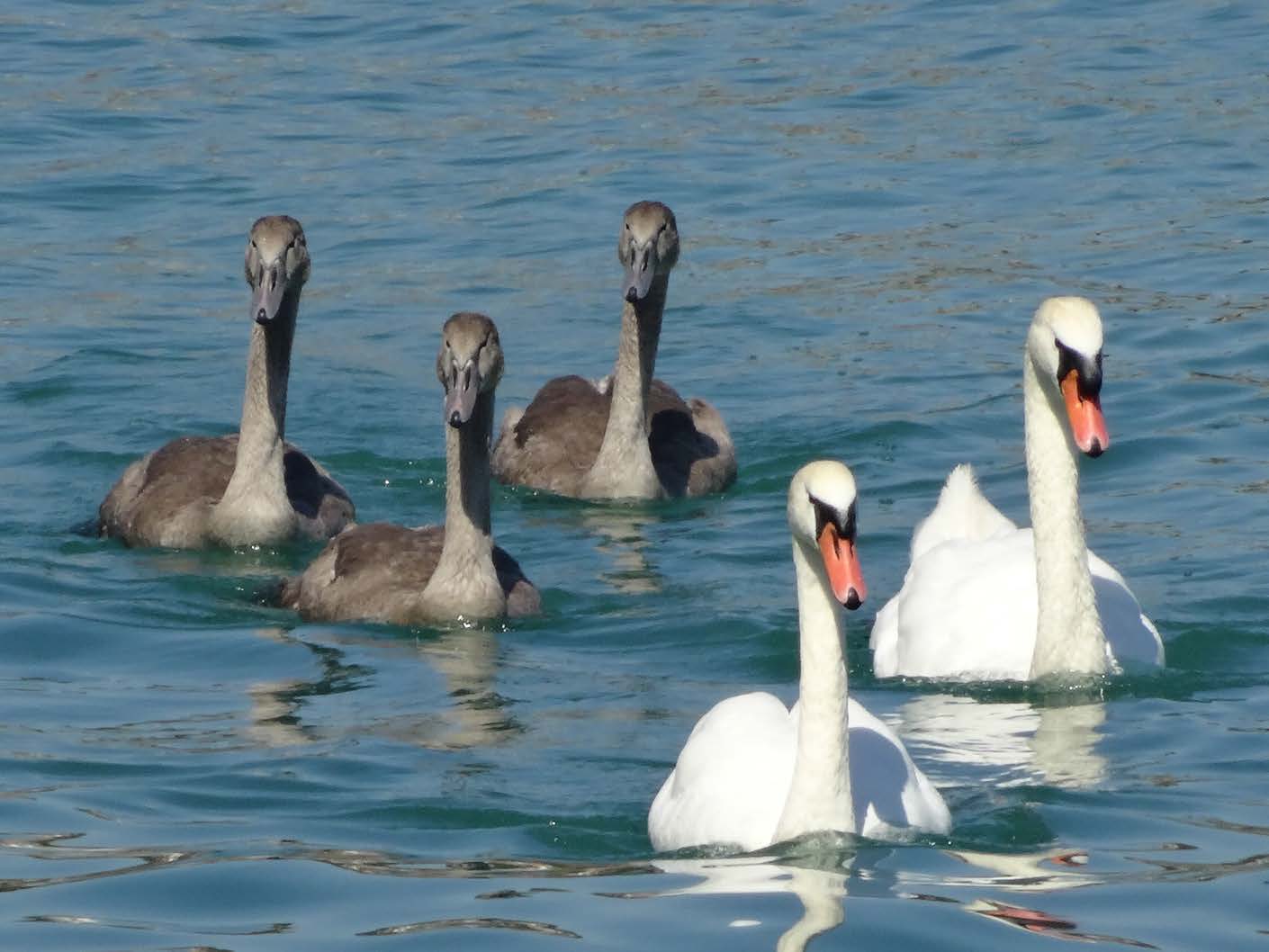 Living organisms are made up of cells, and cells contain an enormous collection of biochemical components. Living cells, though, are not random collections of these molecules. They are extraordinarily organized or “ordered”. By contrast, in the nonliving world, there is a universal tendency to increasing disorder. Maintaining and creating the order required for functioning cells takes the input of energy. Without energy, life is not possible.

The primary mechanism used by non-photosynthetic organisms to obtain energy is oxidation chemistry. Reduced carbon in molecules is the most commonly oxidized energy source. The energy released during the oxidative steps is “captured” in the formation of ATP and can be used later for energy-requiring processes.

The more reduced a carbon atom is, the more energy can be realized from its oxidation. Fatty acids are highly reduced, whereas carbohydrates are moderately so. Complete oxidation of both leads to carbon dioxide, which has the lowest potential energy state.

In the series shown in Figure 1, the most reduced form of carbon is on the left. The energy of oxidation of each form is shown above it. Consider the formulas for fatty acids and carbohydrates:

Palmitic acid only contains two oxygens per sixteen carbons, whereas glucose has six oxygen atoms per six carbons. The remaining bonding to carbon in taken up by hydrogens. Consequently, when palmitic acid is fully oxidized, it generates more ATP per carbon (128/16) than glucose (38/6). This is one of two main reasons our bodies use fat (contains fatty acids) as our primary energy storage material. (The other reason is that carbohydrates are stored with associated water molecules, which adds lots of weight but no extra energy). 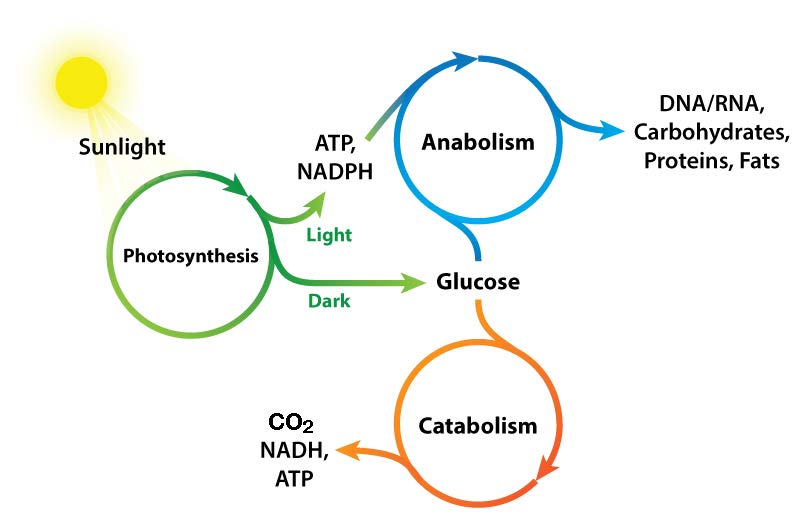 Oxidation vs. Reduction in Metabolism

Biochemical processes that break things down from larger to smaller are called catabolic processes. Catabolic processes are often oxidative in nature and energy releasing. Some, but not all, of that energy is captured as ATP. If not all of the energy is captured as ATP, what happens to the rest of it? The answer is simple. It is released as heat and it is for this reason our bodies generate warmth, especially when we exert ourselves.

By contrast, synthesizing large molecules from smaller ones (for example, making proteins from amino acids) is referred to as anabolism. Anabolic processes often involve the reduction of carbon or other atoms (Figures 5.3 & 5.4) and require energy input. By themselves, they would not occur, as they are reversing oxidation and decreasing entropy (making many small things into a larger and more ordered one). To overcome this energy barrier, cells must expend energy. For example, if one wishes to reduce [latex]\ce{CO2}[/latex] to carbohydrate, energy must be used to do so. Plants do this during the dark reactions of photosynthesis (Figure 3). The energy source for the reduction is ultimately the sun. The electrons for the reduction come from water, and the [latex]\ce{CO2}[/latex] is removed from the atmosphere and gets incorporated into a sugar. 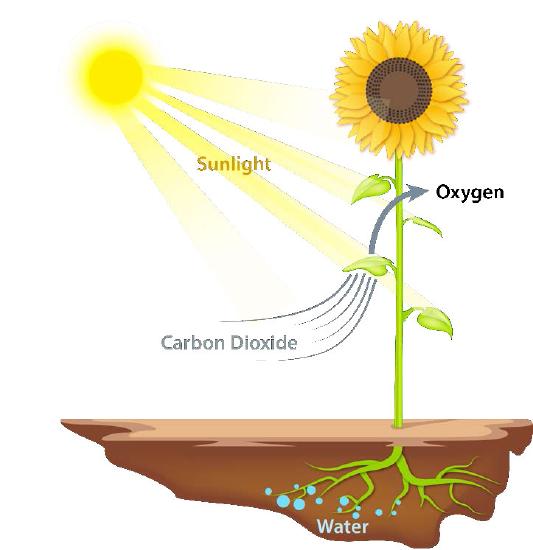 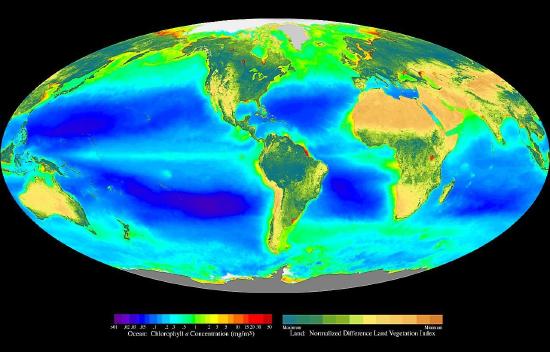 The synthesis of the many molecules in a functioning cell creates a need for energy in the cell. Cells overcome this energy obstacle by using ATP to “drive” energy-requiring reactions (Figure 6). The energy needed to drive reactions is harvested in very controlled conditions in enzymes. This involves a process called ‘coupling’. 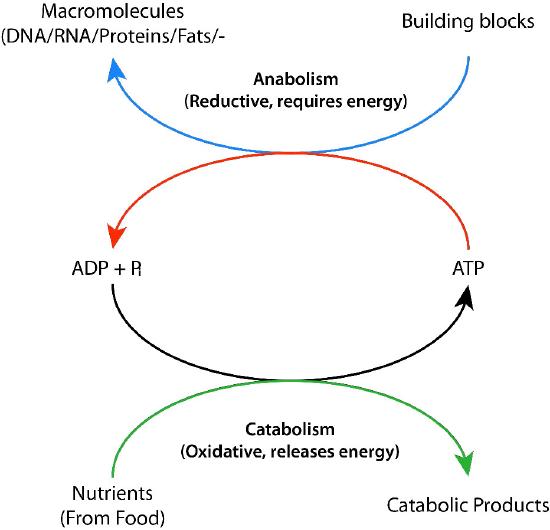 Figure 6: Cycling of biological energy via ADP and ATP. Image by Pehr Jacobson

Cells are very organized or ordered structures, leading some to mistakenly conclude that life somehow violates the laws of physics. In fact, that notion is incorrect. The second law of thermodynamics doesn’t say that entropy always increases, just that, left alone, it tends to do so, in an isolated system. Cells are not isolated systems, though, in that they obtain energy, either from the sun, if they are autotrophic, or food, if they are heterotrophic.

To counter the universal tendency towards disorder on a local scale requires energy. As an example, take a fresh deck of cards which is neatly aligned with Ace-King-Queen . . . . 4,3,2 for each suit. Throw the deck into the air, letting the cards scatter. When you pick them up, they will be more disordered than when they started. However, if you spend a few minutes (and expend a bit of energy), you can reorganize the same deck back to its previous, organized state. If entropy always increased everywhere, you could not do this. However, with the input of energy, you overcame the disorder. This illustrates an important concept: the cost of fighting disorder is energy.

There are, of course, many reasons that organisms need energy. Muscular contraction, synthesis of molecules, neurotransmission, signaling, thermoregulation, and subcellular movements are all energy-requiring processes. Where does this energy come from? The currencies of energy are generally phosphate-containing molecules. ATP is the best known and most abundant of these, but GTP is also an important energy source (energy source for protein synthesis). CTP is involved in synthesis of glycerophospholipids and UTP is used for synthesis of glycogen and other sugar compounds. In each of these cases, the energy is in the form of potential chemical energy stored in the multi-phosphate bonds of a nucleotide triphosphate. Hydrolyzing those bonds releases the energy in them.

Of the triphosphates, ATP is the primary energy source, acting to facilitate the synthesis of the others by action of the enzyme NDPK. ATP is produced in cells from its precursor ADP (adenosine diphosphate) by three distinct types of phosphorylation – 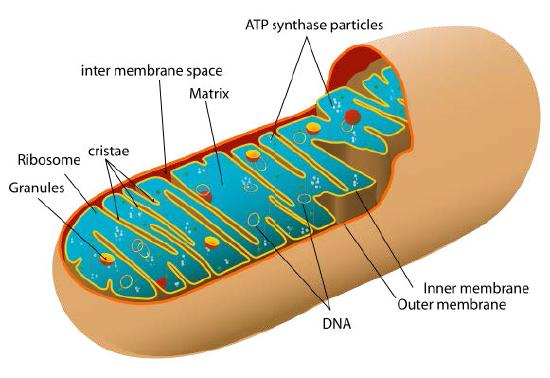 Figure 5.8: Differences in ion concentration across a membrane give rise to chemical and electrical gradients. Image by Pehr Jacobson 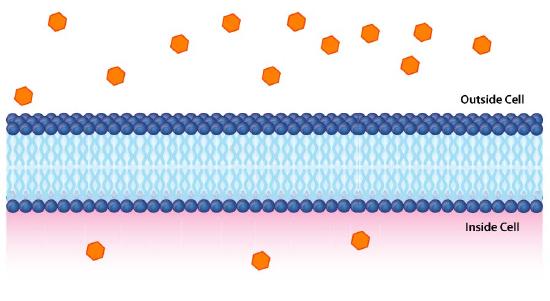 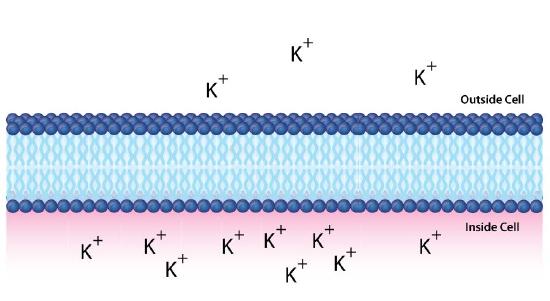 Such gradients function like batteries and contain potential energy. When the potential energy is harvested by cells, they can create ATP, transmit nerve signals, pump molecules across membranes, and more. That release of the energy comes when the gradient is somehow relieved and the concentrations equalize. 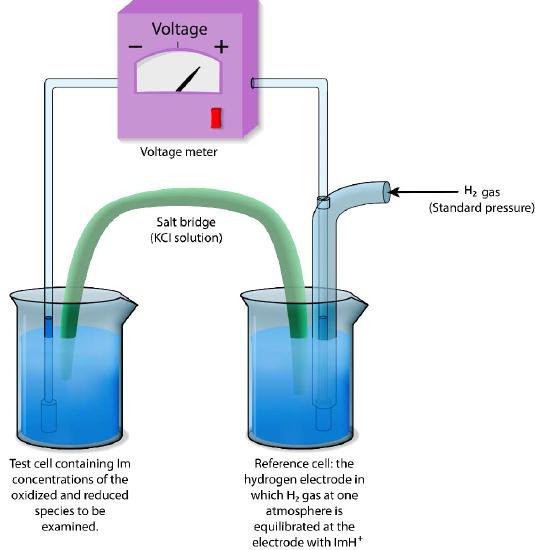 Formation of triphosphates, like ATP, is essential to meeting the cell’s energy needs for synthesis, motion, and signaling. In a given day, an average human body makes and breaks down more than its weight in triphosphates. This is especially remarkable considering that there is only about 250 g of the molecule present in the body at any given time. Energy in ATP is released by hydrolysis of a phosphate from the molecule. 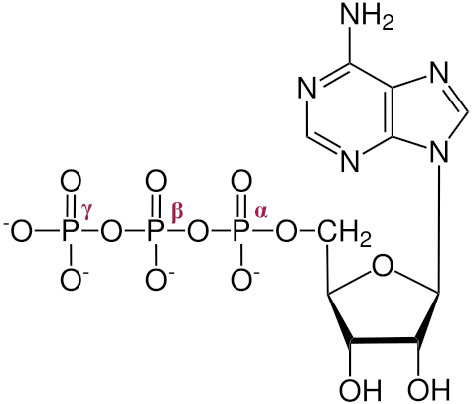 The three phosphates, starting with the one closest to the sugar are referred to as α, β, and γ (Figure 12). It is the γ phosphate that is cleaved in hydrolysis and the product is ADP. This hydrolysis is an energy-releasing process.