Today, the majority of workplaces are multicultural. Employees in the workplace are more likely to come from different backgrounds including cultural environments and different parts of the world. The textbook, Technical Communication by Paul V. Anderson, makes a point to emphasize cultural differences. It is important to take into account whom a document will be read by. 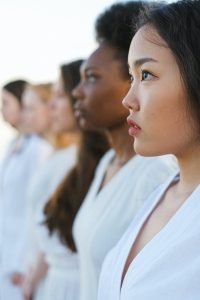 The following characteristics show differences between cultures and should be considered by effective writers:

High-context cultures such as Japan, China, and France provide little details in their writing. A high-context culture is based on fewer, deeper relations with people; there are many unspoken social rules and understandings within the culture. People in these cultures expect readers to have enough knowledge about the communication before they begin reading. In areas such as instructions, for example, it is assumed that readers have enough background knowledge or experience that there is no need to explain different tools used or walk the reader through any steps. People in low-context cultures such as the United States, Great Britain, and Germany assume readers know very little before they begin reading. Low-context cultures have a greater number of surface-level relations; rules are more explicitly defined so others know how to behave. People in low-context cultures expect detailed writing that explains the entire process. Writers should consider the cultural audience of their writing so that readers are not insulted by an excess or lack of information.

Distance Between the Top and Bottom of Organizational Hierarchies

Many organizations in the United States and Western Europe have great distances with many layers between top-level management and low-level workers. When the distance is large, writing to employees above and below tends to be more formal. In cultures where companies are more flatly organized, communication between layers tends to be less formal.

Many Asian and South American cultures are collectivist, meaning people pursue group goals and pay attention to the needs of the group. In individualistic cultures such as the United States and Northern Europe, people are more interested in personal achievement. Writers should know if they are writing to an audience that is “me-oriented” or one that is “we-oriented.” 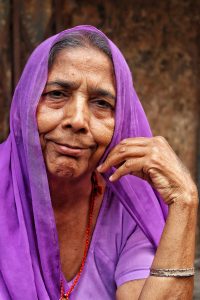 There are several differences that one should be aware of when meeting a colleague with a different cultural background. For instance, some cultures stand very close to each other when talking and some prefer to have distance. Some cultures make eye contact with each other and some find it disrespectful. There are also certain cultures where an employee will not disagree or give feedback to their superior. It is seen as disrespectful. In these cultures, it is usually unacceptable to ask questions.

Preference for Direct or Indirect Statements

People in the United States and Northern Europe prefer direct communications, while people in Japan and Korea typically prefer indirect communications. When denying a request in the U.S., a writer will typically apologize, but firmly state that request was denied. In Japan, that directness may seem rude. A Japanese writer may instead write that the decision has not yet been made, delaying the answer with the expectation that the requester will not ask again. In Japan, this is viewed as more polite than flatly denying someone; however, in the United States this may give false hope to the requester, and the requester may ask again.

In the United States and Europe, business decisions are typically made objectively with consideration given to cost, feasibility, timeliness, etc. In Arab cultures, business decisions are often made on the basis of personal relationships. Writers should know if a goal-oriented approach is best, or if a more personable communication would be preferred.

Interpretation of Images, Gestures, and Words

Words, images, and gestures can mean different things in different cultures. Knowing how images will be interpreted in another culture is crucial before sending documents to unfamiliar audiences. For example, hand gestures are interpreted differently around the world, and graphics showing hands should generally be avoided. Also, religiously affiliated wording can cause offense by readers. “I’ve been blessed to work with you” and comments that lend themselves to religious references should be avoided in the business setting. 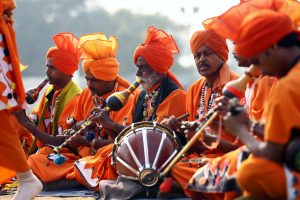 It is often difficult to determine who will be reading your documents. It is important to distinguish your audience before writing. When writing to a wide variety of people, knowing their cultural biases, assumptions, and customs are essential. There are a variety of resources online that provide cultural information about countries around the world. Understanding differences reduces the amount of miscommunication when doing global business. As an example, in the United States many times the date is written Month, Day, Year, but in other countries they write a date Day, Month, Year. Knowing this can reduce the confusion of when things are sent, due, and timelines. Learning information about other nationalities helps you relate to your readers as well as prepare you for the future. Readers will appreciate your knowledge about their customs.

Technical Writing at LBCC by Will Fleming is licensed under a Creative Commons Attribution 4.0 International License, except where otherwise noted.