The neoclassical approach to understanding consumption decisions appears to make a lot of sense, given the specific (perhaps peculiar) way the question is posed.  Why do people buy what they buy?  Because they prefer these things over others.  Of course!  But how well does this approach answer the truly interesting questions of modern consumption decisions?  Why, for instance, do some people buy sports cars only to park them with everyone else in rush hour traffic?  Why is it that, when we go to buy clothes, we spend so little time comparing the warmth and durability of the materials, and so much time on the finer details of ‘how it looks’?  De gustibus non est disputandum leads the neoclassical economist to conclude simply that these are the elements which provide the most utility, leaving the critical thinker to ask: well, why are these the major elements of utility?  (Naturally, to argue that we prefer the things that give us utility, and the things that give us utility are the things we prefer, is little more than an exercise in circular reasoning after all.)

Jettisoning the overly constricting assumption of de gustibus non est disputandum allows us to move on to an institutional analysis; and with that analysis we can begin to answer the really interesting questions.  Once we accept that humans are naturally, inherently social creatures, and that a society’s institutions evolve over time, we can begin to understand how consumption patterns reflect partly the needs and desire of individuals, but also in part the received ‘habits of thought’ of the societies these individuals were born into.  We can develop plausible explanations, like conspicuous consumption, for why consumers appear to be purchasing things for their disutility or their wastefulness. 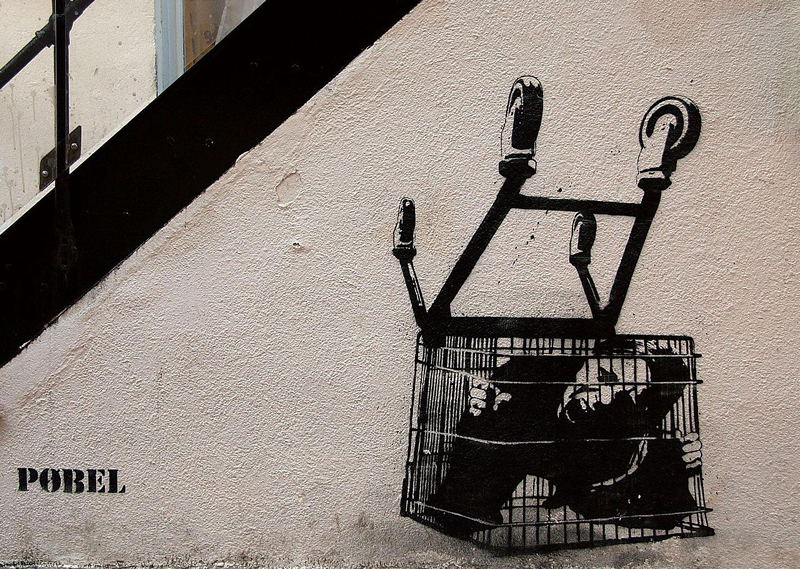 These theories, in turn, bring to light new questions.  For instance, what is the relationship between the producers of consumer goods and the desires of consumers if not simply for the former to cater to the latter?  What is the nature of the Self, how is that constrained by a culture of consumerism, and how might it break free of those constraints?  These may be difficult questions to answer within the standard framework of neoclassical economics.  Because of this, heterodox economists often turn to an institutional analysis instead.

Who are we and what do we want?

Certainly, the basic purpose of this textbook is to introduce the student to how economists explain the way our economy works.  But it’s worth pausing for a moment to reflect on the following question: are you, the student, being trained in something more than theories that explain the consumption, production, and distribution of goods and services?  Does it go deeper than that?

In a recent interview, linguist Noam Chomsky was asked if he agreed with the view that “bedrock human nature” indicated that we, as people, are “selfish and really seeking material comfort…that we can never get away from that–that’s what we are.”  Chomsky’s response was that such a view was a product of the last century of advertising, rather than any scientific study of actual human nature.  “The natural thing for humans,” Chomsky argued, “is to want to be independent, creative.…  People, I think, want dignity and a sense of self-worth, and a sense of creating and doing something that’s important; that’s what we are.  I think it’s taken huge efforts, enormous efforts–a huge part of the economy is devoted to trying to drive these things out of people’s heads, to make you think that all you want is more commodities…”

It is worth considering where an introductory economics class (and textbook) fits into the broader culture in which we live.  While economists surely strive to be objective social scientists, it is impossible for us to completely divorce ourselves from the societies in which we were brought up.  Is it possible, therefore, that the stories we tell about, for instance, consumer choices have embedded in them certain assumptions about what it is to be human?  And, furthermore, is it possible that those assumptions are in part a reflection of the very societies we’re trying to understand?  As this chapter has demonstrated, regardless of your personal beliefs about human nature, asking these questions is important if we’re to properly understand our economy as it evolves through time.