Introduction to the Megacorp 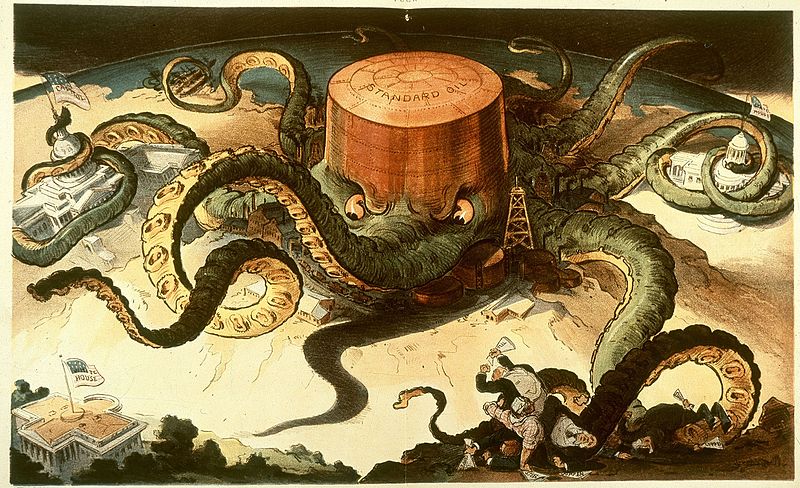 The power of the Standard Oil trust. Udo Keppler’s political cartoon depicting the corporation which, circa 1900, had effectively monopolized petroleum distribution. The tentacles of this gargantuan octopus represented the power Standard Oil exercised over other industries (copper, steel, and shipping) as well as politics. (Wikimedia, Public Domain)

The importance of businesses in modern capitalist economies cannot be overstated.  They are the local barber shops and factories, as well as the multinational oil giants and online retail enterprises. We do business with them when we purchase nearly everything we buy as well as when we set out to earn a living.  While economists prefer simply to say ‘firm’, everyday conversations will often include terms like ‘big business’, ‘corporations’, ‘entrepreneurs’, and ‘job creators’.  They may reference particular firms, known by name to everyone, or commonly understood terms for whole industries–for instance, ‘the media’ or ‘Wall Street’.  Certainly, businesses are an important and complex part of the modern world–not just the economy, but society more broadly.  They have been applauded and derided, praised and demonized since before the Sons of Liberty cast crates of tea belonging to the East India Company, a large British corporation, into Boston Harbor in 1773. 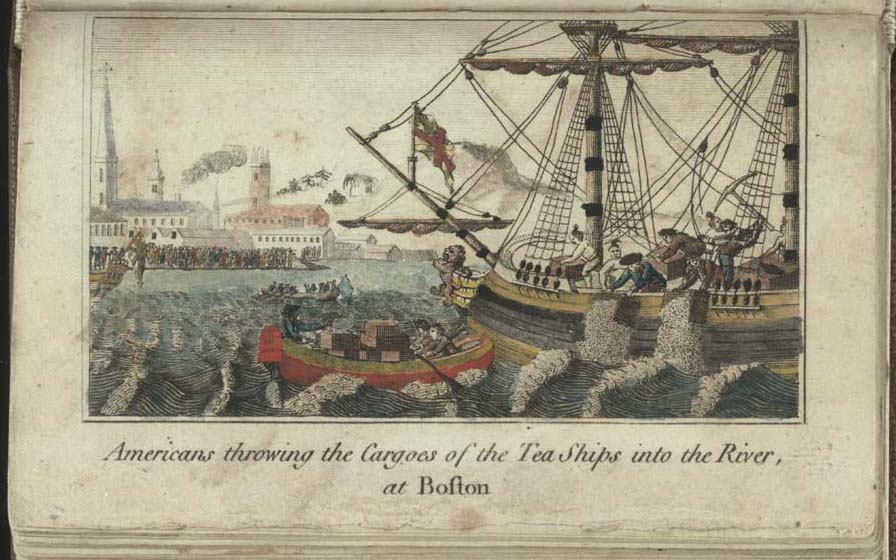 Yet, orthodox economics treats ‘the firm’ with typical abstraction: it is simply a production function, translated into a set of cost curves, with a singular objective to maximize profits.  That model of the firm, almost regardless of the actual business or businesses it might represent, has a ‘U’-shaped average total cost curve, and increasing marginal costs due to diminishing marginal returns (see chapter “Cost and Industry Structure”).  It pursues, always and everywhere, the greatest possible profits by deciding what, how, and how much to produce, taking technological possibilities as given.  As you have seen in previous chapters, the market structure–and therefore the outcome–may differ from industry to industry, location to location, and so forth, but the firm remains essentially the same.

Many heterodox economists will note that abstraction is not, in itself, a bad thing.  A complex reality has to be simplified in our understanding of it, if we have any hope of understanding it at all.  But, it is important to get it right–to simplify reality without departing too far from it.  The orthodox depiction of the firm is not only fundamentally problematical, heterodox economists would argue (see chapter “Costs and Prices: The Evidence”), it is part of a view of capitalism that may no longer be appropriate to our modern economy.  Specifically, the plot of the mainstream economics narrative casts the market as the star of the show–and, at least where that market is competitive, really consumers play the roles of king and queen.  In contrast, heterodox economists tell a story in which modern capitalist economies have largely replaced consumer sovereignty with producer sovereignty.

In this alternative story, the true importance of the producer–specifically the large, economically, politically, and culturally influential corporation–is acknowledged.  The business enterprise (a term many heterodox economists prefer to ‘firm’) is a socially recognized, legitimate organization.  It has certain requirements if it is to be maintained as a coherent organization.  And, especially in its ‘big business’ form–what Post Keynesian economist Alfred Eichner termed the Megacorp–those requirements take priority in the way modern capitalist economies are structured.

Does monopoly power capture the real breadth of corporate power?

The starting point and focus of most of neoclassical theory has traditionally been voluntary exchange in a competitive market–that is, individuals choosing to trade one good for another, and in doing so making each other better off.  This has colored the notion of power within this paradigm, limiting it somewhat to a failure to meet the standards of the competitive ideal.  Such a narrow treatment of power, in the realm of big business, is evident in the monopoly model presented in a previous chapter.  There, the reader will notice, the notion of power is explicitly treated; but the focus is on the ability to raise prices and restrict output compared to the outcome that would exist under perfect competition.  Treatment of barriers to entry is secondary, showing the practical means by which business enterprises may achieve higher prices through lower competition.  (Likewise, monopolistic competition and oligopoly are typically defined as some mix of the two extremes of perfect competition and monopoly, rather than fundamentally different situations.)  The quantity, moreover, is still determined by a comparison of marginal costs and revenues, and price is still set with reference to demand–the same basic tenets of the model of perfect competition remain intact.

Yet, consider the forms of power which the neoclassical abstraction sets aside.  The power to dictate both prices and quantities, for instance through the billions of dollars of advertising spent each year in the US, is ignored–or, at best, treated as a special case.  So, too, is the power to create new technologies, as well as to limit access to those technologies through things like digital rights management.  Likewise, the political and cultural influences of business are almost completely neglected in an analysis that focuses only on prices and quantities.

If the reader is willing to accept this alternative story, setting big business at the center of the economic landscape, as a plausible way to look at how our economy works, a host of new questions–and new answers–will open up.  The following sections will explore some of those questions while introducing a number of important concepts and theories from heterodox economics.  To illustrate these ideas, the chapter will conclude with a look at the college textbook industry and a question you’ve probably asked yourself: why do textbooks costs so much?