By the end of this chapter, you will be able to:

Viewed from space, Earth (Figure 1) offers few clues about the diversity of life forms that reside there. The first forms of life on Earth are thought to have been microorganisms that existed for billions of years before plants and animals appeared. The mammals, birds, and flowers so familiar to us are all relatively recent, originating 130 to 200 million years ago. Humans have inhabited this planet for only the last 2.5 million years, and only in the last 200,000 years have humans started looking like we do today.

Biology is the science that studies life. What exactly is life? This may sound like a silly question with an obvious answer, but it is not easy to define life. For example, a branch of biology called virology studies viruses, which exhibit some of the characteristics of living entities but lack others. It turns out that although viruses can attack living organisms, cause diseases, and even reproduce, they do not meet the criteria that biologists use to define life.

From its earliest beginnings, biology has wrestled with four questions: What are the shared properties that make something “alive”? How do those various living things function? When faced with the remarkable diversity of life, how do we organize the different kinds of organisms so that we can better understand them? And, finally—what biologists ultimately seek to understand—how did this diversity arise and how is it continuing? As new organisms are discovered every day, biologists continue to seek answers to these and other questions.

Organisms, in the most basic form, consist of highly organized structures that are made up of one or more cells. Even very simple, single-celled organisms are remarkably complex. Inside each cell, atoms make up molecules. These in turn make up cell components or organelles. Multicellular organisms, which may consist of millions of individual cells, have an advantage over single-celled organisms in that their cells can be specialized to perform specific functions.

Single-celled organisms reproduce by duplicating their DNA (deoxyribonucleic acid, the genetic material) and then dividing it equally as the cell prepares to divide to form two new cells.

Many multicellular organisms produce specialized reproductive cells that will form new individuals. When reproduction occurs, DNA is passed along to an organism’s offspring. Genes, made up of DNA, are the basic units by which traits are passed from parent to offspring.  DNA, and the information that it encodes in genes, is the reason that offspring will belong to the same species as parents and will have similar characteristics.

All living organisms exhibit a “fit” to their environment. Biologists refer to this fit as adaptation and it is a consequence of evolution by natural selection, which operates in every lineage of reproducing organisms. Examples of adaptations are diverse and unique, from heat-resistant Archaea that live in boiling hot springs to the tongue length of a nectar-feeding moth that matches the size of the flower from which it feeds. All adaptations enhance the reproductive potential of the individual exhibiting them, including their ability to survive to reproduce. Adaptations are not constant. As an environment changes, natural selection causes the characteristics of the individuals in a population to track those changes.

Organisms grow and develop according to specific instructions coded for by their genes. These genes provide instructions that will direct cellular growth and development, ensuring that a species’ young (Figure 4) will grow up to exhibit many of the same characteristics as its parents.

Even the smallest organisms are complex and require multiple regulatory mechanisms to coordinate internal functions, such as the transport of nutrients, response to stimuli, and coping with environmental stresses. For example, organ systems such as the digestive or circulatory systems perform specific functions like carrying oxygen throughout the body, removing wastes, delivering nutrients to every cell, and cooling the body. 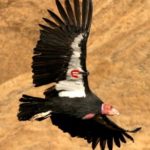 To function properly, cells require appropriate conditions such as proper temperature, pH, and concentrations of diverse chemicals. These conditions may, however, change from one moment to the next. Organisms are able to maintain internal conditions within a narrow range almost constantly, despite environmental changes, through a process called homeostasis or “steady state”—the ability of an organism to maintain constant internal conditions. For example, many organisms regulate their body temperature in a process known as thermoregulation. Organisms that live in cold climates, such as the polar bear (Figure 6), have body structures that help them withstand low temperatures and conserve body heat. In hot climates, organisms have methods (such as perspiration in humans or panting in dogs) that help them to shed excess body heat. 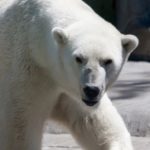