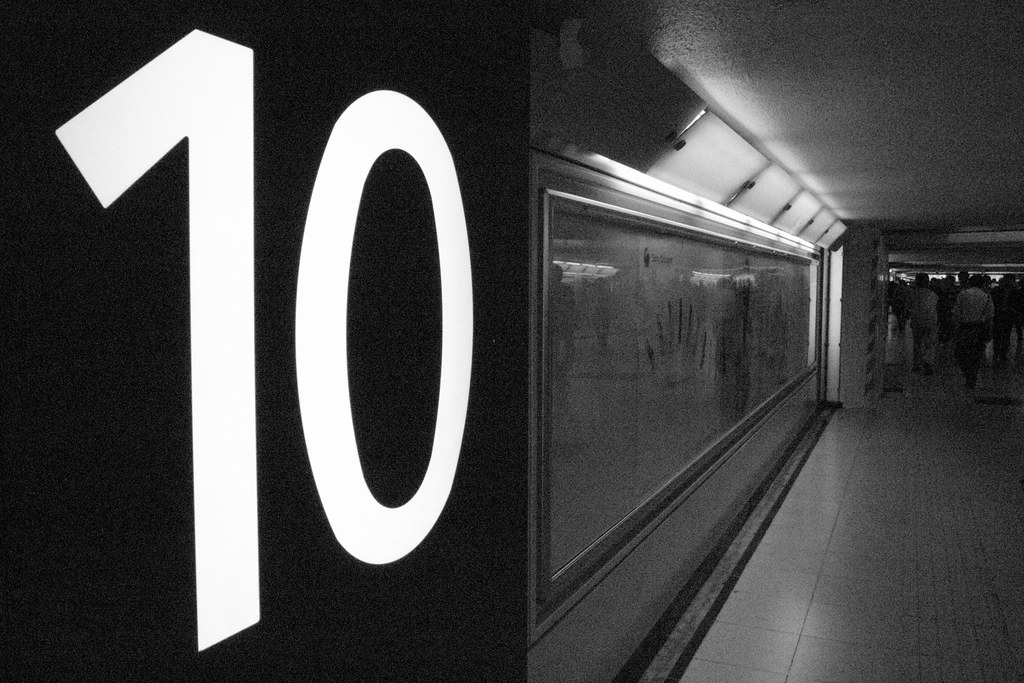 Decimal notation is based on powers of

We represent these powers with negative exponents:

Note: This is true for any base, not just

, but we will focus only on

number system, any power of

can be written as a

in a certain decimal place.

If you haven’t watched the video “Powers of Ten” from 1977 on YouTube, take ten minutes right now and check it out. Your mind will never be the same again.

Looking in the other direction, a decimal such as

The idea behind scientific notation is that we can represent very large or very small numbers in a more compact format: a number between

, multiplied by a power of

is an integer and

is any real number such that

Note: An integer is a number with no fraction or decimal part: …

1. The mass of the Earth is approximately

kilograms. The mass of Mars is approximately

kilograms. Can you determine which mass is larger?

Clearly, it is difficult to keep track of all those zeros. Let’s rewrite those huge numbers using scientific notation.

2. The mass of the Earth is approximately

kilograms. The mass of Mars is approximately

kilograms. Can you determine which mass is larger?

It is much easier to compare the powers of

. You may be familiar with the term order of magnitude; this simply refers to the difference in the powers of

of the two numbers. Earth’s mass is one order of magnitude larger because

We can apply scientific notation to small decimals as well.

3. The radius of a hydrogen atom is approximately

meters. The radius of a chlorine atom is approximately

meters. Can you determine which radius is larger?

Again, keeping track of all those zeros is a chore. Let’s rewrite those decimal numbers using scientific notation.

4. The radius of a hydrogen atom is approximately

meters. The radius of a chlorine atom is approximately

meters. Can you determine which radius is larger?

for chlorine begin in the tenth decimal place, but the digits

for hydrogen begin in the eleventh decimal place.

Scientific notation is very helpful for really large numbers, like the mass of a planet, or really small numbers, like the radius of an atom. It allows us to do calculations or compare numbers without going cross-eyed counting all those zeros.

Write each of the following numbers in scientific notation.

You may be familiar with a shortcut for multiplying numbers with zeros on the end; for example, to multiply

, we can multiply the significant digits

and count up the total number of zeros, which is five, and write five zeros on the back end of the

. This shortcut can be applied to numbers in scientific notation.

To multiply powers of

Multiply each of the following and write the answer in scientific notation.

When the numbers get messy, it’s probably a good idea to use a calculator. If you are dividing numbers in scientific notation with a calculator, you may need to use parentheses carefully.

The mass of a proton is

kg. The mass of an electron is

17. Divide these numbers using a calculator to determine approximately how many times greater the mass of a proton is than the mass of an electron.

Closely related to scientific notation is engineering notation, which uses only multiples of

. This is the way large numbers are often reported in the news; if roughly

people live in Oregon City, we say “thirty-seven thousand” and we might see it written as “37 thousand”; it would be unusual to think of it as

and report the number as “three point seven ten thousands”.

In engineering notation, the power of

is always a multiple of

, and the other part of the number must be between

is a multiple of

is any real number such that

Write each number in engineering notation, then in scientific notation.

21. The world population is around