You will need a calculator near the end of this module.

Angle measurement is important in construction, surveying, physical therapy, and many other fields. We can visualize an angle as the figure formed when two line segments share a common endpoint. We can also think about an angle as a measure of rotation. A full rotation or a full circle is

, so a half rotation or U-turn is

, and a quarter turn is

We often classify angles by their size.

Lines that form a

angle are called perpendicular. As shown below, the needle should be perpendicular to the body surface for an intramuscular injection. 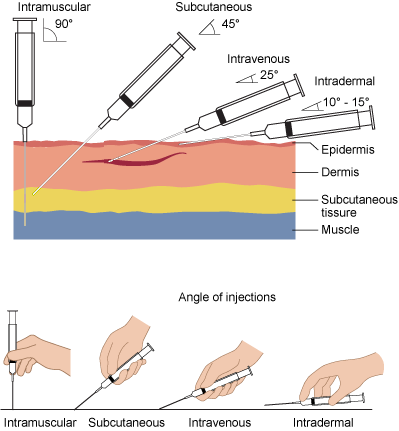 Identify each angle shown below as acute, right, obtuse, straight, or reflexive. 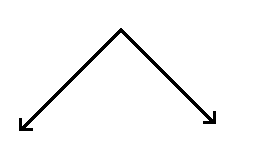 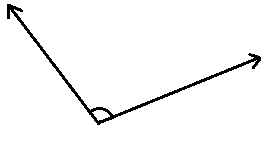 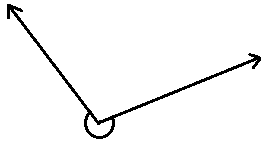 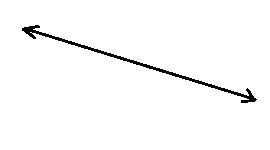 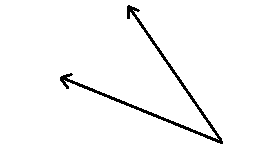 Find the measure of each unknown angle. 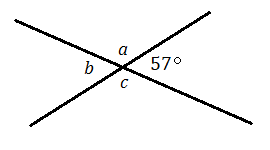 If you need to find the measures of the angles in a triangle, there are a few rules that can help.

The sum of the angles of every triangle is

If any sides of a triangle have equal lengths, then the angles opposite those sides will have equal measures.

Find the measures of the unknown angles in each triangle. 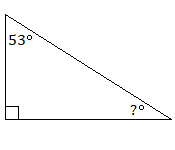 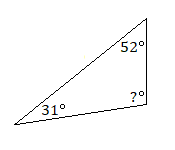 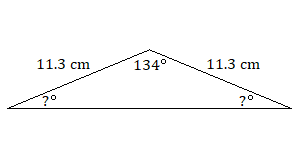 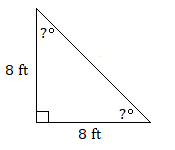 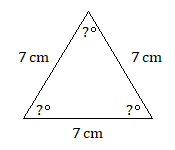 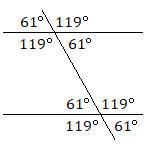 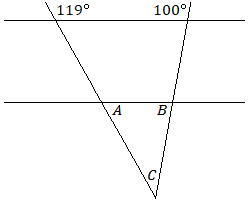 12. Find the measures of angles 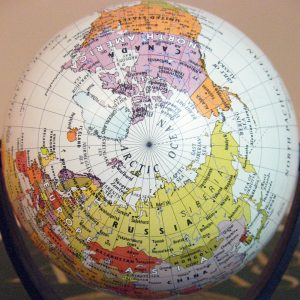 It is possible to have angle measures that are not a whole number of degrees. It is common to use decimals in these situations, but the older method—called the degrees-minutes-seconds or DMS system—divides a degree using fractions out of

of a degree, and a second is

of a minute, which means a second is

of a degree. (Fortunately, these conversions work exactly like time; think of

We will look at the procedure for converting between systems, but there are online calculators such as the one at https://www.fcc.gov/media/radio/dms-decimal which will do the conversions for you.

If you have latitude and longitude in DMS, like N

, and need to convert it to decimal degrees, the process is fairly simple with a calculator.

Converting from DMS to Decimal Degrees

in your calculator. Round the result to the fourth decimal place, if necessary.[1]

Convert each angle measurement from degrees-minutes-seconds into decimal form. Round to the nearest ten-thousandth, if necessary.

Going from decimal degrees to DMS is a more complicated process.

Converting from Decimal Degrees to DMS

Convert each angle measurement from decimal into degrees-minutes-seconds form.