The precision of a number is the place value of the rightmost significant figure. For example,

is precise to the hundredths place, and

is precise to the tens place.

Identify the precision (i.e., the place value of the rightmost significant figure) of each number.

In a previous module about decimals, we used precision-based rounding because we were rounding to a specified place value; for example, rounding to the nearest tenth. Let’s practice this with overbars and trailing zeros.

Remember, when the rounding digit of a whole number is a

that gets rounded up to a

, we must write an overbar above that

Also, when the rounding digit of a decimal number is a

that gets rounded up to a

, we must include the

in that decimal place.

Round each number to the indicated place value. Be sure to include trailing zeros or an overbar if necessary.

Precision when Adding and Subtracting

Suppose the attendance at a large event is estimated at

people, but then you see

people leave. Is the new estimate

? No, because the original estimate was precise only to the nearest thousand. We can’t start with an imprecise number and finish with a more precise number. If we estimated that

people had left, then we could revise our attendance estimate to

because this estimate maintains the same level of precision as our original estimate.

When adding or subtracting numbers with different levels of precision, the answer must be rounded to the same precision as the least precise of the original numbers.

Don’t round off the original numbers; do the necessary calculations first, then round the answer as your last step.

Add or subtract as indicated. Round to the appropriate level of precision.

17. Find the combined weight of four packages with the following weights:

18. Find the combined weight of four packages with the following weights:

19. While purchasing renter’s insurance, Chandra estimates the value of her insurable possessions at $

. After selling some items valued at $

, what would be the revised estimate?

20. Chandra knows that she has roughly $

in her checking account. After using her debit card to make two purchases of $

, how much would she have left in her account?

If you are multiplying by an exact number, you can consider this a repeated addition. For example, suppose you measure the weight of an object to be

ounces and you want to know the weight of three of these objects; multiplying

is the same as adding

ounces. The precision is still to the hundredths place. The issue of significant figures doesn’t apply to exact numbers, so it would be wrong to treat

as having only one sig fig. (Treat exact numbers like royalty; their precision is perfect and it would be an insult to even question it.)

Suppose you are weighing a dog with a scale that displays the weight rounded to the nearest pound. If the scale says Sir Barks-A-Lot weighs

pounds, he could weigh anywhere from

pounds. The true weight could be as much as

pounds above or below the measured weight, which we could write as

pounds, we now know that he could weigh anywhere from

pounds. The true weight could be as much as

pounds above or below the measured weight, which we could write as

, the GPE is half of one tenth, or five hundredths,

. The GPE will always be a

in the place to the right of the place value of the number’s precision.

Another way to think about the GPE is that it gives the range of values that would round off to the number in question. Back to weighing Sir Barks-A-Lot:

tells us a lower value and an upper value.

is the lowest weight that would round up to

is the highest weight that would round down to

. Yes, perhaps we should say

, etc., for the upper limit here, but it is easier to just say

is the upper limit even though it would round up instead of down. Using inequalities, we could represent

as the range of values 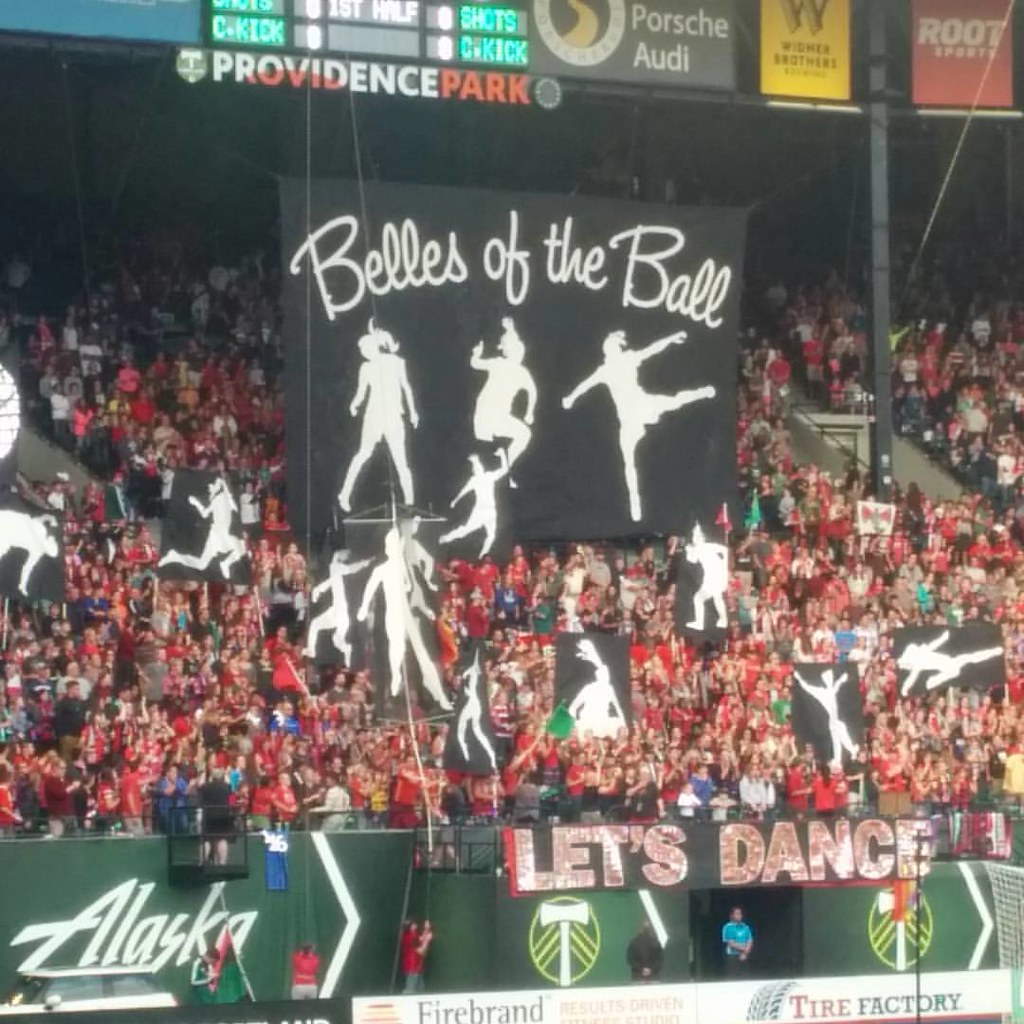 When you are asked to identify the GPE, it may help to think “What are the minimum and maximum numbers that would round to the given number?” For example, suppose the attendance at a Portland Thorns match is estimated to be

people. This number is precise to the nearest thousand. The minimum number that would round up to

would round down to

), and the maximum number that would round down to

would be just below

would round up to

). Because these numbers are each

. If the estimate of

is correct to the nearest thousand, we know that the actual attendance is within

pounds. What is the GPE?

22. A roll of plastic sheeting is

inches thick. What is the GPE in inches?

inches thick is referred to as

mil. What is the GPE in mils?

Recall from the previous module that the accuracy of a measurement is the number of significant figures. Let’s put together the ideas of accuracy, precision, and greatest possible measurement error.

miles. (Note: this is rounded to the nearest mile.)

A new stadium is expected to have around

The capacity of a car’s gas tank is

Here is a summary of the important terms from these two modules. It is easy to get them mixed up, but remembering that “precision” and “place value” both start with “p” can be helpful.

Significant figures: the digits in a number that we trust to be correct

Accuracy: the number of significant digits

Precision: the place value of the rightmost significant digit

Greatest possible measurement error (GPE): one half the precision