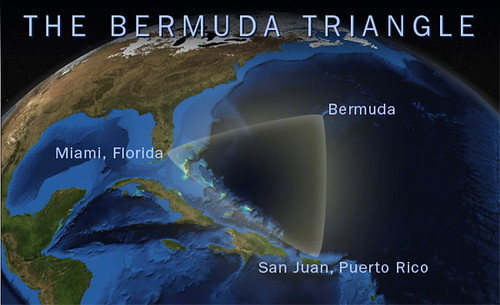 You may use a calculator throughout this module as needed.

We can classify triangles into three categories based on the lengths of their sides.

We can also classify triangles into three categories based on the measures of their angles.

Classify each triangle by angle and side. For example, “acute scalene”.) 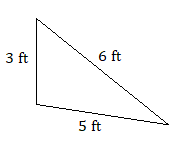 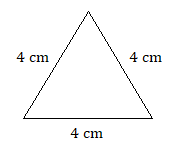 In one of the diagrams in the previous module, the parallel lines included two similar triangles, although they may be hard to see.

Assume that each pair of triangles are similar. Use a proportion to find each unknown length. 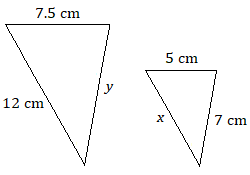 Recognizing corresponding sides can be more difficult when the figures are oriented differently.

Assume that each pair of triangles are similar. Use a proportion to find each unknown length. 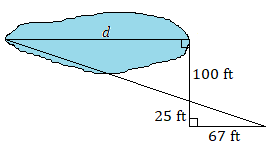 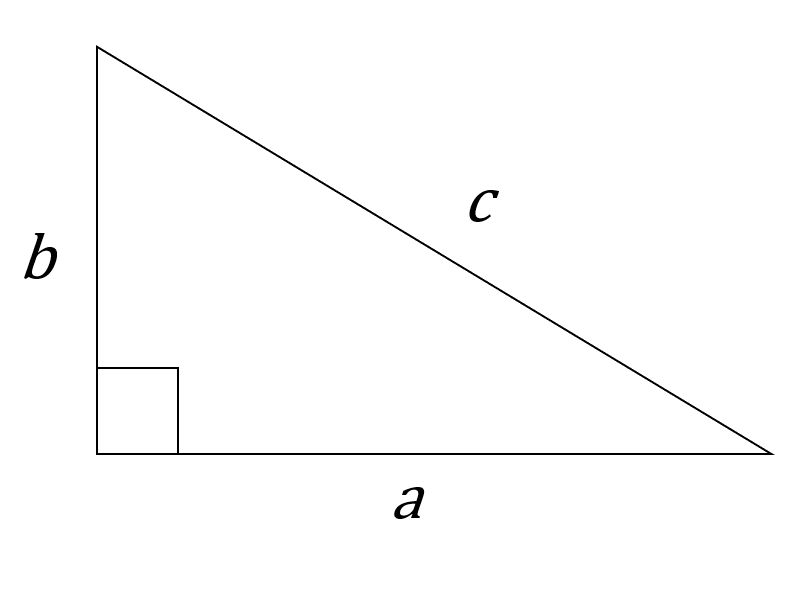 In a right triangle with legs

If you know the lengths of all three sides of a triangle, you can use the Pythagorean theorem to verify whether the triangle is a right triangle or not. The ancient Egyptians used this method for surveying when they needed to redraw boundaries after the yearly flooding of the Nile washed away their previous markings.[1]

Use the Pythagorean theorem to determine whether either of the following triangles is a right triangle. 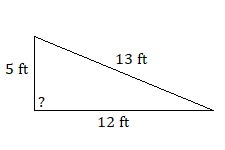 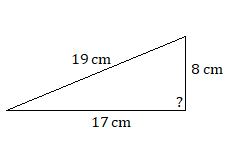 Before we continue, we need to briefly discuss square roots. Calculating a square root is the opposite of squaring a number. For example,

. If the number under the square root symbol is not a perfect square like

, then the square root will be an irrational decimal that we will round off as necessary.

Use a calculator to find the value of each square root. Round to the hundredths place.

The Pythagorean Theorem, three other versions

Find the length of the missing side for each of these right triangles. Round to the nearest tenth, if necessary. 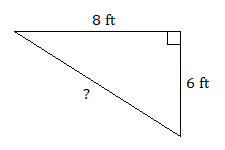 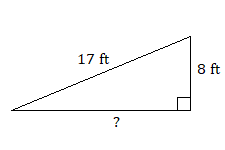 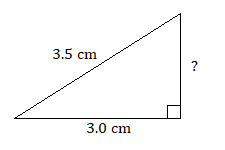