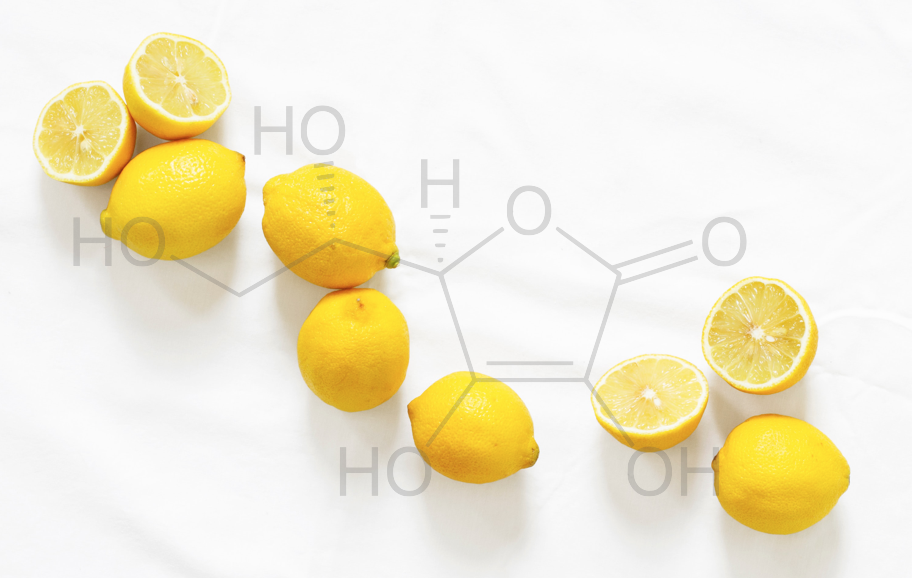 is anything that has mass and takes up space. All living and nonliving things are composed of matter. are the fundamental unit of matter. The chair you are sitting in is made of atoms. The food you ate for lunch was built from atoms. Even the air you breathe is made of atoms. An atom is the smallest unit of an element, just like a blade is the smallest unit of grass. An is made entirely from one specific type of atom. There are more than 100 elements that make up the world we live in, however hydrogen, carbon, nitrogen, and oxygen make up the bulk of all living things. Many elements are found in the foods we eat and all of them are found on the Periodic Table of Elements. 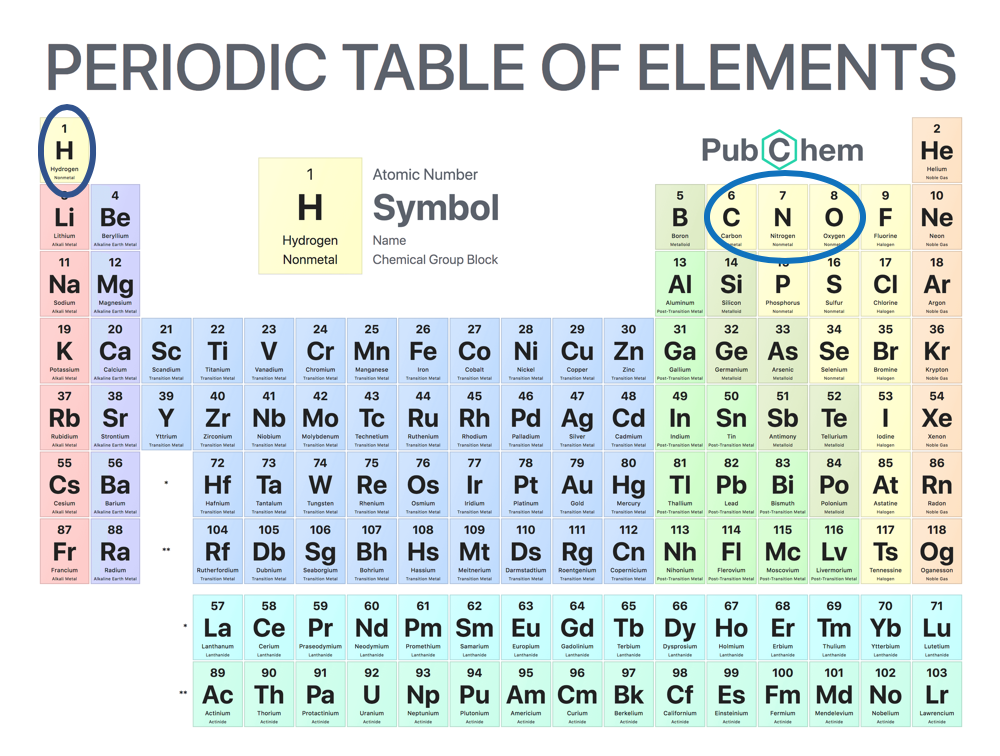 Figure 1.2. The Periodic Table of Elements. Note the four elements circled in blue (hydrogen, carbon, nitrogen, and oxygen). These four elements make up the bulk of all living things.

Atoms are unimaginably small. Even within a single microscopic cell, there is room for not just billions, but trillions or even hundreds of trillions of atoms. The atoms themselves are made of even smaller particles called , , and . Protons and neutrons are found in the nucleus (center) of the atom, while electrons are found outside the nucleus in regions called shells. Protons have a positive charge, neutrons have no charge, and electrons are negatively charged. Because protons and neutrons are contained in the dense nucleus of the atom, the nucleus has a positive charge. And since opposites attract, electrons are attracted to this nucleus and move around it in an electron cloud surrounding the nucleus. This attraction keeps the atom together, much like the force of gravity keeps the moon in orbit around Earth. 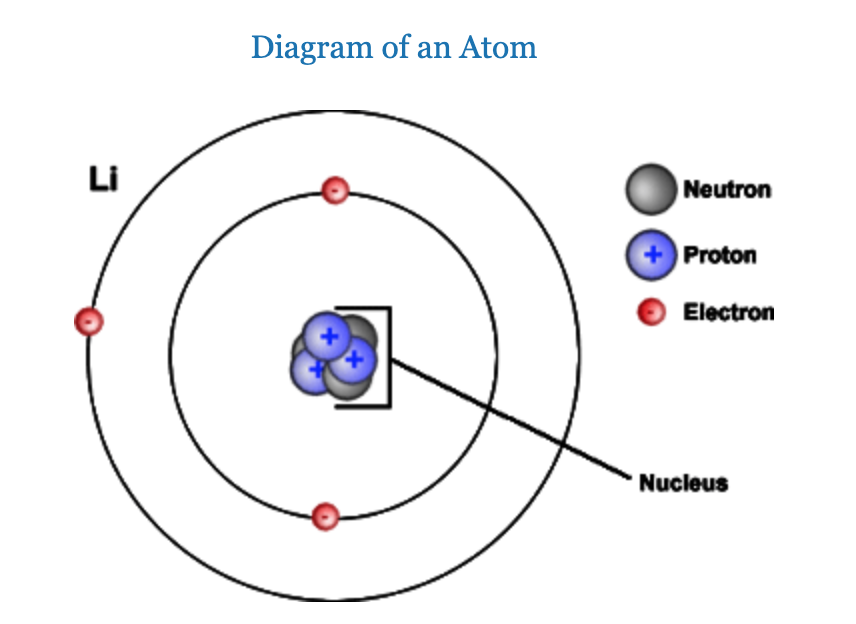 Atoms combine to form a larger and more complex entity called a molecule. are composed of two or more atoms held together by chemical bonds.

The most stable situation for an atom is to have its outer shell completely filled with electrons. It is not easy to explain why this is true, but it’s a rule of thumb that predicts how atoms will react with each other. The first electron shell of an atom is considered full (or stable) when it contains two electrons, and the second and third shells are full (stable) with eight electrons. Atoms tend to bond to other atoms in such a way that both atoms have filled outer shells as a result of the interaction. While some elements may be able to hold more electrons in their third shell, most of the important elements in biology (e.g. hydrogen, carbon, nitrogen, and oxygen) are considered stable with eight electrons in this outer shell.

Instead of transferring their electrons completely, atoms typically remain in very close contact and share electrons so that their outer shells are filled. In essence, a shared electron is counted “twice” and participates in a larger shell that joins the two atoms. A single pair of shared electrons makes a single covalent bond. Atoms can also share two pairs of electrons (in a double bond). This sharing of electrons is called a . Covalent bonds are the strongest, most stable types of chemical bonds in the biological world.

One example of covalent bonding to form a molecule is the formation of methane, a colorless and flammable gas that results from burning gasoline or fossil fuels (Fig. 1.4). One carbon atom and four hydrogen atoms react to form methane. The outer shell of carbon has four electrons, so carbon can share an electron with four other atoms (which will then give carbon a full outer shell of 8 electrons). Hydrogen has a single electron in its outermost shell and can share this electron with one other atom. The carbon atom forms a covalent bond with four hydrogen atoms to form a molecule of methane. In a methane molecule, carbon effectively has a “full” second shell (eight electrons) and each hydrogen has a “full” first shell (two electrons). Each hydrogen requires one covalent bond to fill its first shell. Each carbon requires four covalent bonds to fill its second shell.

Figure 1.4. A molecule of methane. Carbon and hydrogen react to form methane by sharing electrons through a covalent bond.

In food and in components of the human body, energy resides in the chemical bonds of specific molecules. Bond formation and bond breaking are chemical reactions that involve the movement of electrons between atoms. These chemical reactions occur continuously in the body. When the chemical bonds of nutrients in the foods we eat are broken, energy is released. That energy is used by cells of the body to perform daily functions and tasks such as breathing, walking up a flight of steps, and studying for a test.

As we noted earlier, atoms are the building blocks of all matter. are formed when atoms of carbon, hydrogen, oxygen, and nitrogen bond with each other in unique and varied ways. Biological macromolecules are the raw materials used to build living organisms. They are special molecules that contain carbon atoms covalently bonded with hydrogen atoms. 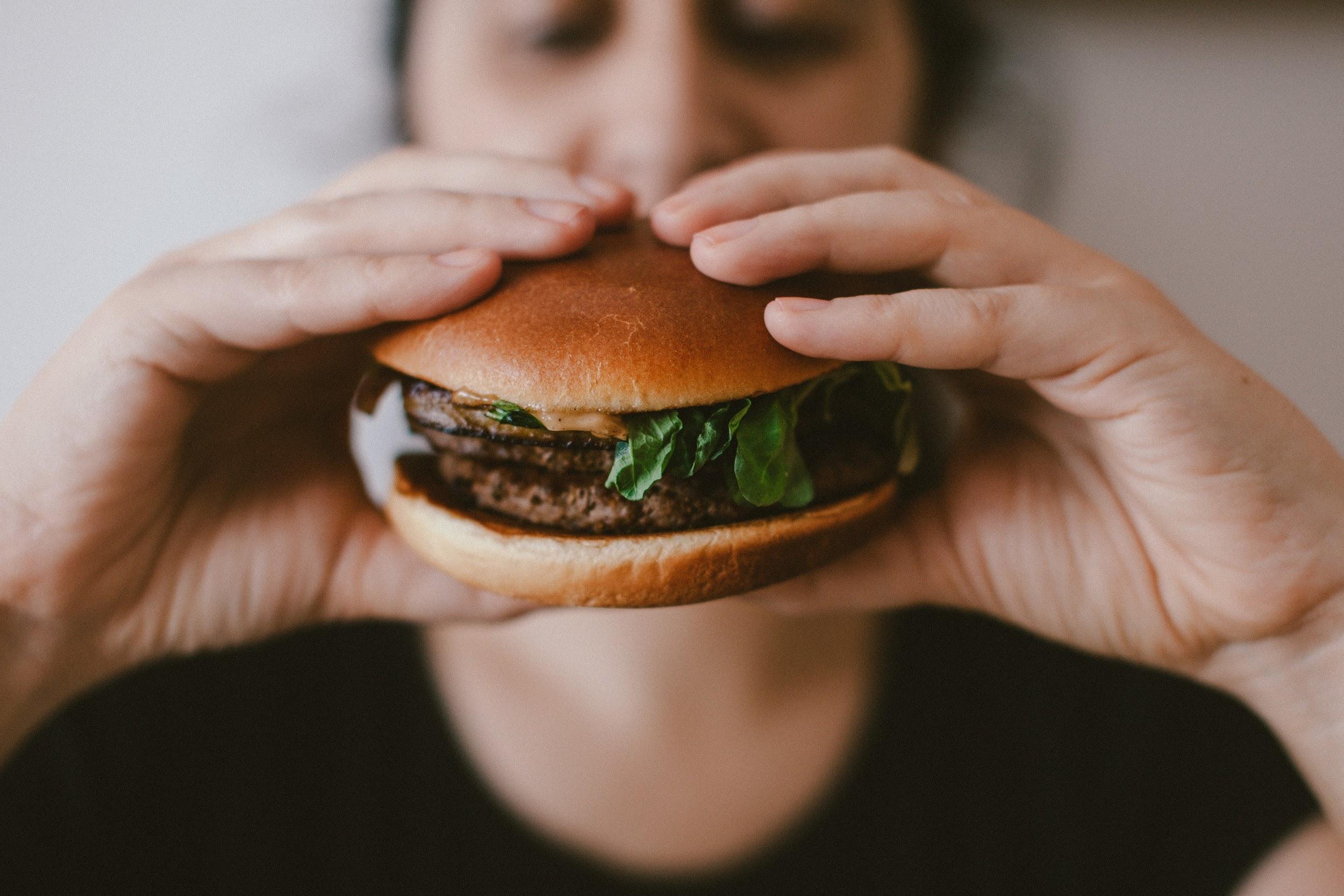 There are three classes of biological macromolecules (or ) that we will study in this course: carbohydrates, lipids, proteins. These macronutrients are probably already familiar to you, because they make up the nutrients you ingest every time you eat. In this way, you provide your cells with the building materials and energy necessary to sustain life. The next section will take a closer look at these important macronutrients and the role they play in our diet and in providing energy to cells.

Chemical molecules that are found in foods; required by our bodies to maintain life and support growth and health.

Anything that has mass and takes up space.

The fundamental unit of matter; the smallest unit of an element.

Substance made entirely from one specific type of atom.

Small, positive particles that are found in the nucleus of an atom.

Small, neutral particles that are found in the nucleus of an atom.

Small, negative particles that are found outside of the nucleus of an atom in regions called shells.

A group of two or more atoms held together by chemical bonds.

The strongest, most stable type of chemical bond in the biological world, made from the sharing of electrons.

The raw materials used to build living organisms; formed when atoms of carbon, hydrogen, oxygen, and nitrogen bond with each other in unique and varied ways.

Nutrients that are needed in large amounts and include carbohydrates, lipids, and proteins.