Proteins are the “workhorses” of the body and participate in many bodily functions. As we’ve already discussed, proteins come in all sizes and shapes, and each is specifically structured for its particular function. This page describes some of the important functions of proteins. As you read through them, keep in mind that synthesis of all of these different proteins requires adequate amounts of amino acids. As you can imagine, consuming a diet that is deficient in protein and essential amino acids can impair many of the body’s functions. (More on that later in the unit.) 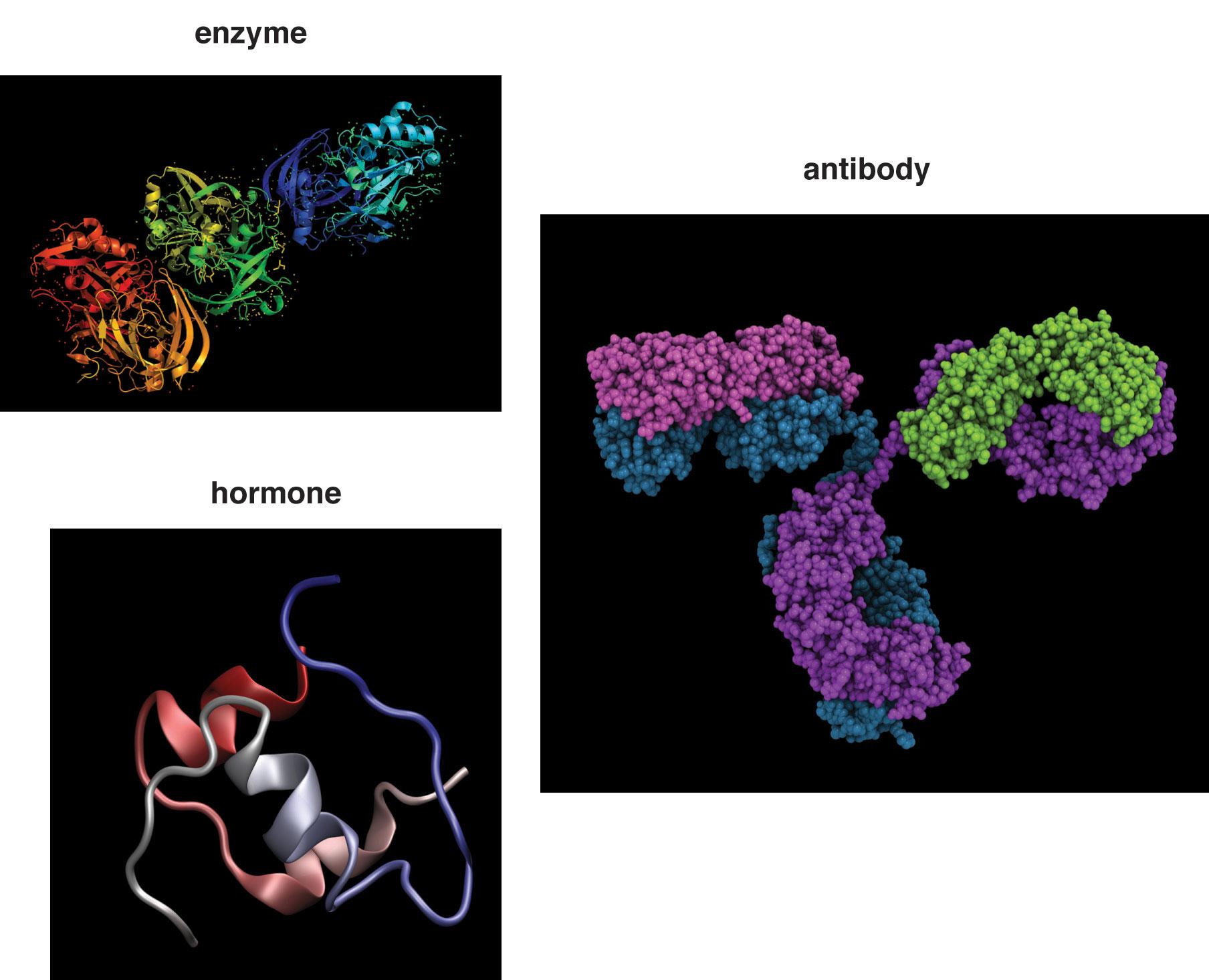 Figure 6.9. Examples of proteins with different functions, sizes, and shapes.

Major types and functions of proteins are summarized in the table below, and the subsequent sections of this page give more detail on each of them.

More than one hundred different structural proteins have been discovered in the human body, but the most abundant by far is , which makes up about 6 percent of total body weight. Collagen makes up 30 percent of bone tissue and comprises large amounts of tendons, ligaments, cartilage, skin, and muscle. Collagen is a strong, fibrous protein made up of mostly glycine and proline amino acids. Within its quaternary structure, three protein strands twist around each other like a rope and then these collagen ropes overlap with others.

This highly ordered structure is even stronger than steel fibers of the same size. Collagen makes bones strong but flexible. Collagen fibers in the skin’s dermis provide it with structure, and the accompanying protein fibrils make it flexible. Pinch the skin on your hand and then let go; the collagen and elastin proteins in skin allow it to go back to its original shape. Smooth-muscle cells that secrete collagen and elastin proteins surround blood vessels, providing the vessels with structure and the ability to stretch back after blood is pumped through them. Another strong, fibrous protein is , an important component of skin, hair, and nails.

are proteins that conduct specific chemical reactions. An enzyme’s job is to provide a site for a chemical reaction and to lower the amount of energy and time it takes for that chemical reaction to happen (this is known as “catalysis”). On average, more than 100 chemical reactions occur in cells every single second, and most of them require enzymes. The liver alone contains over 1,000 enzyme systems. Enzymes are specific and will use only particular substrates that fit into their active site, similar to the way a lock can be opened only with a specific key. Fortunately, an enzyme can fulfill its role as a catalyst over and over again, although eventually it is destroyed and rebuilt. All bodily functions, including the breakdown of nutrients in the stomach and small intestine, the transformation of nutrients into molecules a cell can use, and building all macromolecules, including protein itself, involve enzymes.

Figure 6.11. Enzymes are proteins. An enzyme’s job is to provide a site for substances to chemically react and form a product, and decrease the amount of energy and time it takes for this to happen.

Proteins are responsible for hormone synthesis. are the chemical messengers produced by the endocrine glands. When an endocrine gland is stimulated, it releases a hormone. The hormone is then transported in the blood to its target cell, where it communicates a message to initiate a specific reaction or cellular process. For instance, after you eat a meal, your blood glucose levels rise. In response to the increased blood glucose, the pancreas releases the hormone insulin. Insulin tells the cells of the body that glucose is available and to take it up from the blood and store it or use it for making energy or building macromolecules. A major function of hormones is to turn enzymes on and off, so some proteins can even regulate the actions of other proteins. While not all hormones are made from proteins, many of them are.

Adequate protein intake enables the basic biological processes of the body to maintain homeostasis (constant or stable conditions) in a changing environment. One aspect of this is fluid balance, keeping water distributed properly in the different compartments of the body. If too much water suddenly moves from the blood into a tissue, the results are swelling and, potentially, cell death. Water always flows from an area of high concentration to an area of low concentration. As a result, water moves toward areas that have higher concentrations of other , such as proteins and glucose. To keep the water evenly distributed between blood and cells, proteins continuously circulate at high concentrations in the blood. The most abundant protein in blood is the butterfly-shaped protein known as . The presence of albumin in the blood makes the protein concentration in the blood similar to that in cells. Therefore, fluid exchange between the blood and cells is not in the extreme, but rather is minimized to preserve homeostasis. 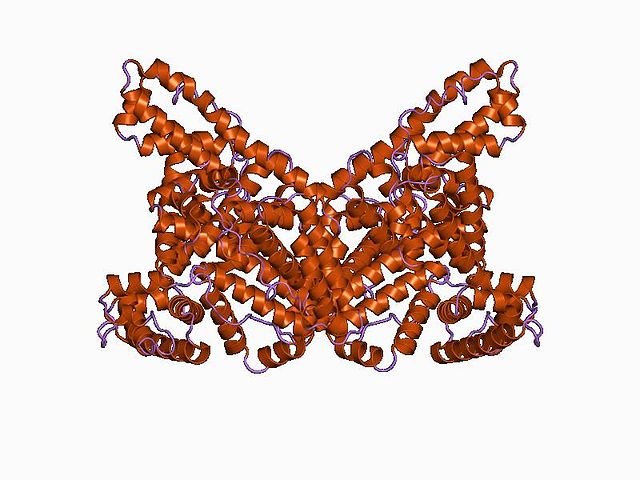 Figure 6.12. The butterfly-shaped protein, albumin, has many functions in the body including maintaining fluid and acid-base balance and transporting molecules.

Protein is also essential in maintaining proper pH balance (the measure of how acidic or basic a substance is) in the blood. Blood pH is maintained between 7.35 and 7.45, which is slightly basic. Even a slight change in blood pH can affect body functions. The body has several systems that hold the blood pH within the normal range to prevent this from happening. One of these is the circulating albumin. Albumin is slightly acidic, and because it is negatively charged it balances the many positively charged molecules circulating in the blood, such as hydrogen protons (H+), calcium, potassium, and magnesium. Albumin acts as a buffer against abrupt changes in the concentrations of these molecules, thereby balancing blood pH and maintaining homeostasis. The protein hemoglobin also participates in acid-base balance by binding hydrogen protons.

Proteins also play vital roles in transporting substances around the body. For example, albumin chemically binds to hormones, fatty acids, some vitamins, essential minerals, and drugs, and transports them throughout the circulatory system. Each red blood cell contains millions of hemoglobin molecules that bind oxygen in the lungs and transport it to all the tissues in the body. A cell’s plasma membrane is usually not permeable to large polar molecules, so to get the required nutrients and molecules into the cell, many transport proteins exist in the cell membrane. Some of these proteins are channels that allow particular molecules to move in and out of cells. Others act as one-way taxis and require energy to function.

Figure 6.13. Molecules move in and out of cells through transport proteins, which are either channels or carriers.

VIDEO: “The Sodium-Potassium Pump,” by RicochetScience, YouTube (May 23, 2016), 2:26 minutes. This tutorial describes how the sodium-potassium pump uses active transport to move sodium ions (Na+) out of a cell, and potassium ions (K+) into a cell.

Proteins also play important roles in the body’s immune system. The strong collagen fibers in skin provide it with structure and support, but it also serves as a barricade against harmful substances. The immune system’s attack and destroy functions are dependent on enzymes and antibodies, which are also proteins. For example, an enzyme called is secreted in the saliva and attacks the walls of bacteria, causing them to rupture. Certain proteins circulating in the blood can be directed to build a molecular knife that stabs the cellular membranes of foreign invaders. The secreted by white blood cells survey the entire circulatory system, looking for harmful bacteria and viruses to surround and destroy. Antibodies also trigger other factors in the immune system to seek and destroy unwanted intruders.

Some of the amino acids in proteins can be disassembled and used to make energy. Only about 10 percent of dietary proteins are catabolized each day to make cellular energy. The liver is able to break down amino acids to the carbon skeleton, which can then be fed into the citric acid or Krebs cycle. This is similar to the way that glucose is used to make ATP. If a person’s diet does not contain enough carbohydrates and fats, their body will use more amino acids to make energy, which can compromise the synthesis of new proteins and destroy muscle proteins if calorie intake is also low.

Not only can amino acids be used for energy directly, but they can also be used to synthesize glucose through gluconeogenesis. Alternatively, if a person is consuming a high protein diet and eating more calories than their body needs, the extra amino acids will be broken down and transformed into fat. Unlike carbohydrate and fat, protein does not have a specialized storage system to be used later for energy.

A protein important to the strength and structure of muscles, bones, tendons, ligaments, connective tissue, and skin.

A protein that gives connective tissue its elasticity and flexibility.

A strong, fibrous protein; an important component of skin, hair, and nails.

Proteins that help speed up or facilitate chemical reactions in the body; they bring together two compounds to react, without undergoing any changes themselves.

Chemical messengers that are produced by endocrine glands and travel in the blood to target cells to initiate a specific reaction or cellular process.

A dissolved substance in a solution.

Butterfly-shaped protein; has many functions in the body including maintaining fluid and acid-base balance and transporting molecules.

An enzyme secreted in the saliva; attacks the walls of bacteria, causing them to rupture.

Proteins that circulate in blood, recognize harmful intruders like bacteria and viruses, and surround and destroy them.