Similar to the method by which a police detective investigates a crime, nutritional scientists discover the health effects of food and nutrients by first making an observation and posing a question that they’d like to answer. Then they formulate a hypothesis, test their hypothesis through experiments, and finally interpret the results. After analyzing additional evidence from multiple sources, they may form a conclusion on whether the food suspect fits the claim. This organized process of inquiry used in forensic science, nutritional science, and every other science is called the .

1. Observation/Question: The researcher first makes an observation and comes up with a research question to investigate.

2. Hypothesis: The researcher formulates a hypothesis, or educated guess, that would explain the observation or question and that can be tested through scientific experiments.

3. Experiment: The researcher designs and conducts an experiment. A good design takes into account what has been done previously. Thus, before beginning a new study, the researcher undertakes a thorough review of published research in order to ensure that their work advances the field.

5. Conclusion: After multiple experiments consistently support a hypothesis, researchers can offer a conclusion or theory. 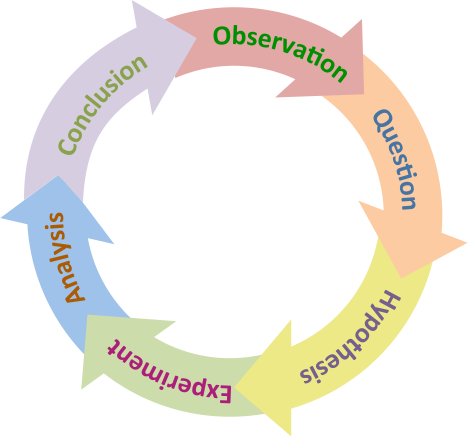 Figure 2.1. The scientific method is a cyclical process, because it always leads to new observations and questions.

Through the scientific method, our knowledge of science builds continuously over time. No one study is enough to fully explain any one phenomenon, particularly in an area as complex as nutrition. Even experiments that go exactly as expected lead us to new questions to investigate. Science is also filled with surprises, both big and small. Experiments may not yield the results that we expect, but that can lead to new and important questions. And because scientists are human, they can make mistakes along the way or fail to acknowledge or test an important variable, which is why it’s important that experiments be repeated and evaluated by other researchers along the way.

The history of nutrition is full of fascinating examples of the scientific method at work, such as the discovery that iodine is a nutrient. This story of scientific discovery began in 1811, when French chemist Bernard Courtois was isolating a substance called saltpeter, an ingredient needed to make gunpowder to be used by Napoleon’s army. Part of his isolation procedure involved burning seaweed. When he did this, he observed the release of an intense violet vapor, which crystallized when he exposed it to a cold surface. He sent the violet crystals to an expert on gases, Joseph Gay-Lussac, who identified the crystal as a new element. It was named iodine, the Greek word for violet. The following scientific record is some of what took place in order to conclude that iodine is a nutrient.1,2

Observation: Eating seaweed is a cure for goiter, an enlargement of the thyroid gland in the neck. 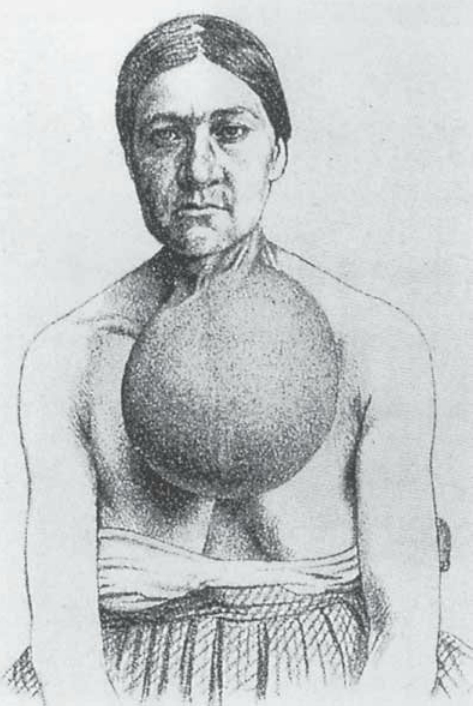 Figure 2.2. Large goiter in a woman from Bern, Switzerland.

Hypothesis: In 1813, Swiss physician Jean-Francois Coindet hypothesized that seaweed contained iodine and that he could use iodine instead of seaweed to treat his patients.

Gathering more evidence: Many other physicians contributed to the research on iodine deficiency and goiter.

Hypothesis: In 1851, French chemist Chatin proposed that the low iodine content in food and water of certain areas far away from the ocean were the primary cause of goiter and renounced the theory that goiter was the result of poor hygiene. (Physicians at the time also blamed drunkenness, dampness, and contaminated water as causes of goiter.)

Experimental test: In the late 1860s, authorities in several French villages began giving out iodine tablets and salt in an effort to treat goiter.

Interpret results: The program was effective, and 80 percent of goitrous children were cured. However, adults did not always respond well to the treatment, and because men with goiter were exempted from service in the French military, some people were opposed to treating it. Some scientists also insisted that goiter was caused by infectious disease, so iodine wasn’t yet accepted as a means of preventing it.

Experimental test: Iodized salt was transported by mules to a small village at the base of the Matterhorn, where more than 75 percent of school children were goitrous. It was given to families to use for six months.

Results: The iodized salt was beneficial in treating goiter in this remote population.

Conclusions: Seven other studies similar to Marine’s were conducted in Italy and Switzerland that also demonstrated the effectiveness of iodized salt in treating goiter. In 1924, U.S. public health officials initiated the program of iodizing salt and started eliminating the scourge of goiterism. Today, more than 70 percent of American households use iodized salt, and many other countries have followed the same public health strategy to reduce the health consequences of iodine deficiency.

It took more than one hundred years from iodine’s discovery as an effective treatment for goiter until public health programs recognized it as such. Although a lengthy process, the scientific method is a productive way to define essential nutrients and determine their ability to promote health and prevent disease.

As we saw with the story of iodine research, scientists must share their findings in order for other researchers to expand and build upon their discoveries. Collaboration with other scientists when planning and conducting studies and analyzing results is important for scientific research. For this reason, communicating with peers and disseminating study results are important aspects of a scientist’s work. Scientists can share results by presenting them at a scientific meeting or conference, but this approach can reach only the select few who are present. Instead, most scientists present their results in peer-reviewed manuscripts that are published in scientific journals.

are scientific papers that are reviewed by a scientist’s colleagues, or peers. These colleagues are qualified individuals, often experts in the same research area, who judge whether or not the scientist’s work is suitable for publication. The process of peer review is a quality control step; its goal is to ensure that the research described in a scientific paper is original, significant, logical, and thorough. It’s important to note that peer review doesn’t mean a study is perfect or even good. Sometimes bad studies slip through peer review, but because they’re published and other scientists read them, these are usually caught later and often retracted. Science is often messy and imperfect, but peer-review and publication of results are essential to its progress and ability to self-correct when people make mistakes.

An organized process of inquiry used in nutritional science, and every other science; made up of a cyclical process of steps including observation/question, hypothesis, experiment, analysis, and conclusion.

Scientific papers that are reviewed by other experts in the field, who were not directly involved in the research, before publication.