are a family of organic compounds that are mostly insoluble in water, meaning they do not mix well with water. There are three main types of lipids: triglycerides, phospholipids, and sterols. On this page, we’ll learn about the structures of these three types of lipids, as well as their functions in the body and where you can find them in foods.

are the main form of lipids in the body and in foods. More than 95 percent of lipids in the diet are in the form of triglycerides, some having a visible presence and some hidden in foods. Concentrated fats (butter and vegetable oil, for example) and marbling of fat in meat are obviously visible. But fat can also be hidden in foods, as in baked goods, dairy products like milk and cheese, and fried foods. Naturally occurring triglycerides are found in many foods, including avocados, olives, corn, and nuts. We commonly call the triglycerides in our food “fats” and “oils.” Fats are lipids that are solid at room temperature, whereas oils are liquid. The terms fats, oils, and triglycerides are often used interchangeably. In this unit, when we use the word fat, we are referring to triglycerides. 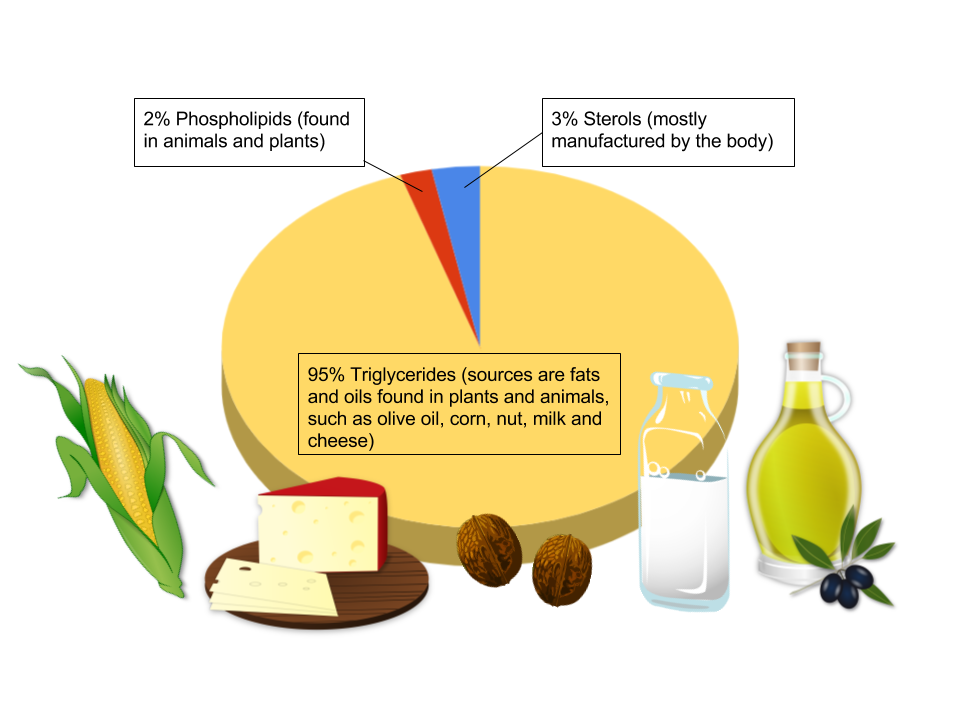 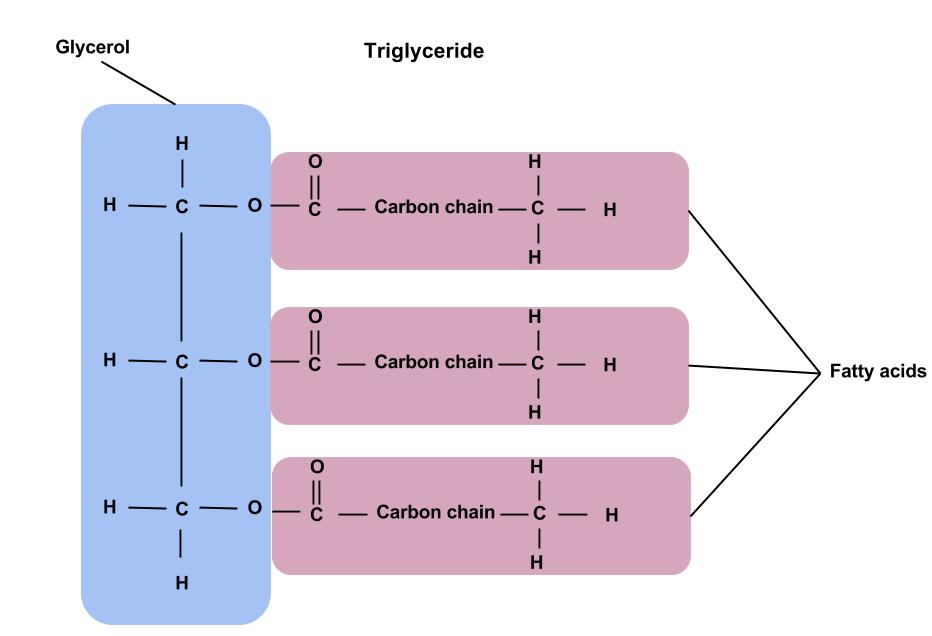 Figure 5.6. The chemical structure of a triglyceride, showing the glycerol backbone and three attached fatty acids. 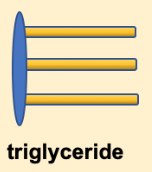 Figure 5.7. The structure of a triglyceride is often depicted as a simplified drawing of the glycerol backbone and three fatty acids.

There are different types of fatty acids, and triglycerides can contain a mixture of them. Fatty acids are classified by their carbon chain length and degree of saturation. Foods contain different proportions of fatty acid types, and this influences disease risks associated with dietary patterns. We will take a closer look at these differences, along with food sources, in the next section.

are found in both plants and animals but make up only about 2 percent of dietary lipids. However, they play many important roles in the body and in foods. Phospholipids can also be synthesized by the body, so they don’t have to be consumed in the diet. 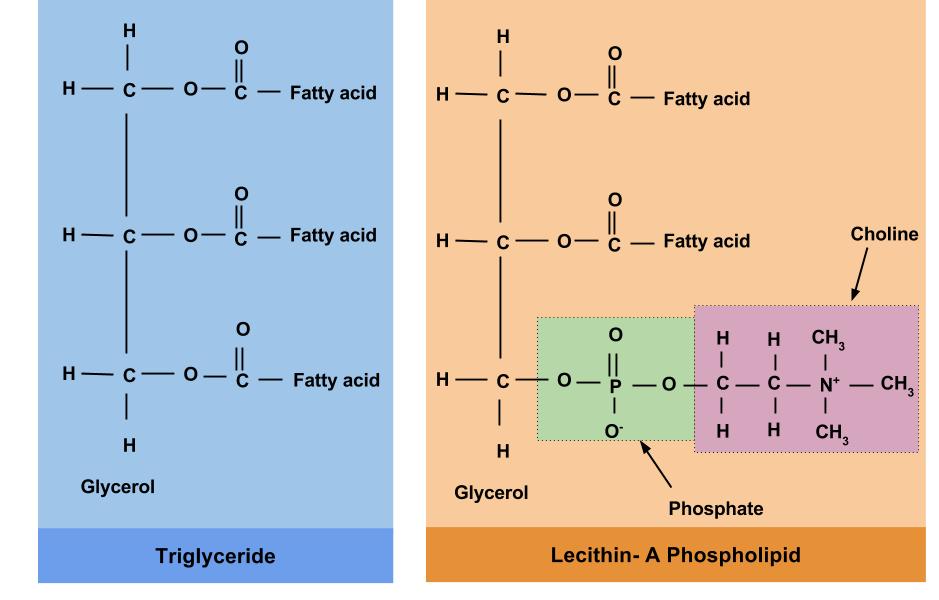 Figure. 5.8. The structural difference between a triglyceride (on the left) and a phospholipid (on the right) is in the third carbon position, where the phospholipid contains a phosphate group instead of a fatty acid.

The unique structure of phospholipids makes them both fat- and water-soluble, or . The fatty-acids are hydrophobic (dislike water), and the phosphate group and glycerol are hydrophilic (attracted to water).

The amphiphilic nature of phospholipids makes them very useful for several functions in the body. Every cell in the body is encased in a membrane composed primarily of a double layer of phospholipids (also known as the phospholipid bilayer), which protects the inside of the cell from the outside environment while at the same time allowing for transport of fat and water through the membrane. Phospholipids also play a role in transporting fats in the blood, as we’ll learn later in this unit. 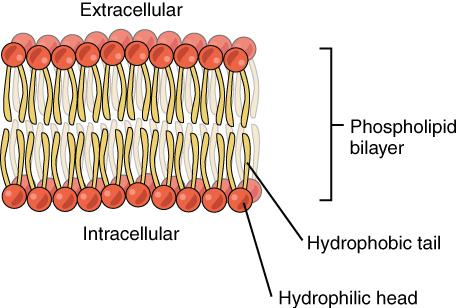 Figure 5.10. The phospholipid bilayer consists of two adjacent sheets of phospholipids, arranged tail to tail. The hydrophobic tails associate with one another, forming the interior of the membrane. The polar heads contact the fluid inside and outside of the cell.

Another important role of phospholipids is to act as . Emulsions are mixtures of two liquids that do not normally mix (oil and water, for example). Without an emulsifier, the oil and water separate out into two layers. Because of their ability to mix with both water and fat, phospholipids are ideal emulsifiers that can keep oil and water mixed, dispersing tiny oil droplets throughout the water. Lecithin—a phospholipid found in egg yolk, soybean, and wheat germ—is often used as a food emulsifier. Emulsifiers also play an important role in making food appetizing; their inclusion in foods like sauces and creams makes for a smoother texture and prevents the oil and water ingredients from separating out. They also can extend shelf life.

VIDEO: “How to Emulsify Sauces,” by International Culinary Center, YouTube (June 14, 2013), 2 minutes. In this video, chef Sixto Alonso demonstrates how using an emulsifier—mustard, in this case—can allow oil and vinegar to mix and stay in solution to make a salad dressing

have a very different structure from triglycerides and phospholipids. Most sterols do not contain any fatty acids but rather are multi-ring structures, similar to chicken wire. They are complex molecules that contain interlinking rings of carbon atoms, with side chains of carbon, hydrogen, and oxygen attached.

is the best-known sterol because of its role in heart disease. It forms a large part of the fatty plaques that narrow arteries and obstruct blood flow in . However, cholesterol also has many essential functions in the body. Like phospholipids, cholesterol is present in all body cells as it is an important substance in cell membrane structure. Cholesterol is also used in the body as a precursor in the synthesis of a number of important substances, including vitamin D, bile, and sex hormones such as progesterone, testosterone, and estrogens.

Figure 5.11. Cholesterol is made up of multiple carbon rings bonded together.

Cholesterol is not an essential nutrient; it does not need to be consumed in the diet, because it is manufactured in the liver. Only foods that come from animal sources contain cholesterol. Cholesterol is found in foods like meat, poultry, fish, egg yolks, butter, and dairy products made from whole milk.

A family of organic compounds that are mostly insoluble in water; the three main types are triglycerides, sterols, and phospholipids.

The main form of lipids in the body and in foods; made up of three fatty acids bonded to a glycerol backbone.

The three-carbon backbone of triglycerides.

Long chains of carbon and hydrogen molecules with an acid (-COOH) at one end.

A lipid that is both water- and fat-soluble due to the hydrophilic phosphate “head,” and the hydrophobic lipid “tail.”

Molecules that are both water- and fat-soluble.

Chemicals that allow fat to mix with watery liquids.

Lipids that have a multi-ring structure.

The most well-known sterol; only found in animal fats.

The narrowing of arteries due to buildup of plaque.