Lipid digestion and absorption pose some special challenges. Triglycerides are large molecules, and unlike carbohydrates and proteins, they’re not water-soluble. Because of this, they like to cluster together in large droplets when they’re in a watery environment like the digestive tract. The digestive process has to break those large droplets of fat into smaller droplets and then enzymatically digest lipid molecules using enzymes called . The mouth and stomach play a small role in this process, but most enzymatic digestion of lipids happens in the small intestine. From there, the products of lipid digestion are absorbed into circulation and transported around the body, which again requires some special handling since lipids are not water-soluble and do not mix with the watery blood. 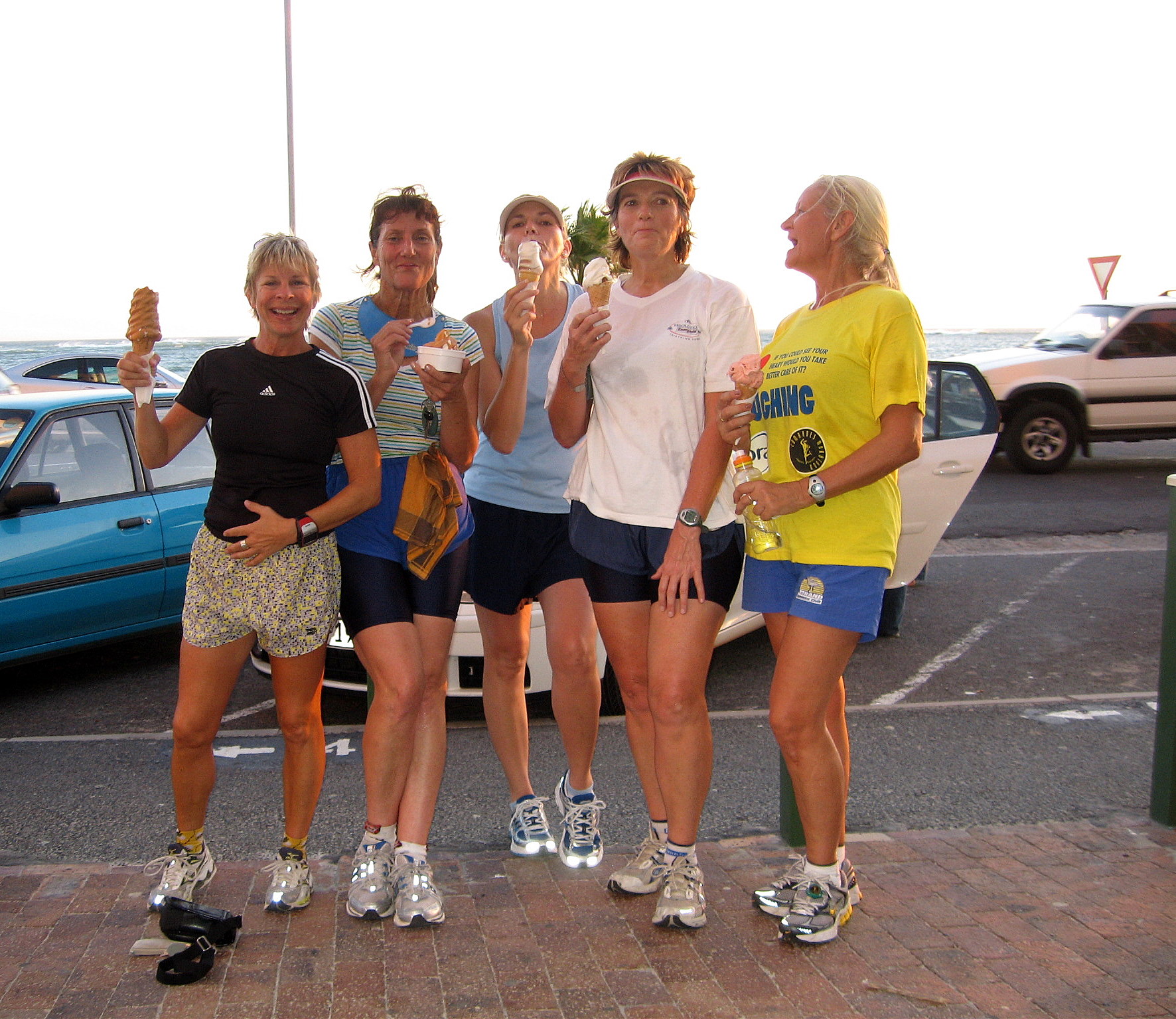 Let’s start at the beginning to learn more about the path of lipids through the digestive tract.

1. Lipid Digestion in the Mouth

A few things happen in the mouth that start the process of lipid digestion. Chewing mechanically breaks food into smaller particles and mixes them with saliva. An enzyme called is produced by cells on the tongue (“lingual” means relating to the tongue) and begins some enzymatic digestion of triglycerides, cleaving individual fatty acids from the glycerol backbone.

2. Lipid Digestion in the Stomach

In the stomach, mixing and churning helps to disperse food particles and fat molecules. Cells in the stomach produce another lipase, called (“gastric” means relating to the stomach) that also contributes to enzymatic digestion of triglycerides. Lingual lipase swallowed with food and saliva also remains active in the stomach. But together, these two lipases play only a minor role in fat digestion (except in the case of infants, as explained below), and most enzymatic digestion happens in the small intestine. 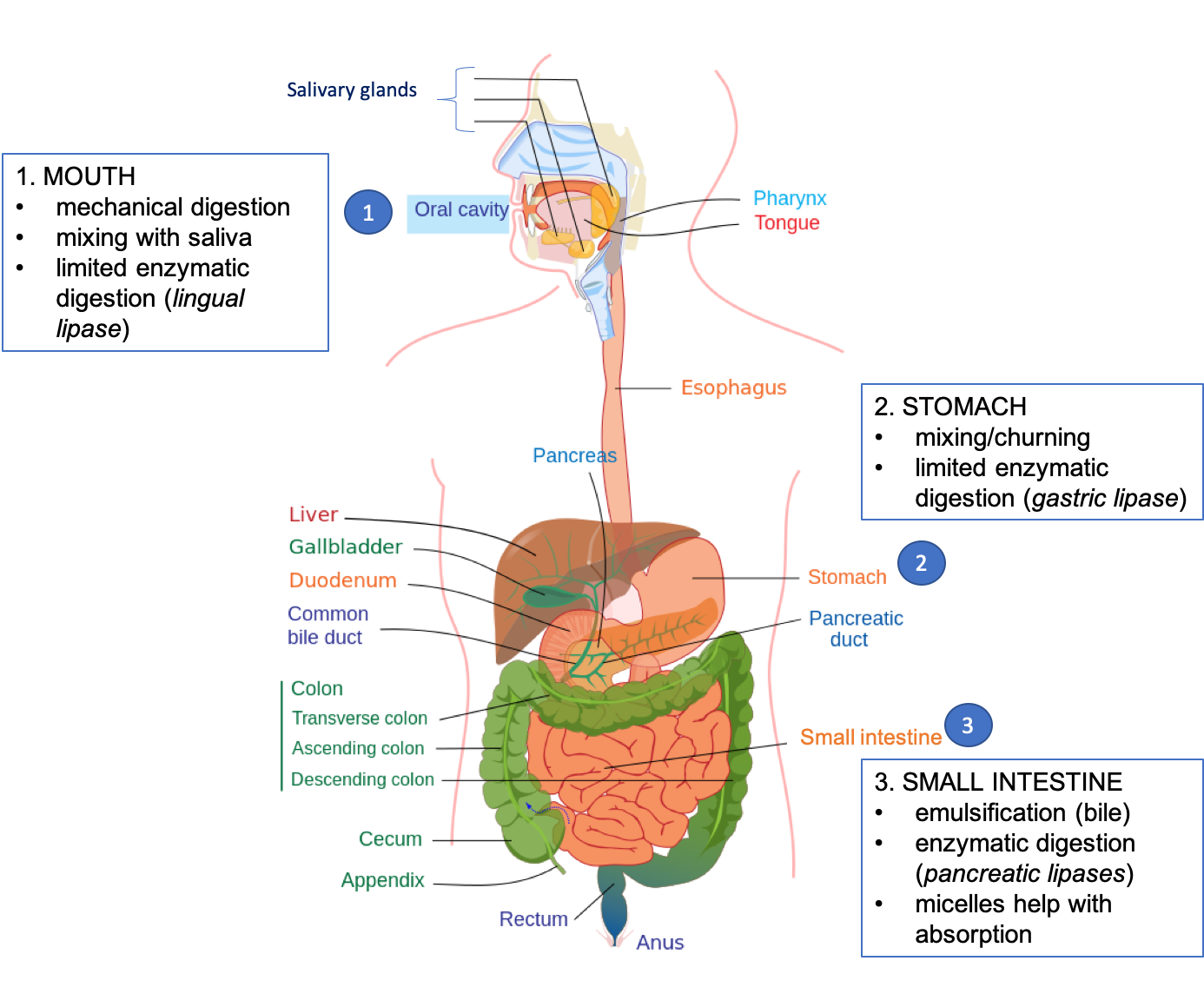 Figure 5.21. Overview of lipid digestion in the human gastrointestinal tract.

3. Lipid Digestion in the Small Intestine

As the stomach contents enter the small intestine, most of the dietary lipids are undigested and clustered in large droplets. , which is made in the liver and stored in the gallbladder, is released into the duodenum, the first section of the small intestine. Bile salts have both a hydrophobic and a hydrophilic side, so they are attracted to both fats and water. This makes them effective emulsifiers, meaning that they break large fat globules into smaller droplets. Emulsification makes lipids more accessible to digestive enzymes by increasing the surface area for them to act (see Fig. 5.22 below).

4. Lipid Absorption from the Small Intestine 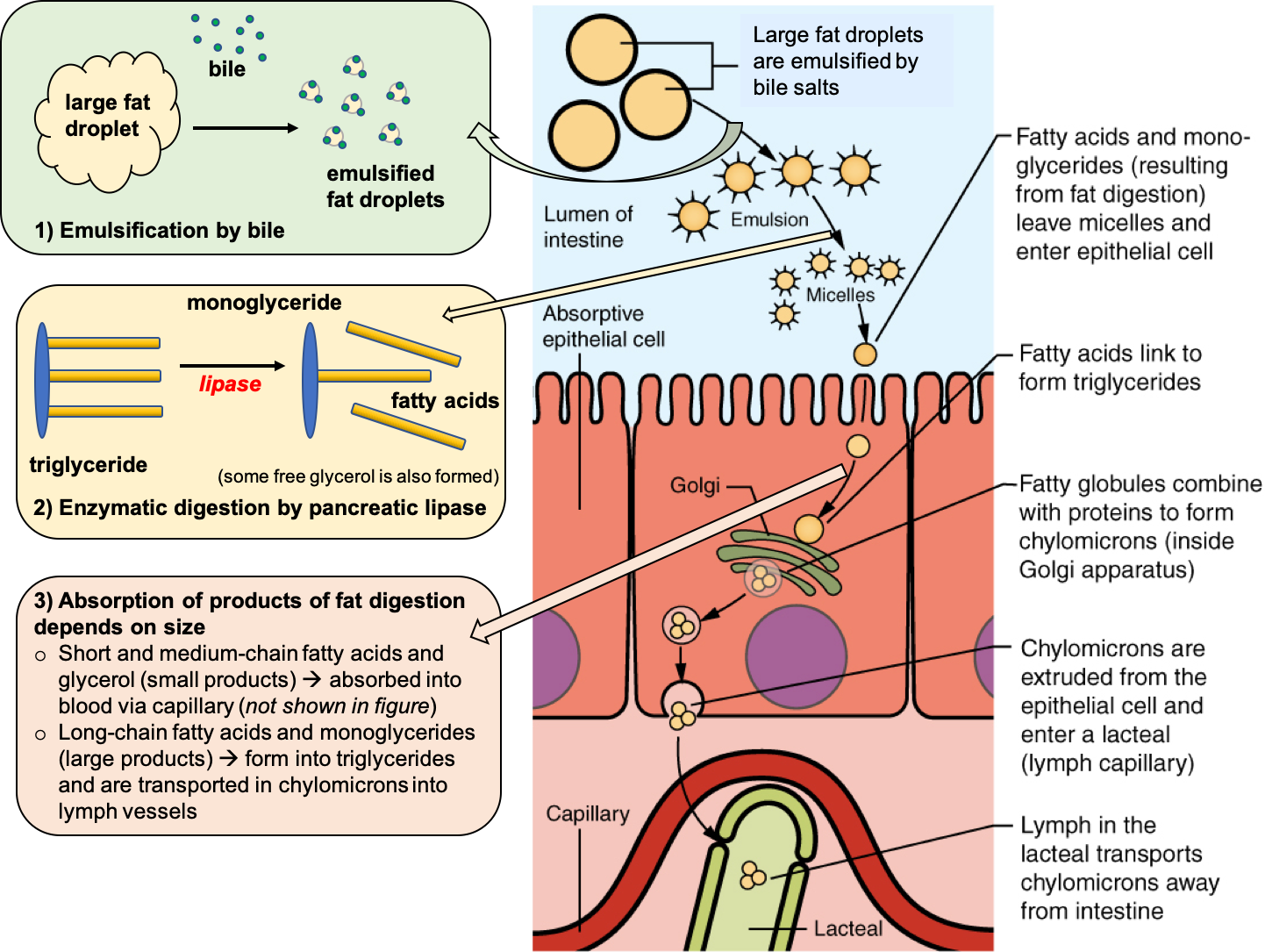 Figure 5.22. Lipid digestion and absorption in the small intestine.

Once inside the intestinal cell, short- and medium-chain fatty acids and glycerol can be directly absorbed into the bloodstream, but larger lipids such as long-chain fatty acids, monoglycerides, fat-soluble vitamins, and cholesterol need help with absorption and transport to the bloodstream. Long-chain fatty acids and monoglycerides reassemble into triglycerides within the intestinal cell, and along with cholesterol and fat-soluble vitamins, are then incorporated into transport vehicles called chylomicrons. are large structures with a core of triglycerides and cholesterol and an outer membrane made up of phospholipids, interspersed with proteins (called apolipoproteins) and cholesterol. This outer membrane makes them water-soluble so that they can travel in the aqueous environment of the body. Chylomicrons from the small intestine travel first into lymph vessels, which then deliver them to the bloodstream.

Chylomicrons are one type of lipoprotein—transport vehicles for lipids in blood and lymph. We’ll learn more about other types of lipoproteins on the next page. 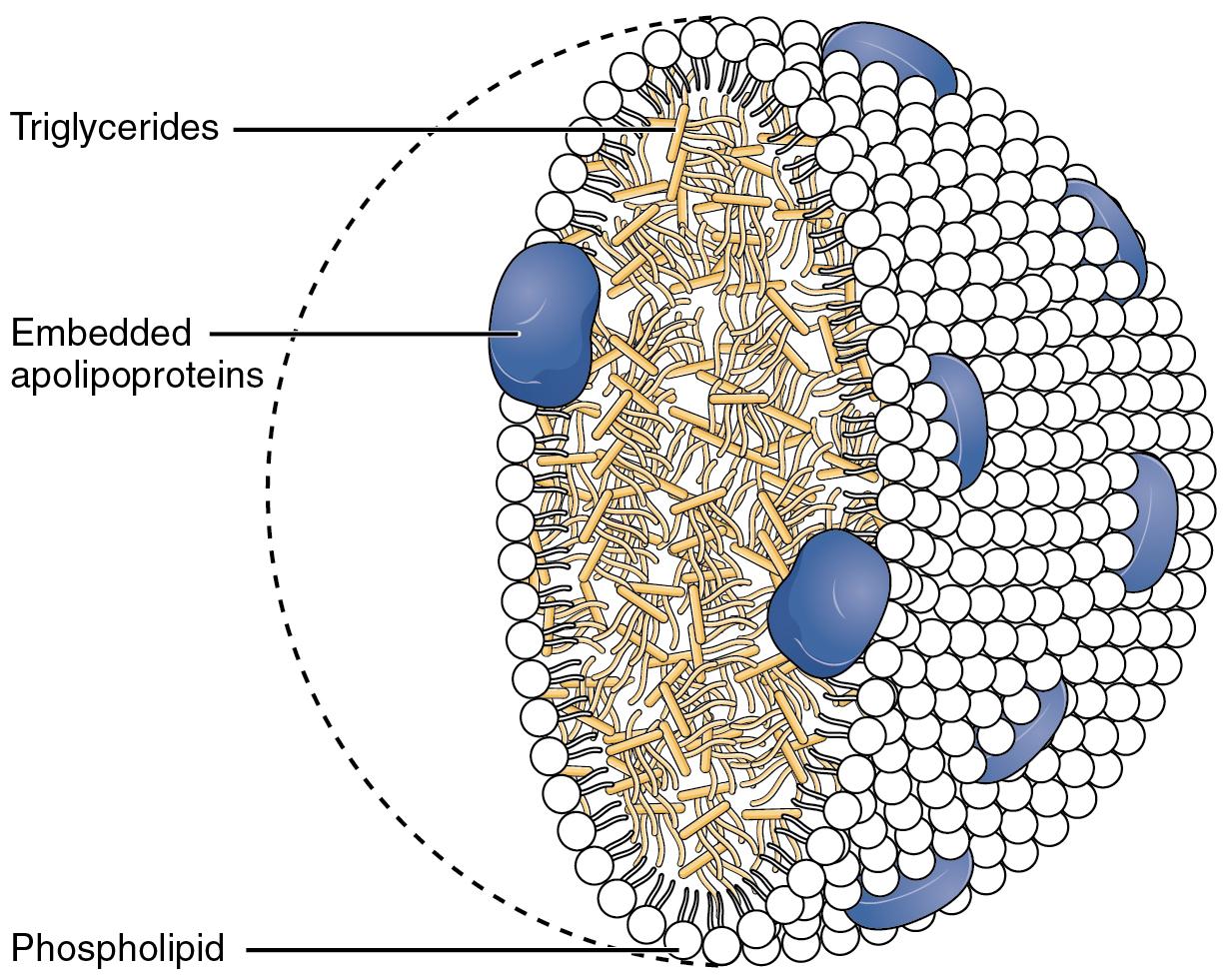 Figure 5.23. Structure of a chylomicron. Cholesterol is not shown in this figure, but chylomicrons contain cholesterol in both the lipid core and embedded on the surface of the structure.

Lipids are an important part of an infant’s diet. Breast milk contains about 4 percent fat, similar to whole cow’s milk. Whether breastfed or formula-fed, fat provides about half of an infant’s calories, and it serves an important role in brain development. Yet, infants are born with low levels of bile and pancreatic enzyme secretion, which are essential contributors to lipid digestion in older children and adults. So, how do babies digest all of the fat in their diet?

Infants have a few special adaptations that allow them to digest fat effectively. First, they have plenty of lingual and gastric lipases right from birth. These enzymes play a much more important role in infants than they do in adults. Second, breast milk actually contains lipase enzymes that are activated in the baby’s small intestine. In other words, the mother makes lipases and sends them in breast milk to help her baby digest the milk fats. Amazing, right? Between increased activity of lingual and gastric lipases and the lipases contained in breast milk, young infants can efficiently digest fat and reap its nutritional value for growth and brain development. Studies show that fat digestion is more efficient in premature infants fed breast milk compared with those fed formula. Even pasteurized breast milk, as is used when breast milk is donated for feeding babies in the hospital, is a little harder to digest, because heat denatures the lipases. (Infants can still digest pasteurized breast milk and formula; they’re just less efficient at doing so and absorb less of the products of triglyceride digestion.)1 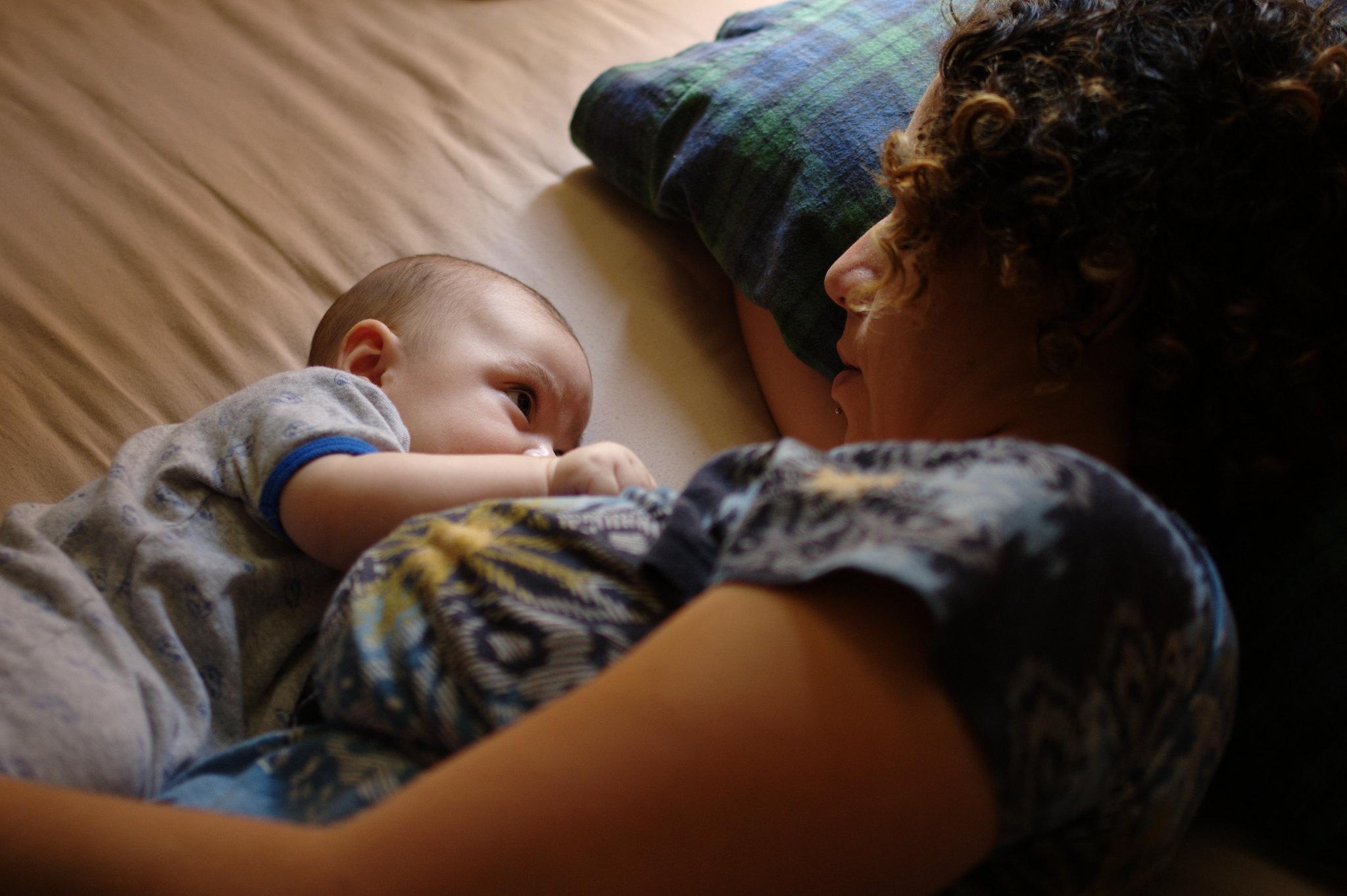 A group of enzymes that facilitate the chemical breakdown of triglycerides.

An enzyme produced by cells on the tongue; begins the chemical breakdown of triglycerides.

An enzyme produced by cells of the stomach; aids in the chemical breakdown of triglycerides.

A chemical made by the liver and stored in the gallbladder; acts as an emulsifier, which allows fat droplets to mix with the watery digestive juices in the small intestine.

Enzymes produced by the pancreas; chemically break down triglycerides in the small intestine.

Structures that consist of bile salts clustered around the products of fat digestion; aid in absorption of fats into enterocytes.

A type of lipoprotein that serves as a transport vehicle for lipids absorbed from the small intestine into lymph and blood.