When you think of foods important to the Pacific Northwest, salmon may first come to mind. But to many indigenous people who have long made their home along the Pacific coast, a smaller, humbler fish is considered even more vital: the eulachon smelt.

Traditionally, one of the first signs of spring in the region was the migration of the eulachon smelt into the region’s rivers. These thin, blue and silver fish spend most of their lives in the cold Pacific Ocean, but when it’s time for them to lay their eggs in early spring, they swim up into the rivers of Oregon, Washington, Canada, and Alaska to sow the seeds of their next generation.

For indigenous people living in this region, who historically subsisted through long winters on stored and preserved foods, the arrival of the eulachon smelt would have been a welcome infusion of calories and flavor. Legends describe the small oily fish saving entire villages from starvation; it’s also known as “halimotkw,” translated as “savior fish” or “salvation fish.” 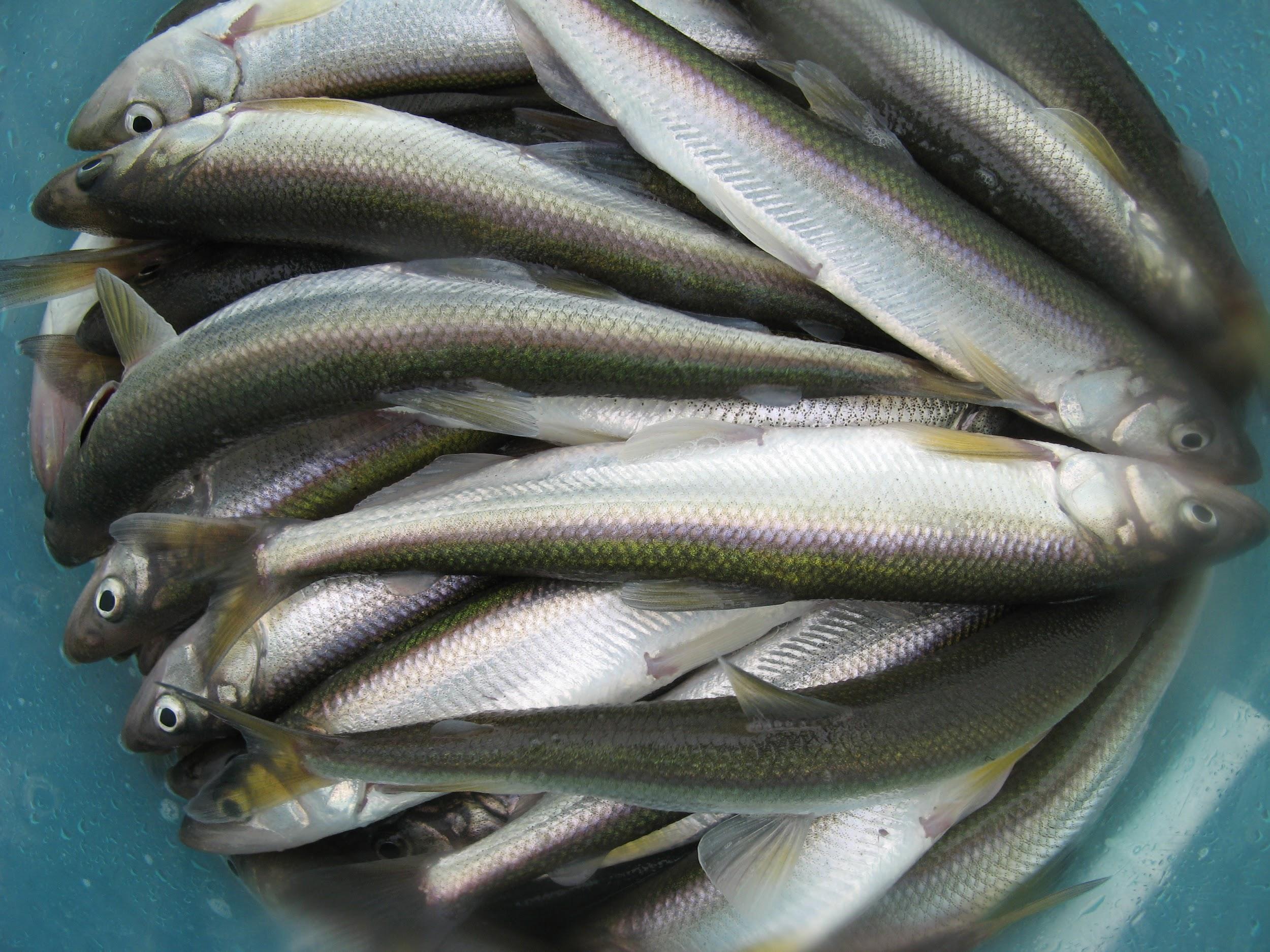 Beyond the timing of its late winter arrival, what makes the eulachon so valuable is its high lipid content. It’s so oily that dried eulachon will ignite and burn like a candle, and nutritionally, it’s a dense source of calories. (Remember: Fat contains 9 kilocalories per gram compared to just 4 for carbohydrate and protein.) It’s also a good source of fat-soluble vitamins, especially vitamin A, and high in omega-3 fatty acids. William Clark (of the Lewis and Clark expedition), after tasting eulachon from the Columbia River in 1805, wrote: “They are so fat they require no additional sauce, and I think them superior to any fish I ever taste[d], even more delicate and luscious than the white fish of the lakes which have heretofore formed my standard of excellence among the fishes.”

Clark may have been the first person of European descent to document the eulachon, but it had long been valued by indigenous people, including members of the Tsimshian, Tlingit, Haida, Nisga’s, and Bella Coola tribes. The eulachon run was an annual community event, and people camped for several weeks at the mouths of rivers to net and process the fish. They smoked eulachon to preserve it, but even more importantly, they fermented it in large batches and then cooked it to extract its oils. Once cooled, the fat was solid at room temperature—similar to lard or butter—and could be used for fat and flavor in cooking for the year ahead. It was so valuable that it was traded hundreds of miles inland, forming the great “grease trials” of the Northwest. 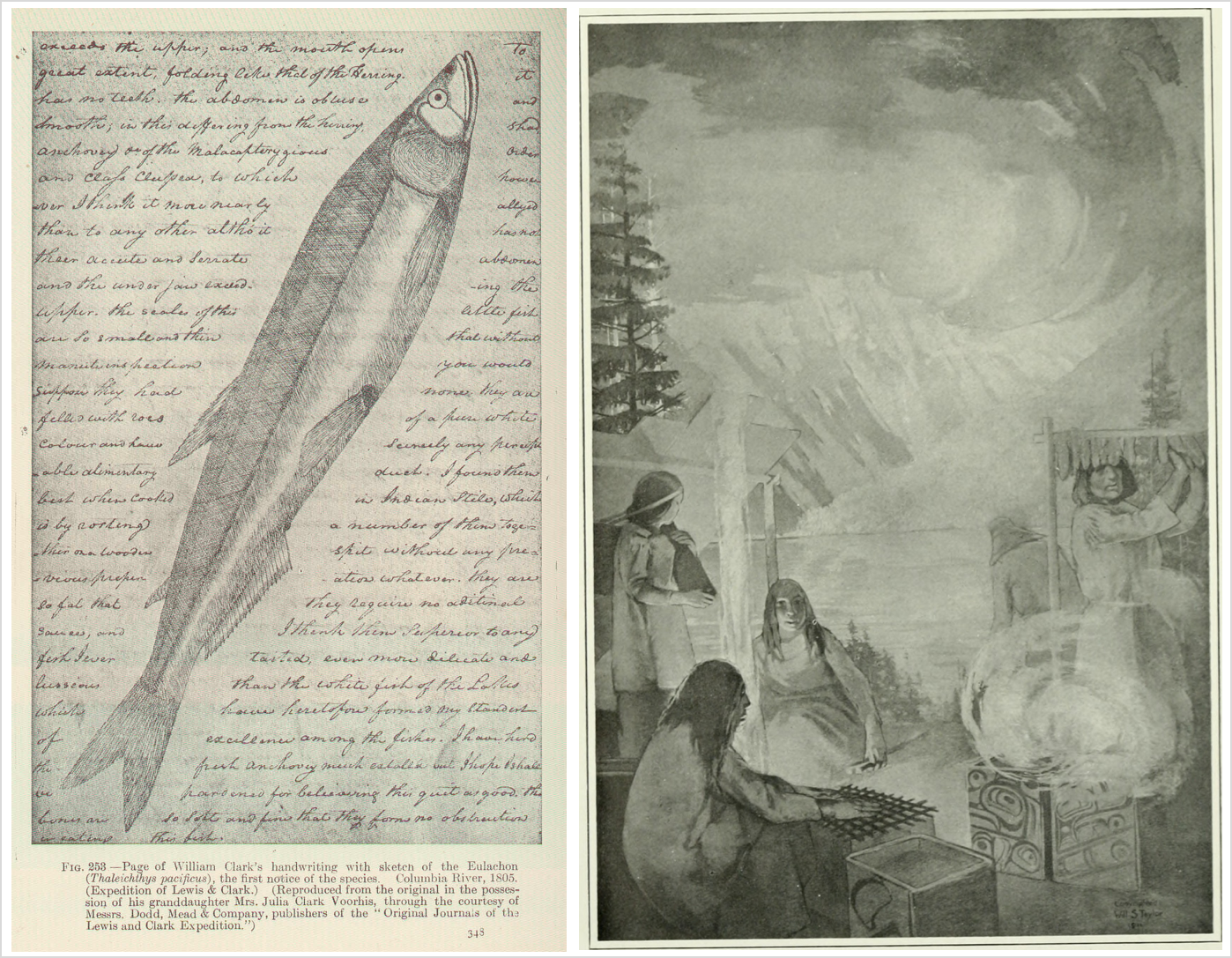 Figure 5.2 (left): A page from William Clark’s journal of 1805, describing his observations of the euchalon smelt, including its “delicate and luscious” taste. Figure 5.3 (right): Mural panel by Will S. Taylor, entitled “A Tsimshian Family Making Eulachon Butter,” circa 1825, with this description: “The glow of the ember fire is on the girls face as she waits for stones to heat. In the box at the right, fish are being boiled by means of the heated stones: the oil thus removed from the fish forms “butter.” The residue is being strained by the woman at the left.”

These traditional uses of the eulachon continue on a smaller scale, but since the 1990s, the eulachon population has collapsed. Researchers say its biggest threat is climate change, and eulachon have been classified as a threatened species under the Endangered Species Act since 2010.

In today’s world—when we can obtain a day’s worth of calories and more than enough fat with just a quick trip through a fast food drive-through—it’s easy to forget the biological and cultural importance of lipids. But the historical significance of the eulachon remind us of how vital these molecules are to our survival.