Energy Balance: Energy In, Energy Out—Yet Not As Simple As It Seems

Our body weight is influenced by our energy intake (calories we consume) and our energy output (energy we expend during rest and physical activity). This relationship is defined by the energy balance equation:

When an individual is in energy balance, energy intake equals energy expenditure, and weight should remain stable.

Energy intake is made up of the calories we consume from food and beverages. These calories come from the macronutrients (carbohydrates, proteins, and fats) and alcohol. Remember that when the body has a surplus of energy, this energy can be stored as fat. In theory, if you consume 3,500 more calories than your body needs, you could potentially gain about one pound, because a pound of fat is equal to about 3,500 calories. If you expend 3,500 more calories than you take in, you could potentially lose about a pound, as your body turns to this stored energy to compensate for the energy deficit. However, in practice, how individuals respond to an excess or deficit of 3500 calories can be quite variable, and over time, the body adapts to these conditions and resists changes in body weight.

The sum of caloric expenditure is referred to as total energy expenditure (TEE).There are three main components of TEE:

BMR is the energy expended by the body when at rest. These are the behind-the-scenes activities that are required to sustain life. Examples include:

Basal metabolic rate does not include the energy required for digestion or physical activity.

If a person is sedentary or moderately active, BMR is the largest component of energy expenditure, making up about 60 to 75 percent of total energy output. For example, a sedentary person might need about 1800 calories in a day, with about 1200 of them being for BMR. 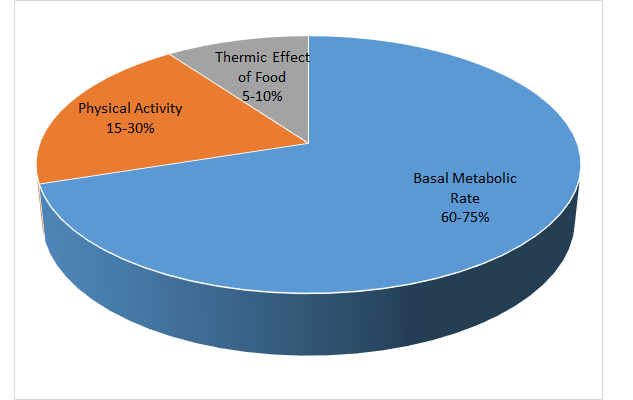 Figure 7.4. Components of energy expenditure and their percent contribution to the total in sedentary to moderately active people.

BMR can vary widely among individuals. An individual’s lean body mass—made up of organs, bone, and muscle—is the biggest determinant of BMR, because lean body tissue is more metabolically active than fat tissue. This means that a muscular person expends more energy than a person of similar weight with more fat. Likewise, increasing your muscle mass can cause an increase in your BMR. However, skeletal muscle at rest only accounts for about 18 percent of the total energy expended by lean mass. Most is used to meet the energy needs of vital organs. The liver and brain, for example, together account for nearly half of the energy expenditure by lean mass. 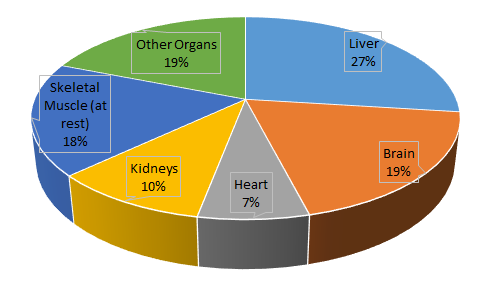 BMR depends not only on body composition but also on body size, sex, age, nutritional status, genetics, body temperature, and hormones (Table 9.1). People with a larger frame size have a higher BMR simply because they have more mass. On average, women have a lower BMR than men, because they typically have a smaller frame size and less muscle mass. As we get older, muscle mass declines, and therefore BMR declines as well.

Nutritional status also affects basal metabolism. If someone is fasting or starving, or even just cutting their caloric intake for a diet, their BMR will decrease. This is because the body attempts to maintain homeostasis and adapts by slowing down its basic functions (BMR) to help preserve energy and balance the decrease in energy intake. This is a protective mechanism during times of food shortages, but it also makes intentional weight loss more difficult.

This is the energy needed to digest, absorb, and store the nutrients in foods. It accounts for 5 to 10 percent of total energy expenditure and does not vary greatly amongst individuals.

Physical activity is another important way the body expends energy. Physical activity usually contributes anywhere from 15 to 30 percent of energy expenditure and can be further divided into two parts: 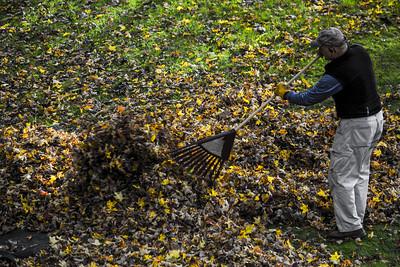 EAT is planned, structured, and repetitive physical activity with the objective of improving health (participating in a sport like soccer or strength training at the gym, for example).

NEAT is the energy expenditure for unstructured and unplanned activities. This includes daily-living activities like cleaning the house, yard work, shopping, and occupational activities. NEAT also includes the energy required to maintain posture and spontaneous movements such as fidgeting and pacing.1

NEAT can vary by up to 2,000 calories a day for two people of similar size, according to Dr. James Levine, the Mayo Clinic researcher who first coined the term. NEAT may be an important component of obesity, and is currently an area of research.

Given the importance of energy’s role in sustaining life, it’s not surprising that energy balance is tightly regulated by complex physiological processes. The brain (specifically the hypothalamus) is the main control center for hunger and satiety. There is a constant dialogue between our brains and gastrointestinal tracts through hormonal and neural signals, which determine if we feel hungry or full. Nutrients themselves also play a role in influencing food intake, because the hypothalamus senses nutrient levels in the blood. When nutrient levels are low, the hunger center is stimulated. Conversely, when nutrient levels are high, the satiety center is stimulated. 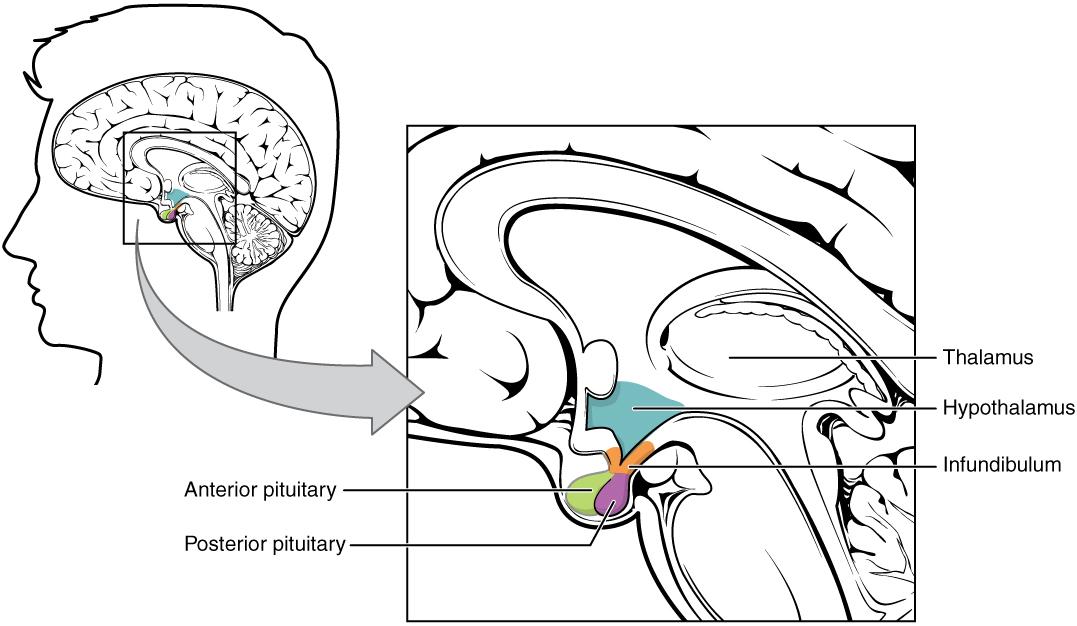 Figure 7.6. The hypothalamus, shown in blue, is about the size of an almond and serves as the hunger center of the brain, receiving signals from the gastrointestinal tract, adipose tissue, and blood and signaling hunger and satiety.

Hunger is the physiological need to eat. When the stomach is empty, it contracts and starts to grumble and growl. The stomach’s mechanical movements relay neural signals to the hypothalamus. (Of course, the stomach also contracts when it’s full and hard at work digesting food, but we can’t hear these movements as well because the stomach’s contents muffle the noise.) The stomach is also the main organ that produces and secretes the “hunger hormone,” ghrelin, the only gut hormone found to increase hunger. Ghrelin levels are high before a meal and fall quickly once nutrients are absorbed.2

Appetite is the psychological desire to eat. Satiety is the sensation of feeling full. After you eat a meal, the stomach stretches and sends a neural signal to the brain stimulating the sensation of satiety and relaying the message to stop eating. There are many hormones that are associated with satiety, and various organs secrete these hormones, including the gastrointestinal tract, pancreas, and adipose tissue. Cholecystokinin (CCK) is an example of one of these satiety hormones and is secreted in response to nutrients in the gut, especially fat and protein. In addition to inhibiting food intake, CCK stimulates pancreatic secretions, gall bladder contractions, and intestinal motility—all of which aid in the digestion of nutrients.2

Fat tissue also plays a role in regulating food intake. Fat tissue is the primary organ that produces the hormone leptin, and as fat stores increase, more leptin is produced. Higher levels of leptin communicate to the satiety center in the hypothalamus that the body is in positive energy balance. Leptin acts on the brain to suppress hunger and increase energy expenditure. The discovery of leptin’s functions sparked a craze in the research world and in the diet pill industry, as it was hypothesized that if you give leptin to a person who is overweight, they will decrease their food intake. In several clinical trials, it was found that people who are overweight or obese are actually resistant to the hormone, meaning their brain does not respond as well to it. Therefore, when you administer leptin to an overweight or obese person, there is generally no sustained effect on food intake.3

Figure 7.7. The structure of the hormone leptin (left), which is primarily produced by adipose tissue. The obese mouse in the photo has a gene mutation that makes it unable to produce leptin, resulting in constant hunger, lethargy, and severe obesity. For comparison, a mouse with normal leptin production is also shown. Such gene mutations are rare, but they serve as a dramatic illustration of the importance of the hormone in signaling energy balance.

The Complexity of Energy Balance

Energy balance seems like it should be a simple math problem, and in fact, it is based on a fundamental truth in physics—the first law of thermodynamics. This law states that energy can’t be created or destroyed; it can only change form. That is, calories that are consumed must go somewhere, and if they aren’t metabolized (which converts caloric energy to heat and work energy), they’ll have to be stored, usually in the form of adipose tissue. What makes energy balance challenging is the reality that both energy intake and energy expenditure are dynamic variables that are constantly changing, including in response to each other.4,5

Let’s first look at the energy intake side. As we’ve already discussed, how much food we eat each day is not just a matter of willpower or self-control. It’s the result of powerful physiological and psychological forces that tell us if we need to eat, or if we’ve had enough. Our brains are hard-wired to seek food if we’re in negative energy balance, an instinct required for survival. This means that if you start to exercise more—increasing your energy expenditure—you will also feel hungrier, because your body needs more fuel to support the increase in physical activity. If you eat fewer calories, perhaps in an effort to lose weight, your stomach will produce more ghrelin, and your adipose tissue will produce less leptin. These shifting hormone levels work together to increase hunger and make you focus on obtaining more calories. People who try to gain weight run into the opposite problem. Their leptin levels increase, suppressing hunger. It’s also uncomfortable to eat beyond satiety, and food doesn’t taste as good.

Even measuring how much energy is consumed is not as simple as you might think. We can measure the caloric content of food from a chemical standpoint, but we can only estimate how much energy a person will absorb from that food. This will depend on how well the food is digested and how well the macronutrients are absorbed—factors which vary depending on the food itself, the digestion efficiency of the person eating it, and even the microbes living in their gut. Two people may eat the exact same meal, yet not absorb the same number of calories.

Energy expenditure is also dynamic and changes under different conditions, including increased or decreased caloric intake. Decreased caloric intake and going into negative energy balance cause a drop in BMR to conserve energy. Muscles also become more efficient, requiring less energy to work, and without realizing it, people in negative energy balance often decrease their NEAT activity level. These adaptations help to conserve body weight and make it more difficult to stay in negative energy balance. People may still be able to lose weight despite their bodies working to prevent it, but maintaining a new, lower weight requires constant vigilance, and weight regain is common.

Research has also shown that people respond differently to positive energy balance. When a group of people are overfed, the amount of weight gained amongst study participants varies widely. In a study of identical twins who were given an extra 1,000 calories per day for 100 days, weight gain varied between 10 and 30 pounds among participants. Weight gain between twins was more similar (though not exactly the same), which may be attributed to genetic factors.6 People gain and lose weight differently; we don’t necessarily follow formulas.

When people say that the answer to the obesity epidemic is to eat less and move more, they’re not wrong. But this is also an oversimplified answer, because of all the complexities underlying energy intake and energy expenditure.