Mendel implied that only two alleles, one dominant and one recessive, could exist for a given gene. We now know that this is an oversimplification. Although individual humans (and all diploid organisms) can only have two alleles for a given gene, multiple alleles may exist at the population level, such that many combinations of two alleles are observed. Note that when many alleles exist for the same gene, the convention is to denote the most common phenotype or genotype in the natural population as the wild type (often abbreviated “+”). All other phenotypes or genotypes are considered variants (mutants) of this typical form, meaning they deviate from the wild type. The variant may be recessive or dominant to the wild-type allele. 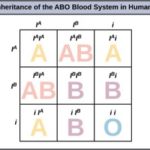 Figure 14: Inheritance of the ABO blood system in humans is shown.

Malaria is a parasitic disease in humans that is transmitted by infected female mosquitoes, including Anopheles gambiae, and is characteried by cyclic high fevers, chills, flu-like symptoms, and severe anemia. Plasmodium falciparum and P. vivax are the most common causative agents of malaria, and P. falciparum is the most deadly. When promptly and correctly treated, P. falciparum malaria has a mortality rate of 0.1 percent. However, in some parts of the world, the parasite has evolved resistance to commonly used malaria treatments, so the most effective malarial treatments can vary by geographic region.