Eye color in Drosophila, the common fruit fly, was the first X-linked trait to be identified. Thomas Hunt Morgan mapped this trait to the X chromosome in 1910. Like humans, Drosophila males have an XY chromosome pair, and females are XX. In flies the wild-type eye color is red (XW) and is dominant to white eye color (Xw) (Figure 15). Because of the location of the eye-color gene, reciprocal crosses do not produce the same offspring ratios. Males are said to be hemizygous, in that they have only one allele for any X-linked characteristic. Hemizygosity makes descriptions of dominance and recessiveness irrelevant for XY males. Drosophila males lack the white gene on the Y chromosome; that is, their genotype can only be XWY or XwY. In contrast, females have two allele copies of this gene and can be XWXW, XWXw, or XwXw. 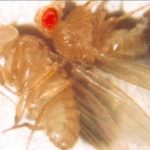 Figure 15: In Drosophila, the gene for eye color is located on the X chromosome. Red eye color is wild-type and is dominant to white eye color.

In an X-linked cross, the genotypes of F1 and F2 offspring depend on whether the recessive trait was expressed by the male or the female in the P generation. With respect to Drosophila eye color, when the P male expresses the white-eye phenotype and the female is homozygously red-eyed, all members of the F1 generation exhibit red eyes (Figure 16). The F1 females are heterozygous (XWXw), and the males are all XWY, having received their X chromosome from the homozygous dominant P female and their Y chromosome from the P male. A subsequent cross between the XWXw female and the XWY male would produce only red-eyed females (with XWXW or XWXw genotypes) and both red- and white-eyed males (with XWY or XwY genotypes). Now, consider a cross between a homozygous white-eyed female and a male with red eyes. The F1 generation would exhibit only heterozygous red-eyed females (XWXw) and only white-eyed males (XwY). Half of the F2 females would be red-eyed (XWXw) and half would be white-eyed (XwXw). Similarly, half of the F2 males would be red-eyed (XWY) and half would be whiteeyed (XwY). 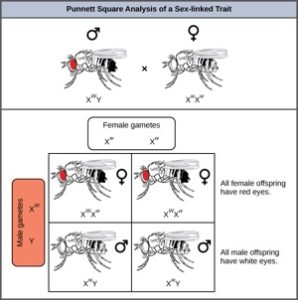 Figure 16: Crosses involving sex-linked traits often give rise to different phenotypes for the different sexes of offspring, as in the case for this cross involving red and white eye color in Drosophila. In the diagram, w is the white-eye mutant allele and W is the wild-type, red-eye allele.

Discoveries in fruit fly genetics can be applied to human genetics. When a female parent is homozygous for a recessive X-linked trait, she will pass the trait on to 100 percent of her male offspring, because the males will receive the Y chromosome from the male parent. In humans, the alleles for certain conditions (some color-blindness, hemophilia, and muscular dystrophy) are X-linked. Females who are heterozygous for these diseases are said to be carriers and may not exhibit any phenotypic effects. These females will pass the disease to half of their sons and will pass carrier status to half of their daughters; therefore, X-linked traits appear more frequently in males than females.

In some groups of organisms with sex chromosomes, the sex with the non-homologous sex chromosomes is the female rather than the male. This is the case for all birds. In this case, sex-linked traits will be more likely to appear in the female, in whom they are hemizygous.